What does future hold for Knicks’ Jarrett Jack? 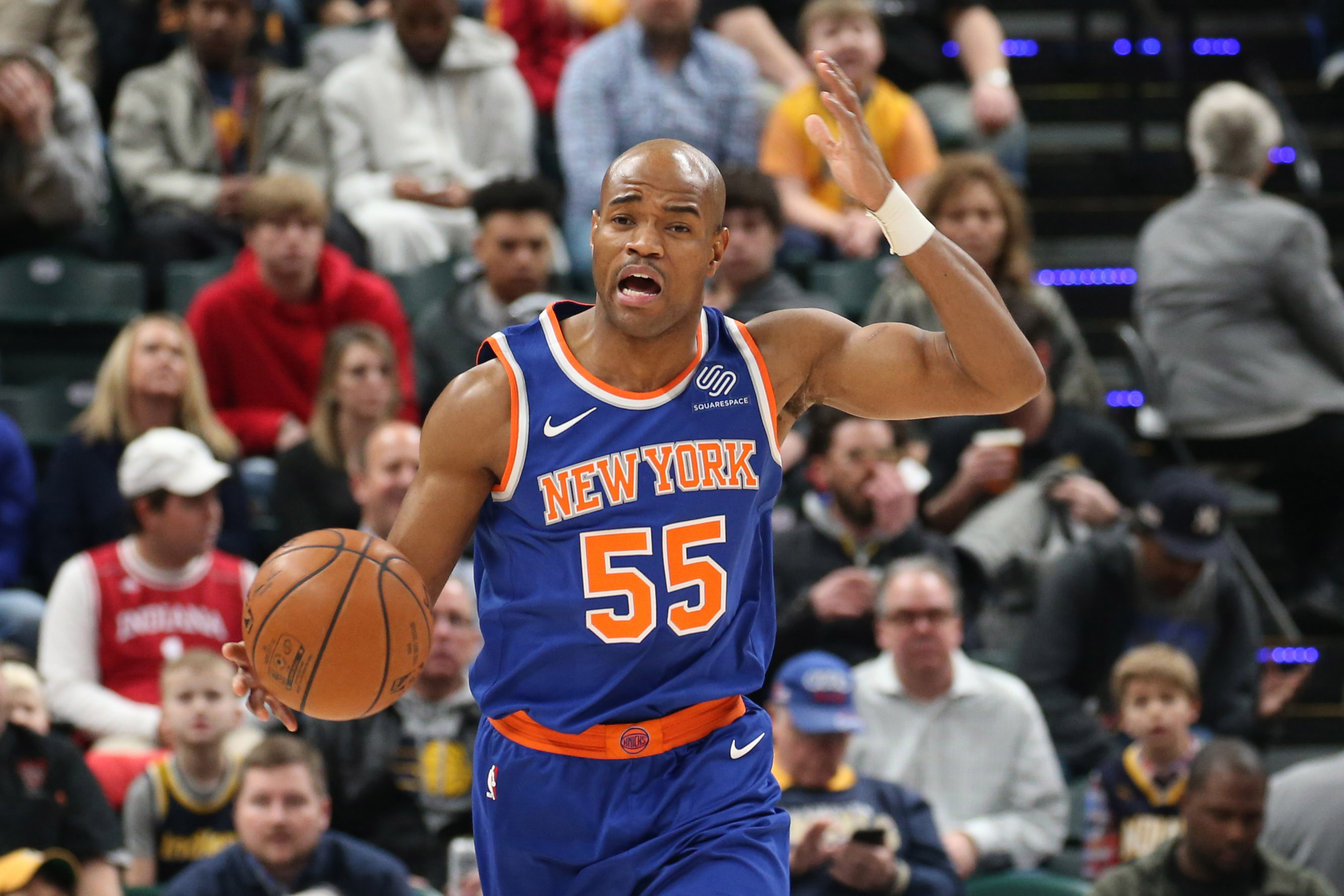 What does future hold for Knicks’ Jarrett Jack?

Following the Knicks’ 125-111 loss to the Warriors on Monday, Jarrett Jack’s third straight DNP-CD became official. The veteran hasn’t played since his team returned from the All-Star break. After New York started the season 0-3, Jack emerged as the most steadying of forces, helping the Knicks achieve an 17-14 record after being inserted into the starting lineup.

With the 34 year old leading his troops toward contention, the playoffs suddenly became a real possibility. But these inexperienced Knicks encountered some growing pains and had streaky hopes at best. The season-ending injury to Kristaps Porzingis altered everything and New York was forced to shift its focus, leaving Jack out in the cold. After averaging 7.6 points, 5.8 assists, and 3.1 rebounds, he has taken a complete back seat to the point guard brigade of Emmanuel Mudiay, Frank Ntilikina, and Trey Burke.

Jack was expected to transition his way behind Ntilikina eventually, but this sudden change was a shock, much like the veteran’s earlier emergence was in more positive fashion. He became, by many accounts, the most important Knickerbocker. Even if the team is no longer competing, brushing him aside is no way to reward his career perseverance and the early stability he provided.

According to the New York Daily News, Jack prefers to be on the court, but if not, there may be greener pastures to explore. “I’ve never done it before to jump from one team in the middle of the season to a playoff squad. I know that’s what other guys have done. To be honest, I don’t really know,” he said. “Maybe I do need to sit down and look at a list of what my best possible options are.”

As nice as it is to have a veteran player to mentor up and coming prospects and teach them the tools of the trade, Jack has proven he has much more to offer. His play wasn’t very flashy and he certainly didn’t display much explosiveness around the rim, but he often guided his teammates across the court and found them in the right spots for easy buckets. He’s a very capable player whose maturity and high basketball IQ could really benefit a playoff team — not only from the sidelines, but on the court as well.

For all that he’s done for the club this season, the Knicks should have mercy on Jack’s situation and waive him before the March 1st deadline so that he can sign with a playoff contender. An organization should display consideration in instances like this. It’d be a shame to see all he has to offer go to waste, especially since he’s come all this way following his torn ACL, to contribute.