With Trade Deadline Behind them, Islanders Looking Towards Final Stretch Of Season 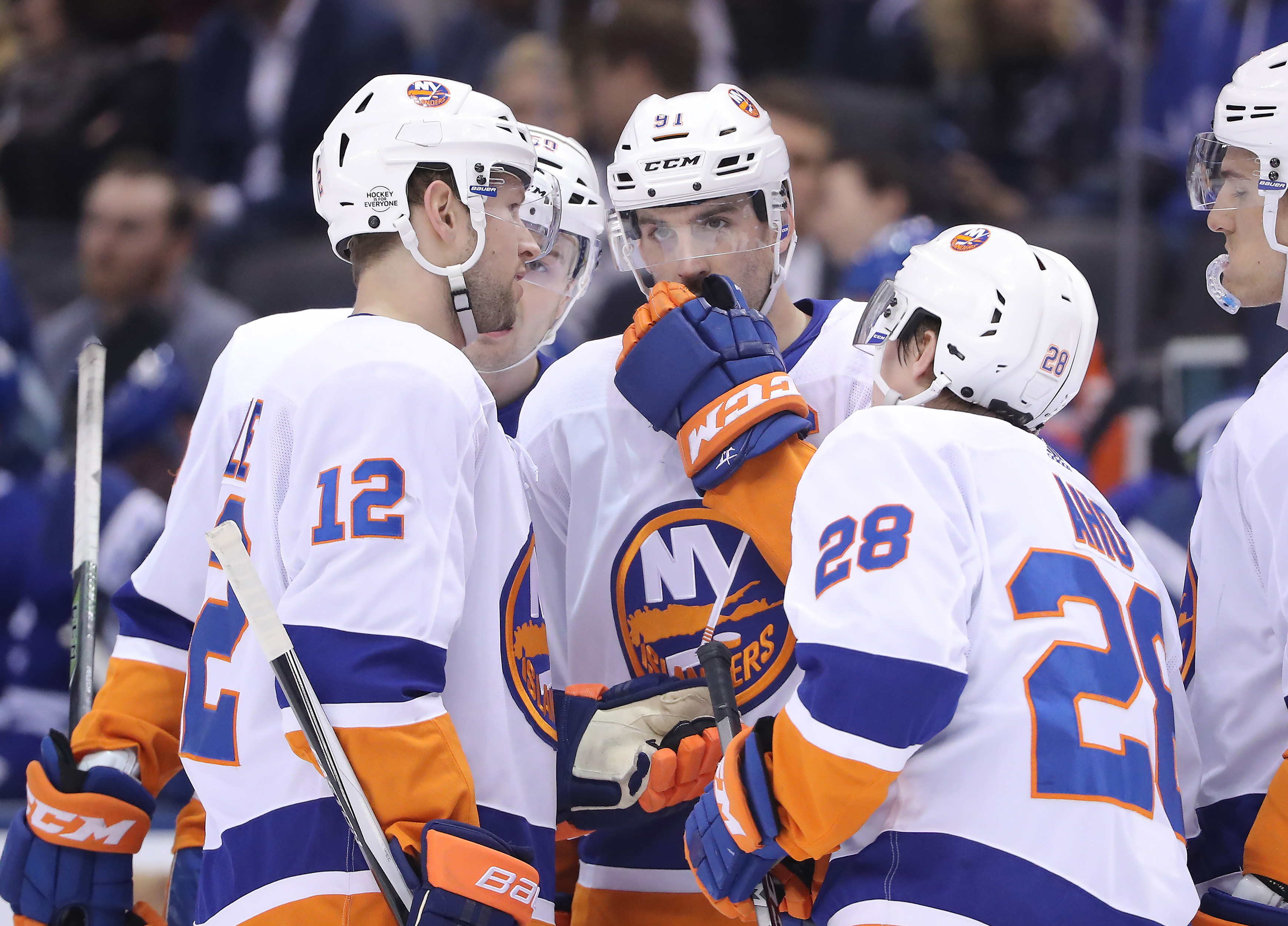 With Trade Deadline Behind them, Islanders Looking Towards Final Stretch Of Season

EAST MEADOW, N.Y. — A certain weight has been lifted off the Islanders’ shoulders with the trade deadline having come and gone with very little changing ahead of the final 19 games of the year. However, an even greater weight remains as they try to claw their way back into a playoff spot.

“It’s a day that looms whether you’re in a dogfight and you say you’re not thinking about it or you’re out of the playoffs,” Islanders head coach Doug Weight said about the deadline. “Or you’re the best team in the league. It looms on everybody. It’s good to put behind us.”

What’s in front of the Islanders is a daunting task to try to and work their way back into a playoff spot, which begins on Wednesday in Montreal. The Islanders will play a home-and-home with the Canadiens before embarking on a four-game road trip that will take them to Pittsburgh, Vancouver, Edmonton and Calgary.

The six-game stretch provides the Islanders a chance to make up ground against several teams already out of the playoff equation. They’ll also have to face a Penguins team they have not beaten yet this season and a Flames squad that rallied from a 2-0 deficit to defeat the Islanders 3-2 earlier this month.

“We kind of have to look at every game right now from here on out (as a playoff game),” Anders Lee said. “It’s a similar situation to last year. Our playoffs kind of start now and we really have to put some games together.”

The Islanders have won four of their last 11 games and picked up 10 of a possible 22 points in that span.

“Every point is so valuable so it can be overwhelming to think about all 19 games,” John Tavares said. “It’s just one game at a time. Just be as best prepared as you can be. Take each and every day to get better and keep working and pushing ourselves. It will be over before we know it and we just want to make sure we put our best foot forward.”