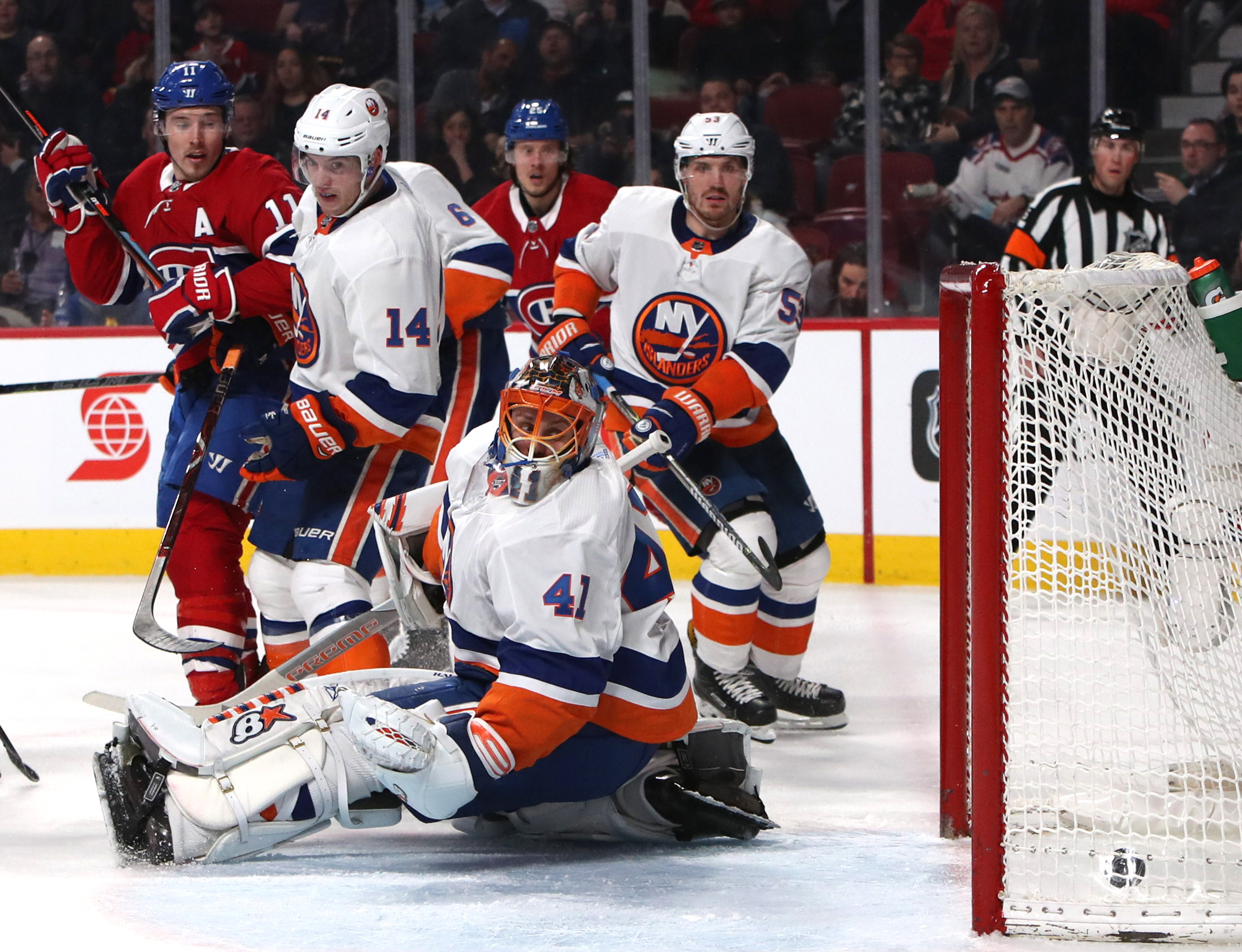 In the leadup to Wednesday night’s game against the Montreal Canadiens, the Islanders talked about how each of their last 19 games needed to be treated like a playoff game. After a 3-1 loss to the Canadiens at the Bell Centre, and with 18 games left on the calendar, the Islanders might as well be down 0-3 in the final few minutes of Game 4 as far as their playoff hopes are concerned.

It has become an all too common sight in the past few weeks where the Islanders saw themselves lose a winnable game in the most crucial part of the season. The visitors from Long Island/Brooklyn played well enough, scored the first goal of the game, held their opponent to 26 shots on goal and out-attempted the Canadiens 62-40 at even strength.

Still, it wasn’t enough to leave the first game of a home-and-home with the Canadiens with a win and two valuable points in the standings. The Islanders offense was snakebitten, another trend that has developed, their goaltending wasn’t sharp and a handful of mistakes cost the Islanders in the end.

And there doesn’t seem to be too many answers for how to turn things around. Just frustration.

John Tavares slammed his stick in frustration after having a redirection attempt stopped by Antti Niemi. The MSG Plus cameras caught Ryan Pulock break his stick on the bench after the final buzzer sounded.

“We’re playing some good games, we’re doing the right things, it’s just not enough right now,” Anthony Beauvillier said, via Newsday. “We’re not scoring as many goals as we used to. It’s hard explaining it actually. Everyone’s thinking a little too much. It’s mental. Everyone’s trying to find their game.”

That’s how the cookie has crumbled since the Islanders incredible first two months of the year gave way to a turbulent last three.

The Islanders have now dropped four games in a row, which comes after what looked like a turnaround for the team when they defeated the New York Rangers and Carolina Hurricanes in back-to-back games. Even the whacky come from behind overtime win over the Detroit Red Wings on February looked as though it could have been a rallying cry for the Islanders to turn things around.

Instead, things haven’t changed too much, in fact, things have continued to slide in the opposite direction.

The Islanders playoff hopes are getting slimmer with each loss. They remain four points behind the Columbus Blue Jackets for the final wild card spot in the east, but that could change after Thursday.

The Blue Jackets take on the Los Angeles Kings at 10:30 and a win would move them six points in front of the Islanders and the Carolina Hurricanes — tied with the Islanders at 65 points — take on the Philadelphia Flyers. The Islanders also have the Florida Panthers nipping at their heels with 64 points and four games in hand over the Islanders.

The Panthers take on the New Jersey Devils on Thursday as well.

The Islanders situation was precarious, to say the least, before Wednesday Night’s loss. Now it’s gone beyond that.

They aren’t out of it just yet, but their situation is as dire as it gets. An amazing fact considering the Islanders looked like they would be a lock for the playoffs in November.