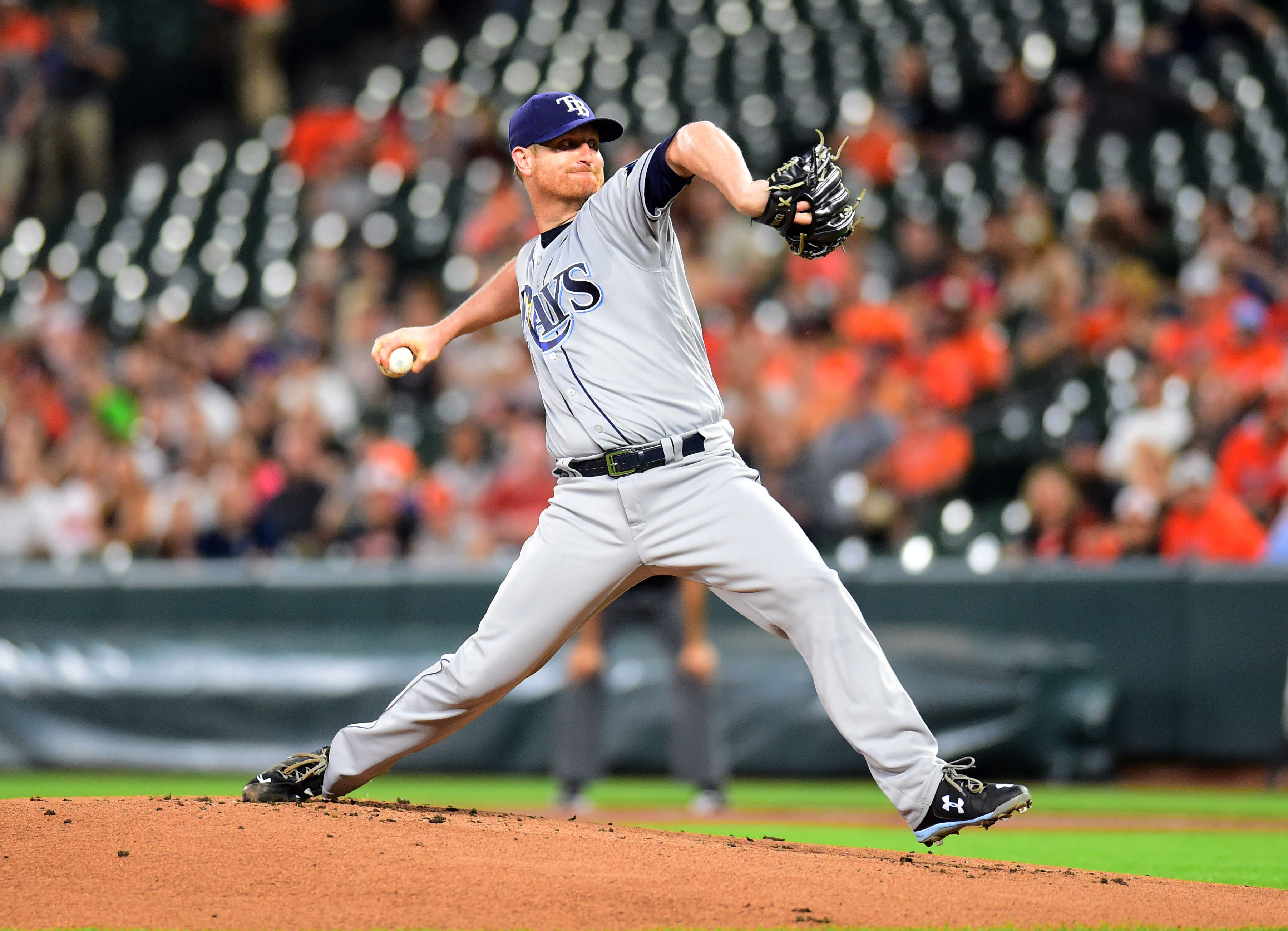 Spring Training is officially in full swing, and now that the calendar has flipped to March, we’re less than a month away from Opening Day. Signs of baseball making its triumphant return can be seen everywhere.

Except when you take a quick glance at the remaining unsigned free agents.

There was a mini-surge of signings once pitchers and catchers reported to their respective Spring Training complexes, but there are still plenty of players still in need of a job for 2018. Outside of Yu Darvish finally getting paid, other top pitchers like Jake Arrieta, Alex Cobb, and Lance Lynn remain on the sidelines while waiting for a contract to their liking.

Some of these squads are keeping their eyes peeled out of luxury, but some are doing it due to necessity. Based of need and the probability of something coming together, which of these organizations has to land one of these pitchers the most for 2018 (and potentially, beyond)?

Once they acquired Giancarlo Stanton to bolster one of baseball’s most potent offenses, Yankees general manager Brian Cashman has been consistently poking around the starting pitching market. They were reportedly pursuing Gerrit Cole before he was traded to the Houston Astros and also considered Darvish if he lowered his asking price.

So it’s not shocking to see the Yankees surface in this report, but it certainly seems like more of a luxury than anything else.

A team can truly never have enough pitching, but they’re set up pretty nicely. The top four spots of the rotation are all but locked in for Masahiro Tanaka, Luis Severino, CC Sabathia, and Sonny Gray. New York’s fifth spot is open for competition, with Jordan Montgomery — whose 12.2% swinging-strike rate was one of baseball’s 20 best marks among hurlers with 100-plus innings last year — and Chad Green seemingly being the two best options.

Fresh off a 97-win season, the Nationals enter 2018 without any major holes in their roster (outside of catcher, that is). They had one of baseball’s best rotations last year, with a 3.63 ERA that ranked third-best and a 17.3 fWAR that ranked second-best in the National League.

Similar to the Yankees, Washington’s first four rotation spots are rather solid in Max Scherzer, Stephen Strasburg, Gio Gonzalez, and Tanner Roark, but the fifth spot is up for debate. The current favorite seems to be A.J. Cole, who is out of minor league options. They should also be getting Joe Ross back sometime this summer, who is recovering from Tommy John surgery.

With only the New York Mets looking like any kind of threat in the NL East, Washington is far from desperate for another addition. However, it wouldn’t be surprising to see them jump in and sign Arrieta, but only because he’s a Scott Boras client, which makes up a large portion of the current Nationals roster.

Did the Rangers basically revamp their starting rotation this winter? Yes, they did. Should it make anyone confident about their potential production? Not quite.

Early in the offseason, Texas signed Mike Minor and Doug Fister, along with acquiring Matt Moore via trade. Fister’s performance was up-and-down for the Boston Red Sox last year, Minor hasn’t started a big league game since 2014, and Moore’s 5.52 ERA was the worst among qualified pitchers in 2017.

Furthermore, Martin Perez will likely start this season on the disabled list, while reliever Matt Bush is being stretched out to potentially be a starter. Cole Hamels, the leader of this staff, is hoping to bounce back from his worst performance ever in the big leagues as a 34-year-old.

Texas could absolutely use one of these three hurlers, and while general manager Jon Daniels won’t rule anything out, the organization has consistently said they wouldn’t be making a huge free-agent splash. Although moving to a six-man rotation keeps the possibility alive, they do have Bartolo Colon and Jesse Chavez in camp as potential depth options.

Aaron Nola (who could be a dark horse Cy Young candidate), Jerad Eickhoff, and Vince Velasquez are likely entrenched in Philadelphia’s rotation, but the same can’t be said about Nick Pivetta and Ben Lively, who both have two minor-league options remaining.

The Phillies likely aren’t going to compete for a playoff spot this season, but with the additions of Pat Neshek (again), Tommy Hunter, and Carlos Santana, it seems as if they feel like they’re getting close. They’ve also been tied to Arrieta recently, as the two sides were reportedly having dialogue over a potential deal last week.

Arrieta is likely still looking for a significant commitment while the Phillies want some kind of short-term pact. They could emerge as a serious player for the right-hander’s services if nothing else materializes soon, though. And if and agreement does happen, he’d bring a recent track record of success and stability that’s missing from Philly’s current rotation mix.

They are keeping their options, though, as Philly has also had recent contact with Lynn.

The Orioles began their winter with only two sure things in the rotation: Dylan Bundy and Kevin Gausman. It took a while, but the front office has filled a couple spots by re-signing Chris Tillman and bringing in Andrew Cashner on a two-year deal.

Actually having guys they can run out every fifth day is great, but for a team who will likely be trying to compete in 2018 (after all, they didn’t trade Manny Machado), these weren’t the best options when considering risk. Tillman had been one of Baltimore’s better hurlers in recent years entering 2017, but he had to settle for a one-year contract after struggling to a 7.84 ERA, 5.76 SIERA, and 37.7% hard-hit rate allowed through 93 innings.

Cashner brings solid recent production based off his one-year stint with the Rangers, but it came with some scary-looking peripherals.

Roster Resource currently pegs Gabriel Ynoa — who is out of minor-league options — as the Orioles’ fifth starter. He’s only thrown 53.2 innings in parts of two big league seasons, but hasn’t experienced a huge amount of success when peeping his 4.92 ERA.

Baltimore has become known for waiting out the free-agent market to extract value, but with some notable players expected to hit the open market next winter (like Machado and Adam Jones), it’s doubtful they’d be willing to offer more than a couple years on any potential contract.

After acquiring both Lorenzo Cain and Christian Yelich in the span of about an hour, there also appeared to be a logjam with regard to competent outfielders in Milwaukee. Domingo Santana saw his name in trade rumors, but with nothing materializing to this point, the Brewers are attempting to get creative to fit the necessary players into their every-day lineup.

Chase Anderson and Zach Davies provide a solid foundation for the Brewers’ starting staff, but it gets dicey from there without Jimmy Nelson in the picture for a significant portion of the year. At the moment, Jhoulys Chacin, Yovani Gallardo, and non-roster invitee, Wade Miley, are penciled into the final three spots, per Roster Resource.

Brandon Woodruff and Brent Suter will undoubtedly challenge for time in the back end of this rotation, but they need one of these available hurlers the most if the goal is to challenge the Cubs in the NL Central. And judging from how they revamped their outfield, that’s exactly what they’ll be trying to do.

If anything does come to fruition, Milwaukee will definitely try to suppress the asking price as much as possible, but with one of baseball’s lowest payrolls heading into this year, the flexibility to stretch outside their financial comfort zone is there.