Your Morning Dump... Where the bench might be figuring it all out 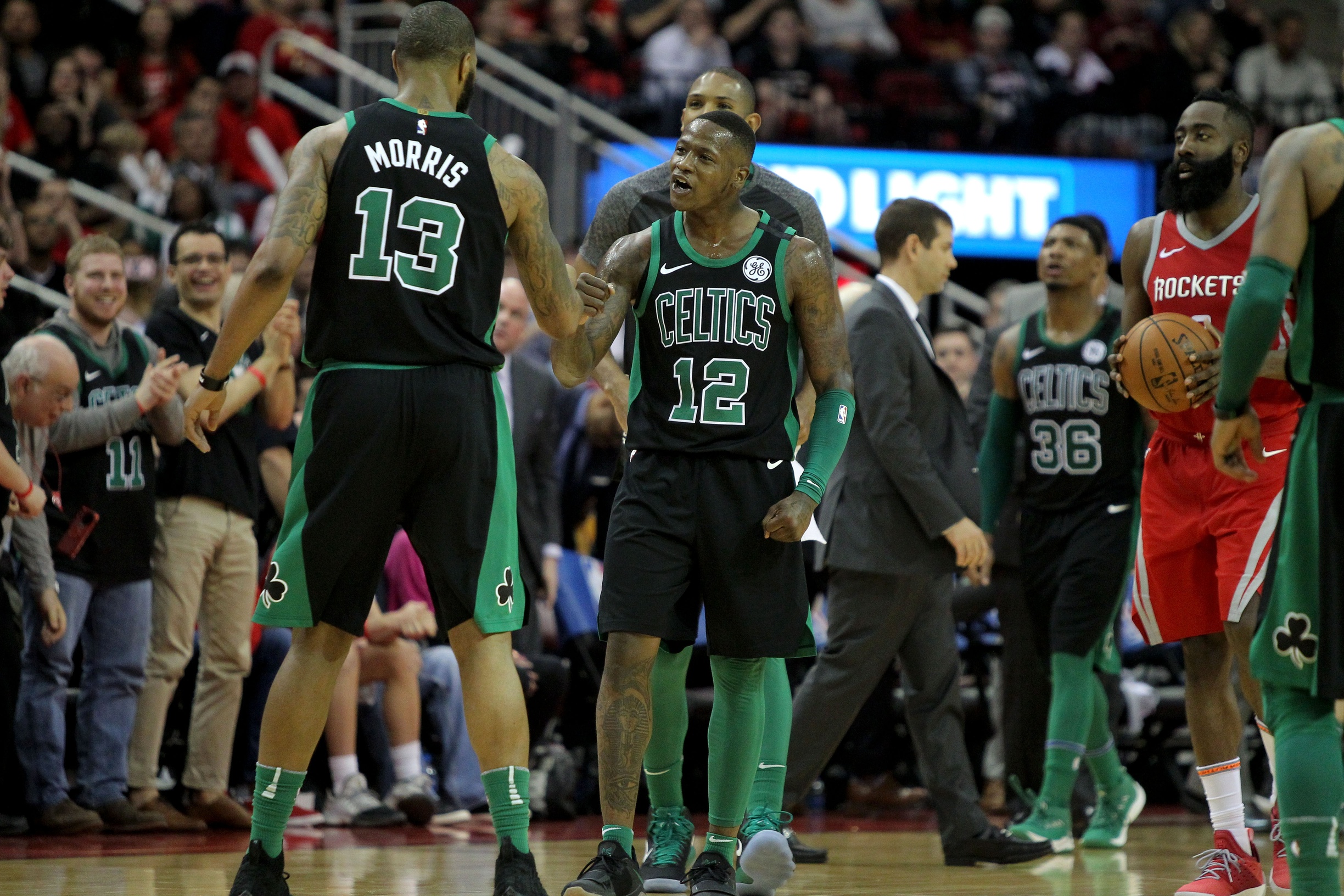 Your Morning Dump... Where the bench might be figuring it all out

“They were great,” said Celtics head coach Brad Stevens of his second unit players. “I didn’t think we were great out of the gates, but we were great off the bench and I thought obviously Terry (Rozier III) is playing at a high level. I thought (Marcus) Smart was great in the first half, and Greg Monroe played great, and I thought Marcus (Morris) obviously had another really good game. We’re going to need those guys and then some to continue to help us.”

Leading the Celtics’ second unit scoring was Morris who had a team-high 21 points. In fact, three of Boston’s top four scorers on Saturday came off the bench.

“We’re just going out there and playing,” said Morris when asked about the improved play of the bench since returning from the All-Star break.

Said Rozier: “We know we can play. We’re here for a reason. A lot of people may have their doubts; there are a lot of things that weren’t going well throughout the season. But we’re the ones that have to play. We have to keep it going, finish out the season strong for our team.”

The Celtics have spent a lot of this season looking for some kind of answers when Kyrie Irving and Al Horford are off the floor. But lately the Celtics typical second quarter swoons have disappeared.

I think the first place we have to start is the return of Marcus Smart. The Celtics just have a different energy level when Smart is on the floor. Smart is +7.8 since the All Star break, compared to a +3.5 before it. The Celtics obviously need Smart on the floor to be their best individual defender and facilitator (his assists are up slightly post-All Star, and his turnovers are down).

Marcus Morris has also been a key reason for this bench unit’s performance. The Celtics started the season without him and he was slow to pick things up because of lingering knee pain. Now that he’s comfortable, he’s producing much more consistently. His post All Star numbers stand out: +1.6 ppg, +5% fg, +1.5% 3pt, and an overall +/- of 8.8 vs. a -.3 pre break.

Those numbers feel more sustainable than, say, Terry Rozier’s numbers since the break. Tito is on fire right now, shooting 52% from the field and from 3 since the break. He’ll come back down to earth a little bit but Rozier has found a bit of a groove here that shows he’s getting more comfortable with his bench teammates as well.

And of course there’s Greg Monroe, who has, in back to back games, checked in with his “best game as a Celtic.” Last night’s 18 point, 6 rebound effort was huge… so huge that the Monroe haters left my Twitter mentions and were replaced by the Horford haters who wanted Monroe to finish the game instead of Al.

Horford had a bad game and has not been great since the All Star break. He knows it too.

Al Horford took the blame for the C's struggles down the stretch tonight: "This is a tough one for me personally…I'm really going to look at this one and learn and be better from it."

Until he breaks out of this slump, the bench will have to step up and pick him up a bit. Monroe figuring things out is a big help and having him draw attention with that second group can help get these hot hands cleaner looks at the basket.

Eventually, the Celtics will figure this out and put a solid starting and bench unit out there that performs consistently throughout the game. Last night the Celtics damn near beat the best team in the NBA in a mostly awesome game where two of their stars struggled. If the Celtics can get this thing buttoned up in time for the playoffs, then they become very dangerous.

Page 2: Kyrie Irving is bad at missing on purpose

“I suck at them,” Irving told reporters in Houston after trying — and botching — two intentional misses during the final seconds of a 123-120 loss to the Houston Rockets. “I’ve been up there probably four, five times and I’ve failed every single time trying to miss on purpose. I don’t know. Don’t ask me. I keep telling my teammates I’m not good at missing. I’m not. I’m serious.”

After the game Kyrie said he’s going to have to practice missing… which is both hilarious and brilliant because there SHOULD be a strategy for missing. Consider it the NBA version of the onside kick.

What should that strategy be? Some might say you try to whip it off the front of the rim so it can bounce back to the shooter for a floater. Maybe you stack one side of the floor with your best rebounders and try to some kind of tip out play.

I like the latter. Start Rozier on the right behind Kyrie at the FT line… put Monroe and Theis on the right side… loft a high shot wide right… and then hopefully one of those guys can tip it towards the baseline, where Rozier has run for a shot.

Whatever it is, there’s value in setting up a play for those situations. Even if it only works once, that’s a win.

“Nene was trying to screen me and he just nicked my knee right underneath my pad,” Smart told reporters in Houston after falling to the Rockets, 123-120. “I’m sure everybody who has been kneed before knows the pain. But … it will be all right.”

Smart added: “I knew what it was. I tried to finish the possession and when I tried to box Nene out my knee just — I couldn’t go. I just had to take a seat. I knew what it was when it first happened and I felt it. But it’s nothing. It’s minor. It’ll be fine tomorrow.”

When it first happened I thought it was a non-contact injury like an ACL or something. Thankfully it’s not a big deal.

ESPN Boston: Rockets use late run in last four minutes to steal a win against Celtics  |  Coach on Hayward: ‘He’s not playing this year’