Paul DeJong's Extension Is a Win for Him and the St. Louis Cardinals 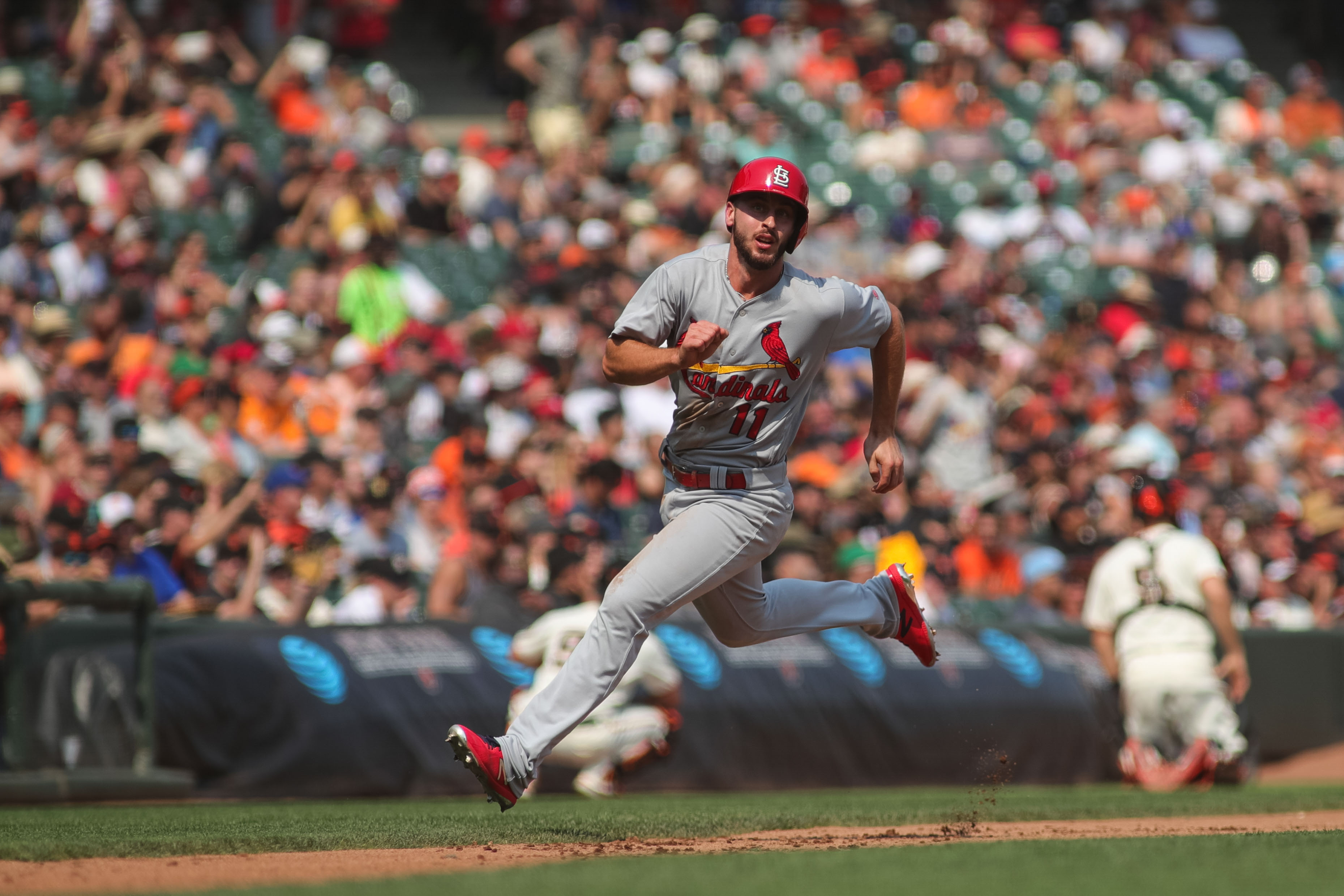 Paul DeJong's Extension Is a Win for Him and the St. Louis Cardinals

While there are still plenty of unsigned free agents, March is typically when we see a number of younger, team-controlled players sign extensions with their respective teams. We can add St. Louis Cardinals shortstop Paul DeJong to that list.

Despite just having 443 plate appearances and 108 games in the big leagues under his belt, St. Louis has officially made a commitment to the soon-to-be 25-year-old with a six-year, $26 million deal. There are also two club options that could push this agreement to eight years and $51.5 million, per Derrick Goold of the St. Louis Post-Dispatch.

If you’re wondering whether this is some kind of record, you’d be right — DeJong’s deal is now the highest guarantee for an MLB player with less than one year of service time. He narrowly beats out Tim Anderson‘s six-year, $25 million deal with the Chicago White Sox.

It seems early for an extension like this to take place, but it makes sense on all fronts.

DeJong’s 2017 campaign is impressive in his own right, but it’s even more impressive when considering his situation at this time last year.

Aledmys Diaz was fresh off a breakout rookie season of his own, earning the right to be St. Louis’ starting shortstop to begin the year. He couldn’t rekindle the magic he produced for quite some time, though, before eventually getting demoted to Triple-A.

Diaz and DeJong were both on the big league roster for a bit — DeJong debuted on May 28th — but he mostly played second base upon his arrival. Once his fellow shortstop was out of the picture, he became the every-day shortstop from June 27th to the end of the season.

The total body of work included a .285/.325/.532 line with 25 home runs and 65 RBI during those 443 plate appearances. That also led to a healthy .247 ISO, .359 wOBA, 122 wRC+, and 3.0 fWAR, which helped him finish second in National League Rookie of the Year voting. Even if we just look at his offensive production exclusively as a shortstop, he’d be among the league leaders at his position despite significantly less playing time.

And although his defense was merely average when using Defensive Runs (DRS) as the barometer, it was leaps and bounds better than Diaz.

That meant he rated average.

But he was a notable upgrade for Cardinals over Aledmys Díaz, who was -10 DRS last season

One doesn’t have to look very long to see that DeJong’s plate-discipline numbers are a bit concerning — he posted just a 4.7% walk rate, 28.0% strikeout rate, and 13.3% swinging-strike rate last year. This has been a trend throughout his minor-league career, too.

Playing time has varied with each stop throughout St. Louis’ farm system, but his walk rate has steadily decreased from 13.3% in rookie ball down to 4.7% in Triple-A, along with a strikeout rate that’s been higher than 24.0% in both Double-A and Triple-A.

What is encouraging, though, is how these numbers progressed throughout each month during his rookie season (we’re throwing May out because he only had 11 plate appearances).

Those numbers in the final month could be a little skewed because of September call-ups, but DeJong did get better as the season went on. This also tells us he can make adjustments despite word getting out about him around the league. After posting an 89 wRC+ in June, that number stayed above 115 in each of his final three months.

It’s also worth noting that DeJong’s 33.6% chase rate wasn’t drastically higher than the league-average rate of 29.9%. If he can turn his aggressiveness inside the strike zone — 72.3% swing rate on strikes was nearly six percentage points higher than the league average — into more contact (82.4% contact rate in the zone, 85.5% league average), then he’d really be in business.

As a young player already with considerable success despite those plate-discipline issues, we can at least assume (for now) that he’ll improve in this area with more experience.

A Win for the Cardinals

Well, of course this is a win for the Cardinals, right?

They get what looks to be a powerful offensive shortstop (and one that’s capable on defense) to anchor the position for the foreseeable future. With second baseman Kolten Wong also under control until at least 2020, St. Louis gets some consistency for their middle infield defense.

Capitalizing on DeJong’s breakout rookie season now also allows them to hypothetically pay pennies on the dollar for what should be the best years of his career. The money is fully guaranteed whereas arbitration salaries are not, but this isn’t as huge of a risk as it might initially seem.

While we’re talking about millions of dollars here, let’s not forget that MLB teams make a lot of money, and the Cardinals were willing to take on more than $200 million of Giancarlo Stanton‘s contract this past winter.

Having this cost certainty gives the front office a clearer picture as to what future payrolls could look like. That could help them when pursuing free agents in next winter’s star-studded class.

A Win for DeJong

There are likely plenty of people who think this deal comes up very short when looking at DeJong’s production and situation. It’s just as easy to see other situations where something like this worked out in the player’s favor, though.

Remember when it seemed crazy that first baseman Jon Singleton signed a $10 million contract before even debuting in the big leagues for the Houston Astros back in 2014? Well, here we are four years later, and Singleton has produced just a .171/.290/.331 triple slash in 420 MLB plate appearances. It was probably the best business decision he made with regard to his career.

Looking at Anderson’s deal with the White Sox is a great recent example. He didn’t flash the same kind of power that DeJong did as a rookie, but Anderson also was light on the walks (3.0% walk rate) and heavy on the strikeouts (27.1% strikeout rate) while producing a 97 wRC+ through 431 plate appearances in 2016.

Being about a year younger than DeJong is important to note (and he dealt with off-field issues that are absolutely worth mentioning), but he took a step back with a similar-looking strikeout rate (26.7%), a lower walk rate (2.1%), and just a 78 wRC+ en route to 0.2 fWAR.

Could DeJong be sacrificing some dollars by not going through arbitration if he keeps improving? Yes, but he gives himself and his family the security that he otherwise wouldn’t have. The team options would buy out his first two free-agent years, but have you seen what free agency looked like this past offseason? I’d be happy to lock in a life-changing sum of money as early as possible, too. Early-career success doesn’t always equal a huge payday at the end of it all — just ask Matt Harvey how much things can change over the course of a few seasons.

This extension was a bit surprising given DeJong’s current level of service time. However, it’s easy to see why he and the Cardinals had mutual interest in getting something done. And from the looks of it, everybody benefits.