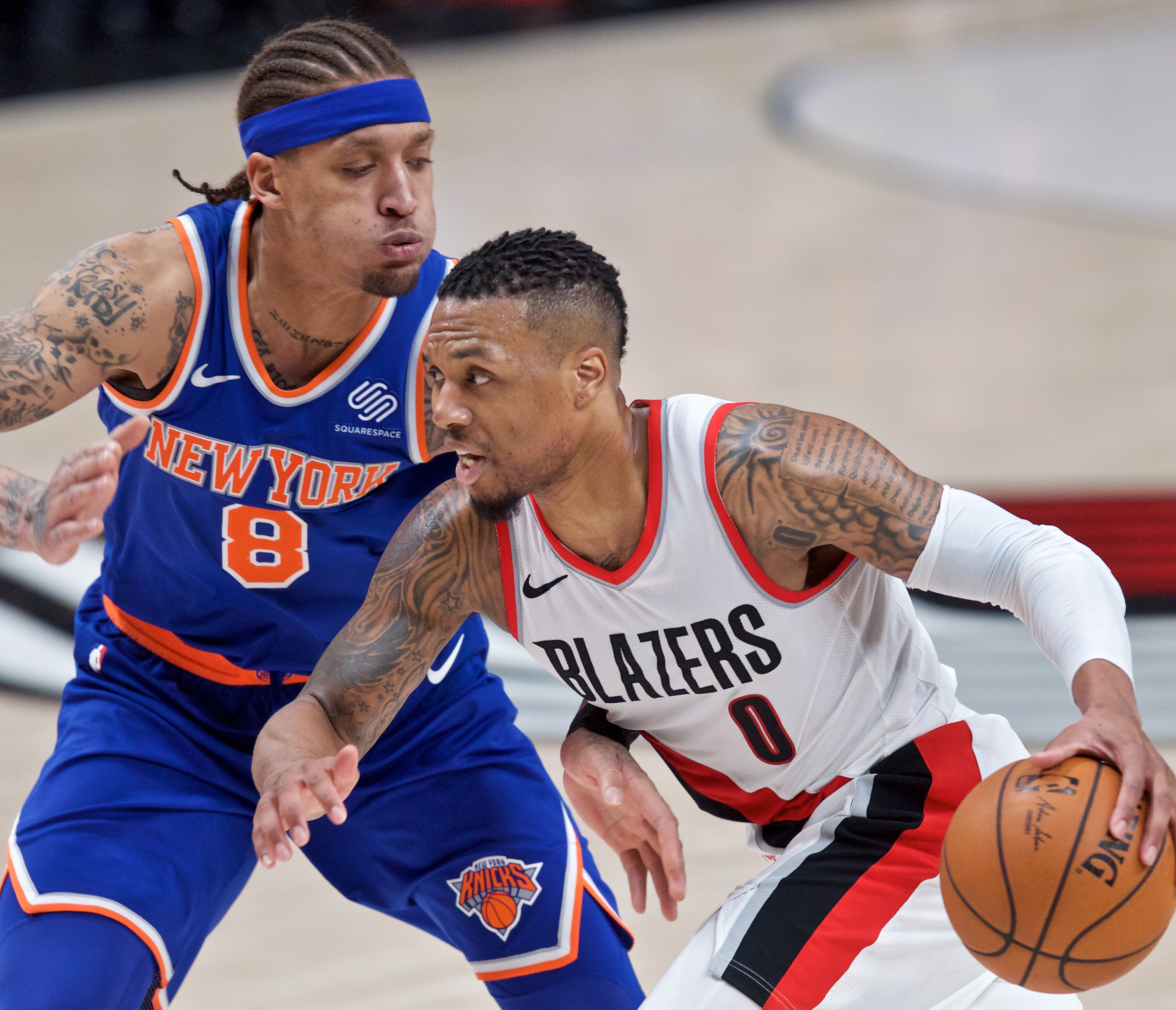 The Knicks’ transition toward the future took a next step forward on Tuesday night, with Frank Ntilikina receiving his first career start. As New York pivots to explore the 19 year old’s potential at two-guard, he started alongside Emmanuel Mudiay and the pair had a steep challenge bestowed upon them, tasked with containing Damian Lillard and CJ McCollum.

Unfortunately for the Knicks, despite the promise of their prospects, it didn’t take long for the Blazers’ starry backcourt to light things up. Lillard exploded for 37 points, draining 8 shots from deep and his partner in crime McCollum added 19 while converting on 5 three-point field goals of his own. It may have been a sunny day earlier in Portland, but it’s safe to say the pair made it rain in evening. New York was no match.

The well established duo really exposed each of the Knicks’ point guards. Mudiay is the type of player whose defensive vulnerabilities impact his attitude on the other end of the floor. The 22 year old looked despondent and discouraged, committing six turnovers. On the flip side, Ntilikina’s defensive prowess didn’t show against McCollum. By moving him to shooting guard, New York is essentially diluting the advantage the lengthy 6’5″ youngster has over opposing floor generals. Assigned to guarding a crafty scorer at shooting guard, Ntilikina looked as though he couldn’t keep up.

Once again, the third quarter turned out to be the Knicks’ doom. Though the first half was somewhat competitive, Portland appeared confident in what began as a narrow lead. Unlike New York, they were hellbent on not relinquishing it and outscored their opponent by double-digits in the third quarter alone.

Lillard and McCollum helped their team run away with an 111-87 victory. Mudiay and Ntilikina were exposed as bad as they’ve been to date, and once the Blazers set the tone, there was very little hope for the Knicks to chip away. It was just one of those nights. The poor outing proved to be contagious all around, with Trey Burke struggling from the field as well. All told, the the trio shot a combined 5 of 28, including 0 for 6 from downtown.

Putting forth a losing effort and not matching up to superior players has become commonplace for the Knicks without Kristaps Porzingis these days. That said, on a night like this, the guards struggled mightily and no evident progress could be found or accounted for. As far as this team is concerned, that’s the worst kind of defeat as they continue putting the finishing touches on an otherwise demoralizing campaign.