Zack Godley's Curveball Is Ready for the Season to Start 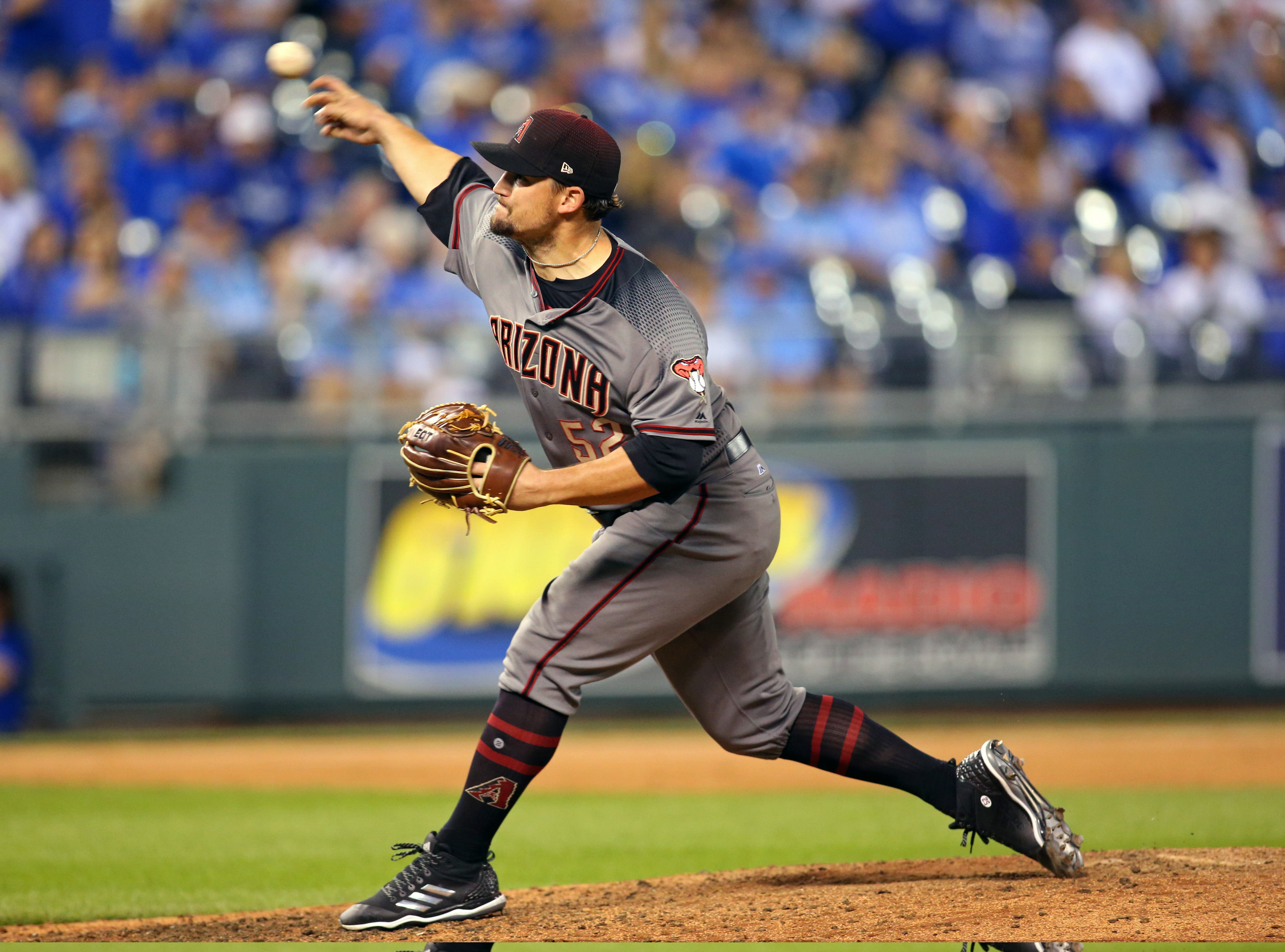 Zack Godley's Curveball Is Ready for the Season to Start

For a team’s rotation to perform as well as the Arizona Diamondbacks’ group of starters did in 2017, there’s usually a pitcher or two in there that performed way above expectation. Right-hander Zack Godley fits the bill in this particular instance.

Arizona went from having the league’s second-worst rotation ERA in 2016 (a 5.19 mark) to producing the third-best mark (3.61) this past season. Godley didn’t make his first start until April 26th, but quickly made an impression and stuck on a staff that had five different hurlers make at least 25 starts in 2017 (Zack Greinke, Robbie Ray, Patrick Corbin, Taijuan Walker, and Godley).

A huge key behind his breakout campaign was the usage and effectiveness of his curveball, a pitch he threw 35.6% of the time. Among starters with 150 innings pitched last year, only Drew Pomeranz threw his curveball more often (37.0%). According to FanGraphs, though, only Corey Kluber and Carlos Martinez extracted more value from that offering than Godley on a per-100-pitch basis.

While the right-hander is still trying to improve his other pitches, Shohei Ohtani got a firsthand look as to why this breaking pitch was so good in 2017.

Zack Godley striking out Shohei Ohtani for the second time today with his filthy curveball (Thanks to @jf_nicholas for the request!) pic.twitter.com/Hno4j71f41

Yea, we’re still a few weeks away from Opening Day, but that curveball looks like it’s in midseason form.

Godley’s innings pitched at the big league level have taken significant leaps each of the past three seasons, but so has his curveball usage. Check out how these numbers have changed since he made his MLB debut in 2015.

It’s easily been the most effective pitch throughout his career up to this point. He compiled some eye-popping numbers with it last year, too — opposing hitters managed just a 28 wRC+, .203 wOBA, and .091 ISO against Godley’s curveball in 2017. The the 27-year-old also produced a 46.4% strikeout rate with the offering.

That strikeout rate was actually slightly lower than what he did in 2016 (47.3%), but his chase rate out-paced his swing rate on strikes for the second consecutive season, with that 50.3% chase rate being a new career high. His 21.7% swinging-strike rate with the curveball isn’t a new personal best, but it’s settled in above 20.0% for the second straight time.

Arizona’s offense will be a crucial piece to their postseason chances. However, some kind of legitimate encore from the pitching staff — and specifically, the rotation — will likely be the difference maker in what’s expected to be a very competitive National League West and NL wild card race.

Zack Godley’s breakout season now makes him an important part of this group moving forward. Judging from its past effectiveness and usage, the performance of his curveball could ultimately have a significant say in determining if he can back up that impressive campaign with another one in 2018.