Clippers Rally Against Pelicans but Come Up Short 121-116 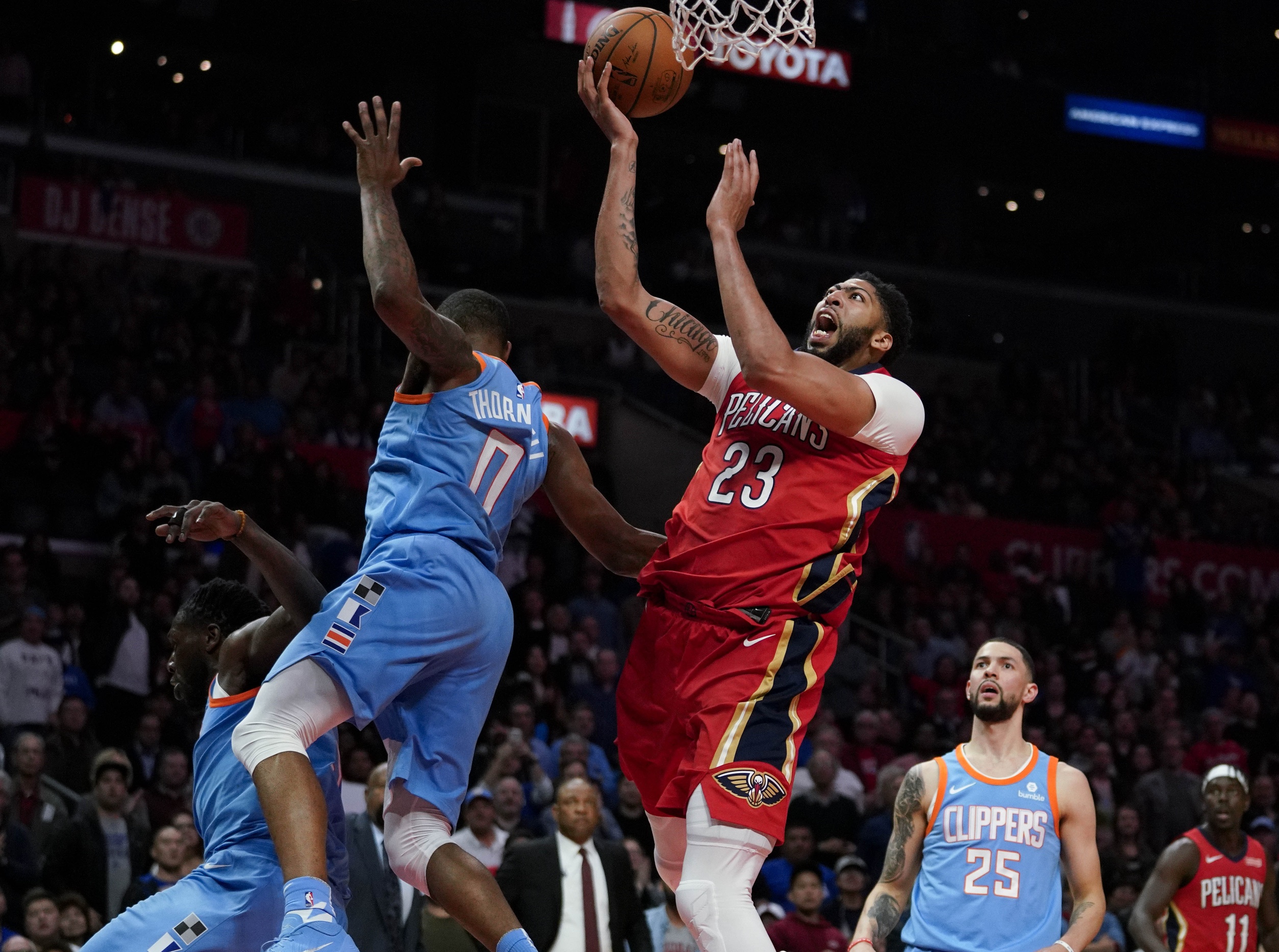 Clippers Rally Against Pelicans but Come Up Short 121-116

Wednesday night was a must-win game for both the Pelicans and the Clippers. Unfortunately for the Clippers, Anthony Davis decided to make sure his team didn’t lose.

Despite not playing well for most of the night, the Clippers had multiple opportunities to win this game. Los Angeles would have probably won the game if Lou Williams didn’t go bizarrely cold from the free throw line. Williams shot 7-13 at the line, even though he shoots  89% on the season. Many of the free throws were in clutch moments too.

It was a back and forth game, where the Clippers were down 14, then up 1, then down 20, then up 4. After a see-saw game, Los Angeles found themselves up 113-109 with only 2:05 left remaining. That’s when Davis decided to prove why he’s a top 5 player in the league, when he hit the next 3 shots straight, had 1 block, and 1 steal in the following 3 possessions. He single-handedly stopped the Clippers while also putting the Pelicans up 115-113. Davis ended up finishing the night with: 41 points, 13 rebounds, 2 assists, 3 steals, 4 blocks, on 54% shooting. New Orleans ultimately went on a 13-2 run in the final 2 minutes of the game to win in regulation.

Montrezl Harrell was the shining bright spot for the LA Clippers. Montrezl put up 26 points, 8 rebounds, 2 assists, on 64% shooting. While he may not win MIP because of Victor Oladipo, Montrezl should surely be in the conversation. Harrell has been a per-minute monster.

There was one glaring reason why the Clippers lost this game, and it was a lack of defense.

You could argue that the Clippers should have won this game, if not for some poor late-game execution. However, the team shouldn’t have been in the multiple holes they allowed themselves to be in. If Los Angeles played better defense throughout this game, there’s no question the outcome would be different. The Clippers allowed the Pelicans to have 31 assists by the 3rd quarter, and 39 total assists at the end of the game. It was the 6th best passing game a team has had this season. Jrue Holiday was able to get a career high of 17 assists for a reason.

.@Jrue_Holiday11 with a career-high 17 assists in the win! #DoItBIG pic.twitter.com/7ldXHfoAkE

At one point, Anthony Davis was wide open from the same spot for 3 consecutive plays. He drilled it from three every time. Here’s an example of how wide open he was.

The Final Clip: This was a very tough loss for the Clippers. A win would have really put them in a more comfortable playoff position, especially with how tough their upcoming schedule is. The polarizing Cleveland Cavaliers wait for the Clippers on Friday.