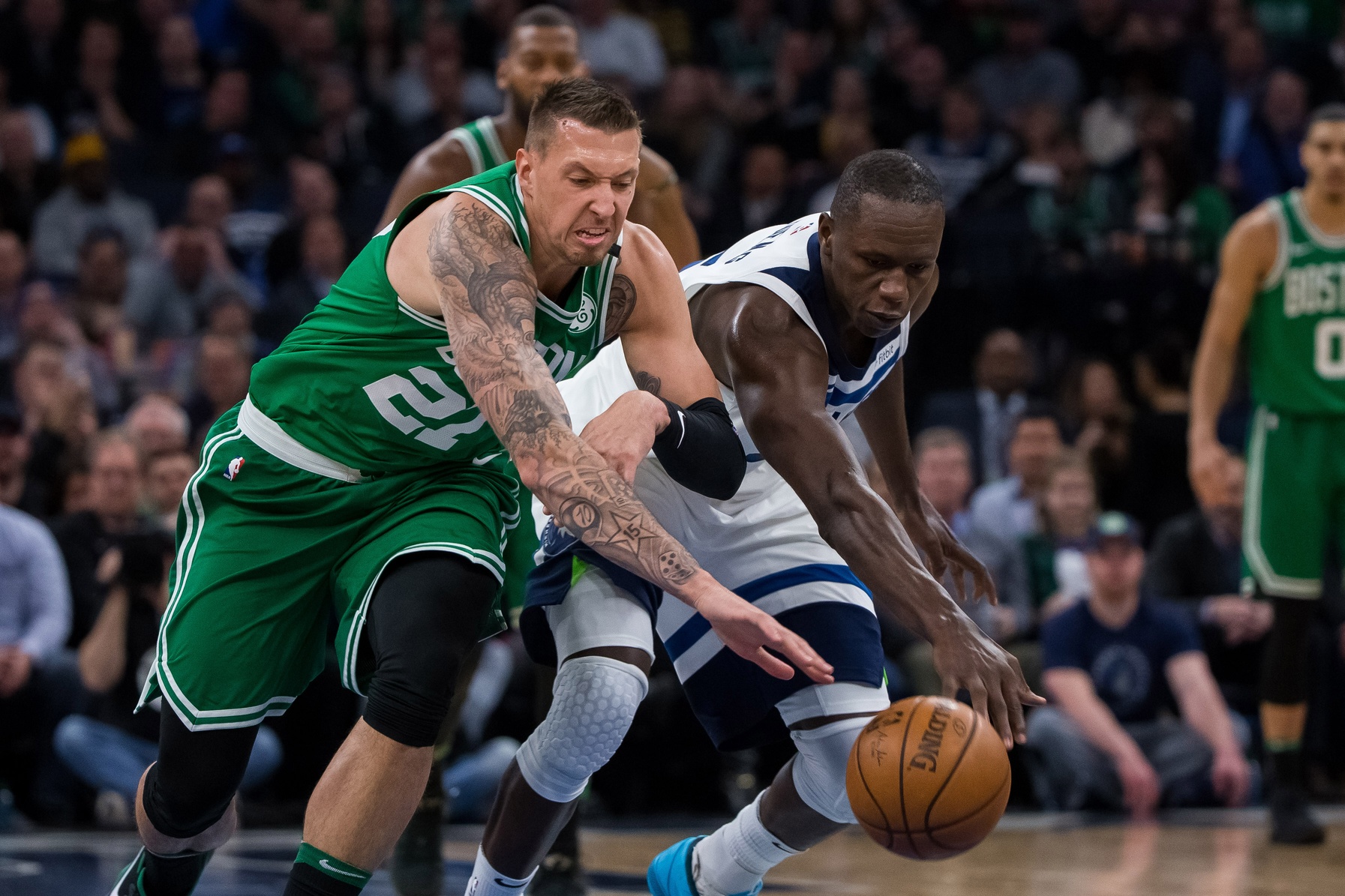 Sources: Celtics center Daniel Theis has suffered a torn meniscus in his left knee and will undergo season-ending surgery. Theis emerged as an important reserve for Boston this season.

Well this is a definitely horrible news.

No one expected this to be serious coming out of last night’s game. The MRI on Theis’ knee was characterized as precautionary.

Instead, it’s a torn meniscus and he’s done.

This hurts a surging Celtics bench because it takes away a very athletic option for Boston. Theis was counted on to be a mobile, switchable defender that would be critical against faster opponents. Now, it will be up to Greg Monroe.

Monroe’s strengths are not Theis’, and we’ll have to see how much that drop off in lateral quickness will hurt the Celtics bench defensively. However, it’s good to have another big who can rebound so while this hurts the bench, the Celtics might be able to figure things out without too much trouble.

This just sucks for Theis, though. I really like this kid so let’s hope for a speedy recovery.

With Theis out, Brad Stevens says we may see Semi Ojeleye guard some skilled 5s. On top of that, Guerschon Yabusele will be flying back to Boston today and “will fill a role.”