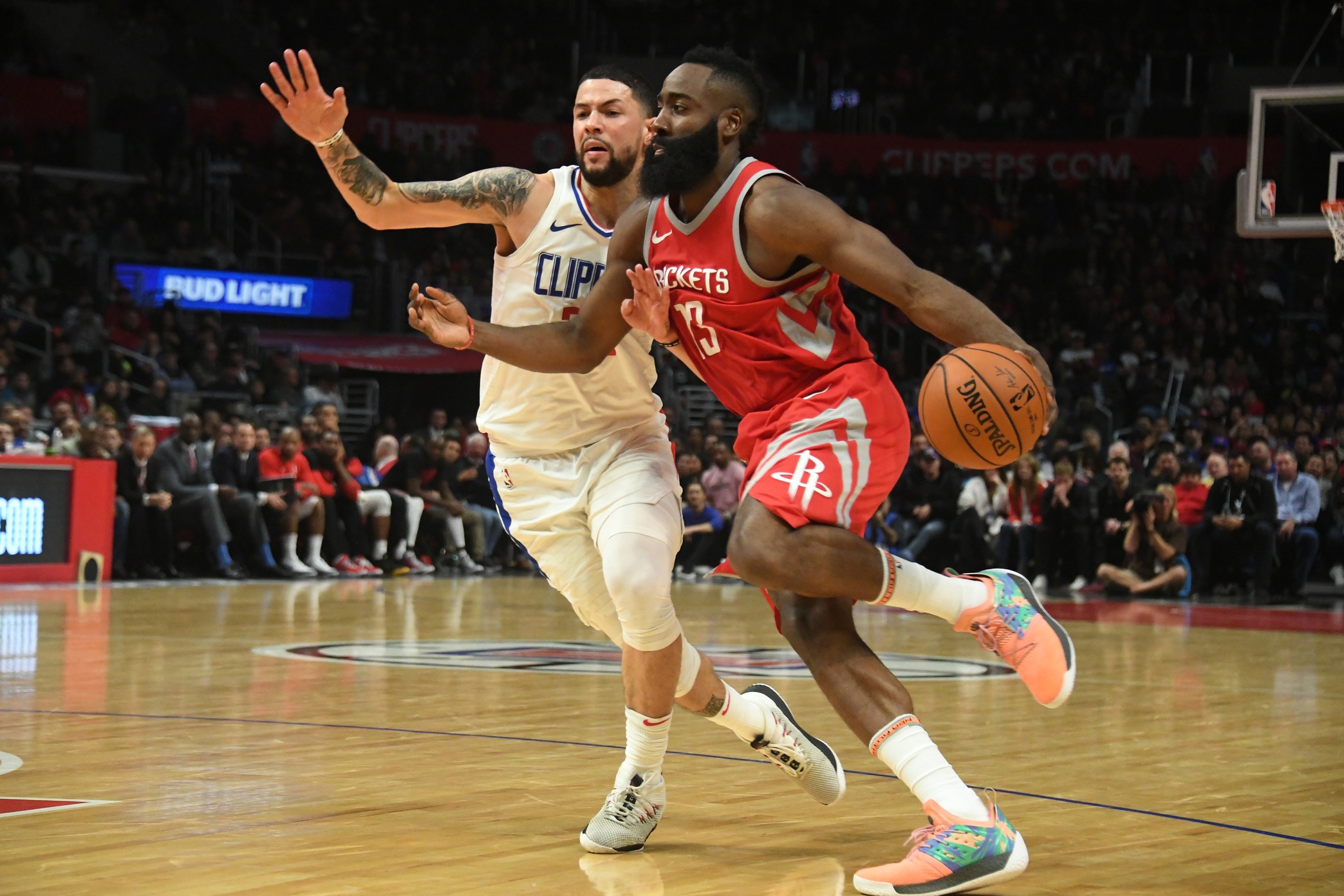 One of the league’s most entertaining series comes to an end tonight.

In the first game, we saw the rookie Jawun Evans frustrating Harden to the point of getting the future MVP ejected.

In the second game, we saw a plethora of on-court scuffles and Rockets players storm the Clippers’ locker room post-game.

In the third game, we saw James Harden pull one of the most disrespectful crossovers in NBA history on Wesley Johnson.

Expect tonight’s game not to end with a whimper, but a bang.

The Clippers have been playing good basketball; they’re on a 3 game winning streak and have won 7 out of the last 9 games. The only three losses the Clippers have suffered since the All-Star break were respectably against: Houston, Golden State, and New Orleans. Unfortunately for LA, the Rockets have been playing the best basketball in the league. The Rockets have won 19 out of the last 20 games and are virtually unbeatable when healthy. What makes matters worse, is that if the Clippers lose this game then they’re out of the playoff seeding. It’s going to be an incredibly tough game for the Clippers to win, especially because they’re up on the series 2-1.

This is the biggest key to tonight’s game. If the Clippers have any mental lapses on the defensive end, the Rockets will absolutely punish them. It’s a big area of concern especially because this new-look Clippers team hasn’t been great defensively. The team has actually slipped to 22nd overall, allowing 108 points per game.

In fact, 40% of their overall shots are three pointers. Overall, the team shoots 36% from deep, but that doesn’t stop them from shooting every chance they get.

Houston averages the second most steals a game, forcing 8.7 a game. Compounded with that, the Rockets are a top 10 team at scoring points off of turnovers (17.6). This team scores at such a high volume because of their three point shooting and great ability to steal the ball. The Clippers need to limit one of the options, to make it a little bit harder for the Rockets to score. The first time the Clippers beat the Rockets this season, LA had only 8 turnovers while Houston had 17. In their second encounter, Houston had only 12 turnovers while LA had 18; the reason why LA won that game is because they held Houston to 29% from three (13/44).

Prediction: The Clippers will win this game if they hold Houston to 35% from three, and limit themselves to under 13 turnovers.