Jose Altuve Has Been Insanely Valuable to the Houston Astros 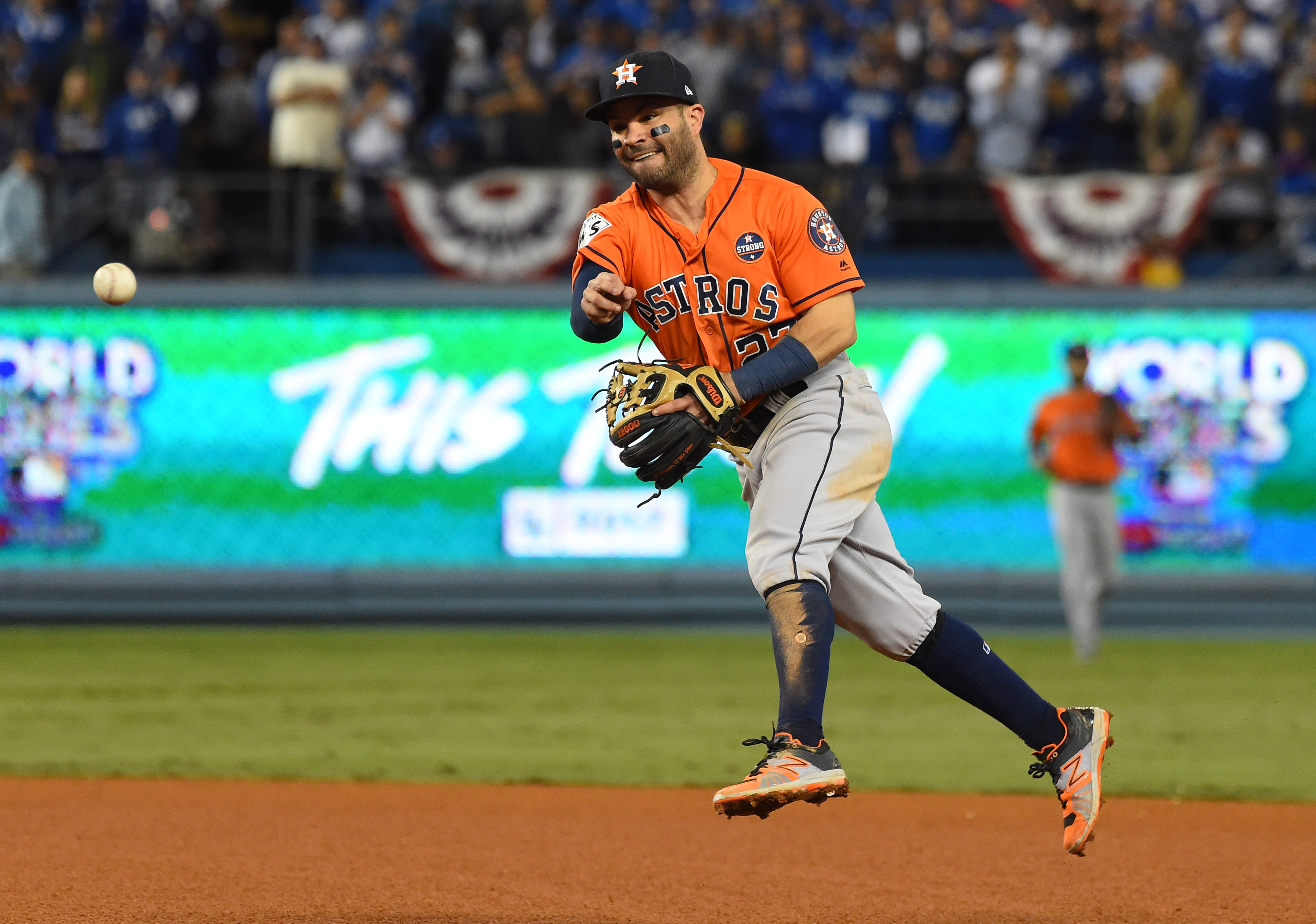 Jose Altuve Has Been Insanely Valuable to the Houston Astros

Whenever we talk about which player is currently under the most team-friendly contract, it’s impossible to look past Houston Astros second baseman Jose Altuve.

The reigning World Series champ, American League MVP, and three-time batting champ is in the midst of a five-year, $18.5 million deal, which also includes a $6.5 million team option for the 2019 season. He agreed to this deal back in 2013 (it was originally four years for $12.5 million with two options), before Jose Altuve became Jose Altuve, and looking at the deal in retrospect, saying the Astros received the ultimate bang for their buck is a tremendous understatement.

They’re clearly well aware of that and have a desire to reward him handsomely for it.

Brian McTaggart of MLB.com reported on Friday that the two sides have an agreement on a five-year, $151 million extension, which would start in 2020 once his current deal is completed.

We know how good Altuve is — he has four straight 200-hit seasons, has enjoyed two straight 20-20 campaigns, and has been worth at least 4.6 fWAR each year since 2014. Exactly how valuable has he been, though?

Bang for the Buck

With the help of FanGraphs’ value calculations (also referred to as “Dollars”, which is found at the bottom of each player page), we can get an idea. The below table shows the fWAR he’s accumulated, the salary he’s earned, and how much his performance has been actually worth for each year since 2013.

Altuve was already outperforming his contract by a healthy margin heading into 2016, but things went to another level when he started adding in the homers.

Entering this season, the veteran second baseman has earned just over $12 million since 2013. But if we take a look at his actual value — which equates to approximately $8 million per fWAR earned — his performance has been worth $194.4 million.

After leaving him to sign that team-friendly deal and take the financial security it provided, Altuve decided to re-hire Scott Boras as his agent during the middle of the 2016 season, presumably setting him up for a potentially massive payday. But with him under team control through 2019, it’s surprising that a deal seems to have been struck now — Boras clients almost always hit free agency.

His reasoning behind forgoing the open market with Altuve could be two-fold.

Boras has had a pretty tough winter himself, ya know. He did get six-figure guarantees for both Eric Hosmer and J.D. Martinez, but Mike Moustakas and Carlos Gonzalez had to settle for one-year deals, while Jake Arrieta couldn’t break the $100-million barrier. Oh yea, and Greg Holland is still looking for a job.

We also can’t forget where Altuve currently is in his career. He’s fresh off being named league MVP for a club that just won the World Series. The Astros look equipped to adequately defend their title, but anything can happen in baseball. This was the perfect storm for the second baseman. Hypothetically, this could possibly be the highest his value will ever be.

With a reported average annual value of $30.2 million, they were able to cash in. Houston will pay a pretty penny to keep Altuve with the club, but it evens out a bit when considering how little they’ve been paying up to this point. And since this agreement is taking place when it is, they’ll only be on that hook for that high salary until his age-34 season.

Everybody wins here, and the Astros can now start to focus on what they should do with the rest of their talented young core group of players.