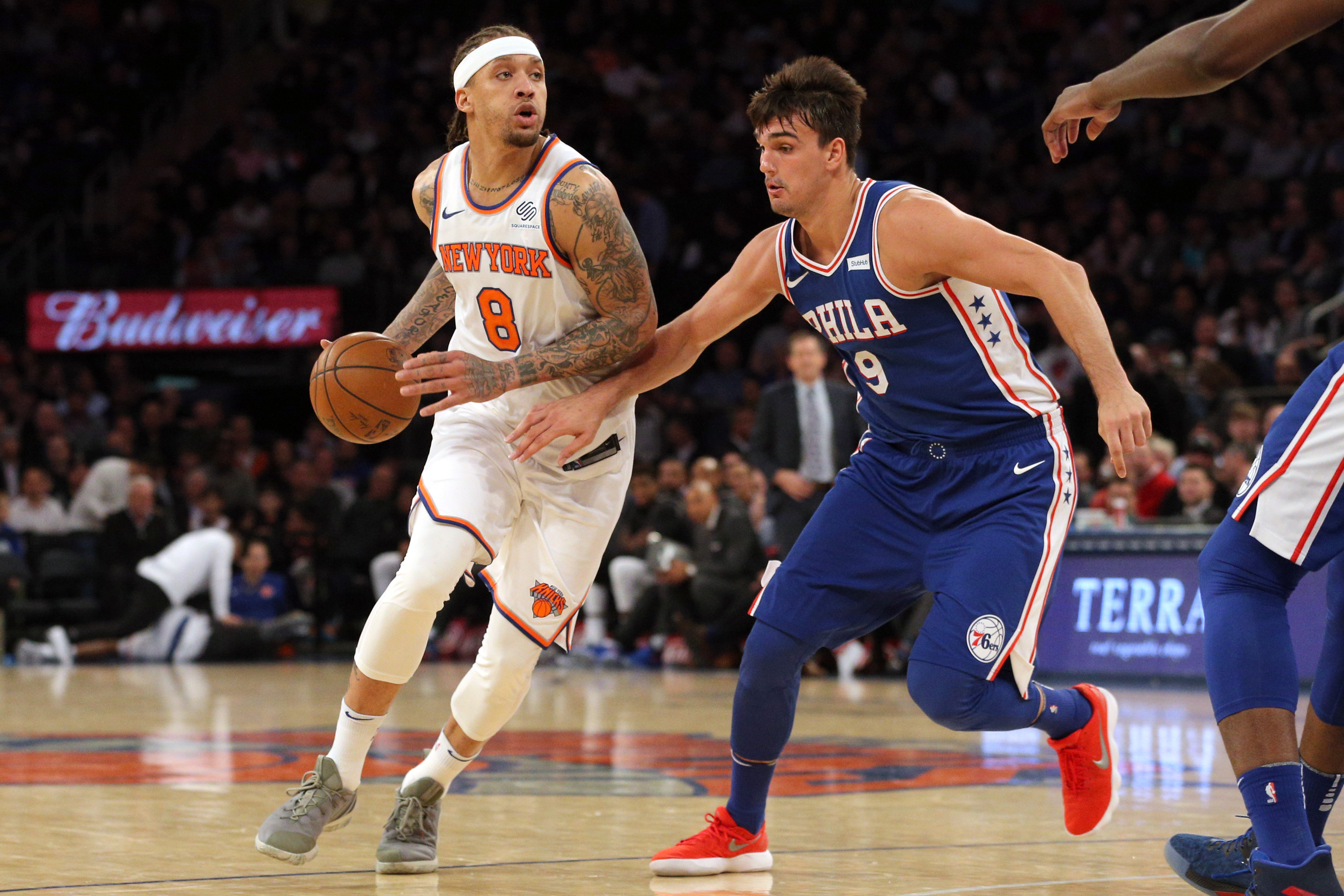 If defense is a priority for the Knicks, it certainly isn’t showing in their effort. Outscored by 16 points in the fourth quarter on Thursday, New York allowed a seemingly commanding lead to evaporate while failing to get key stops when it mattered most. Teams like the Rockets and Warriors can survive because they have the firepower to smoke out opponents — no questions asked — but the Knicks simply aren’t at that level. The lack of defensive intensity has resulted in a very underwhelming number of victories. The team’s skid continued with an 118-110 heartbreaker at home.

The Knicks aren’t exactly put together to strike fear in opponents for a full 48 minutes. Tim Hardaway Jr., Enes Kanter, and Michael Beasley all played during crunch time as the game slipped away. Each player had at least four fouls, with Beasley fouling out. Jeff Hornacek played to win this game. Courtney Lee led the team in minutes with 37 after being sporadically used since the All-Star break. As refreshing as that was to see from an entertainment standpoint, the Knicks were left with nothing to show for it. They lost the game and sacrificed key development opportunities in the process.

Frank Ntilikina didn’t appear in the contest until the start of the second quarter. Troy Williams received a DNP-CD and Damyean Dotson played just 6 fourth quarter minutes. Through three and a half quarters, New York competed and looked like a hungry playoff contender. It was a nice oasis from what’s come to be the norm as of late, but it appeared as though even Coach Hornacek forgot the team he was coaching. Everyone was given a harsh reminder of the Big Apple reality by the time the final buzzer sounded.

As evidenced by the foul trouble for New York’s frontcourt, 76ers center Joel Embiid was downright dominant. He scored 19 first half points (29 total), keeping his team alive enough so that they could pounce later on. Philadelphia shot 41% from deep, with five players connecting on two or more long balls. Ben Simmons maintained a good flow to the offense, dishing out a game-high 12 assists. Six players scored in double-figures, but it was clear Philadelphia boasted the biggest bite to their bark in the fourth.

Aside from their defensive woes, the Knicks did play well, scoring 68 first half points. Beasley flirted with a triple-double, logging one of the most versatile outings in his career. The forward added 24 points, 13 points, and 7 assists. There’s no doubt Beasley can pour in the points. Over the last few weeks, he’s looked as though he’s been holding back offensively. On Thursday, he demonstrated growth by leading his team in scoring, but allowing the offense to flow through him. If his shot wasn’t there, a developed an inside/outside game with the guards and dished the rock back out along the perimeter. Lee found his scoring groove again, scoring 16 and looked enthused by his team’s eagerness to get him the ball. The positive play from this veteran duo was infectious and the Knicks were playing with high energy. Not everything went right, but they played upbeat basketball.

This was a great game from a competitive standpoint, but the lack of development opportunities was concerning. Coach Hornacek may have been having an identity crisis, so he’ll need to make playing the youngsters a priority through and through, so that the losses don’t sting so badly.