Your Morning Dump... Where Rozier and Ainge are, like, best friends 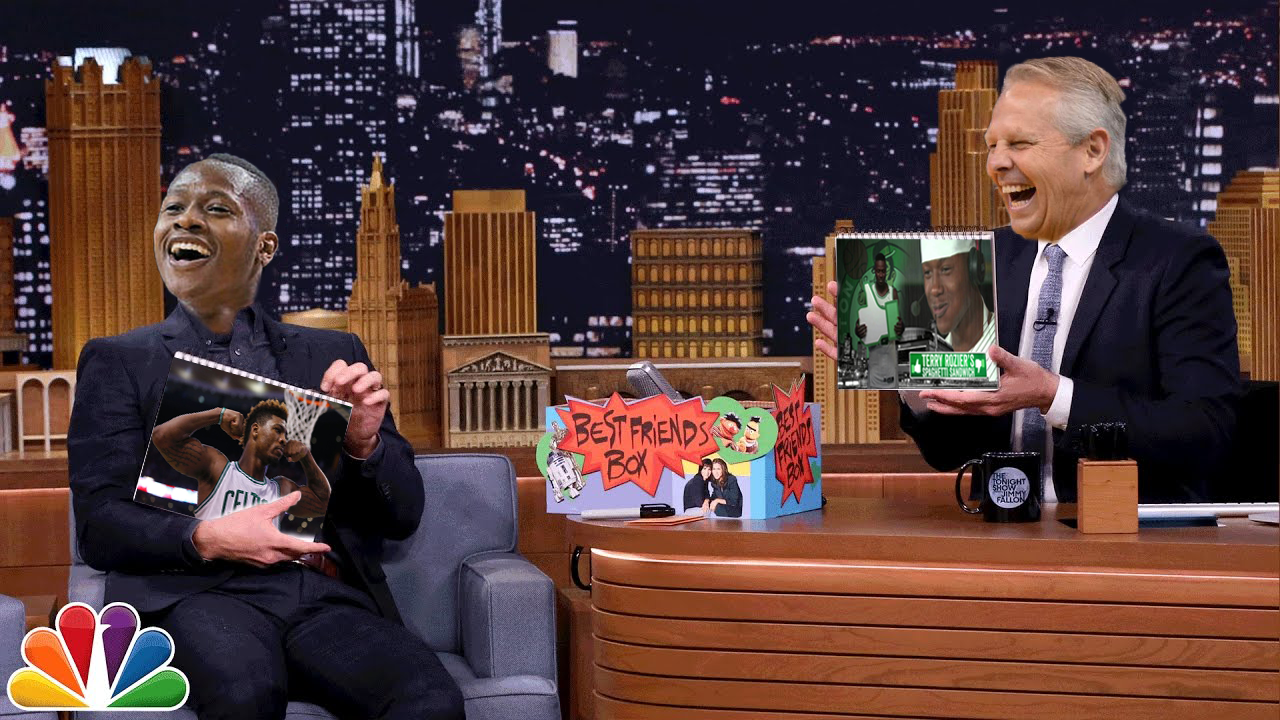 Your Morning Dump... Where Rozier and Ainge are, like, best friends

Yesterday was Terry Rozier’s birthday, and he was fully expecting a call or text from Danny Ainge.

[…]The mutual admiration has gone so far as to become a regular slice of Twitter humor, with the tale going that, even on a team with the likes of Kyrie Irving, Gordon Hayward, Al Horford, Jayson Tatum and others of note, Rozier is the lone untouchable when it comes time for the Celts to talk trade.

The sleek and slick guard laughs at that talk, though he noted it’s also been a theme in the room among his mates.

“That’s my guy, too,” Rozier told the Herald. “He’s good at what he does. He’s a businessman.”

Happy birthday to Terry Rozier, who turned 24 years old yesterday and Danny Ainge, who turned 59. And with things being super quiet on the Celtics front after an off day, all we can do here is just have fun with this little bond between Ainge and Rozier.

The internet had a lot of jokes last year around the trade deadline when it was suggested Ainge wouldn’t give up Rozier for rentals. It’s a joke that persists…

And why stop there?

“Me getting traded for LeBron,” Rozier said, “and then Danny hangs up the phone.”

That’s Rozier’s favorite version of the joke. He can laugh along with it.

More so, he appreciates the subtext – that Ainge really does value him deeply.

“He’s one of the guys that believes in me most in this league,” Rozier said. “And I think that’ll allow me to wake up every day, just knowing that I can breathe easily and just play my game and be me.”

Firstly, not trading Rozier last year was the right move. I think everyone can see that now. Secondly, if last year’s Celtics were in the position of the 2008 Celtics, Rozier would have been shipped off for immediate help in a heartbeat.

Ainge doesn’t make moves in a vacuum, the team’s situation determines when or if a guy will get traded. His best buddy Rozier would be vowing revenge on Ainge this minute if the situation was different.

But for now, Tito and Danny get to have some fun with giving the joke some extra mileage. We’ll see how friendly they get next summer when Rozier is a restricted free agent. That also happens to be the year Kyrie Irving will opt out of his $21 million and get a max contract.

Will Marcus Smart get a contract? Will he be traded after he gets a new contract? Where will Rozier fit if he continues to improve?

He’s considered a starter-quality guard but he’s in a second guard off the bench role right now. At some point he’ll want that starting role… and the contract that goes along with it.

“I’ve been just trying to take advantage of my opportunities,” Monroe said. “I’ve been saying this [since] I got here, just focus on what I do well when I’m on the court. That’s all I try to focus on.”

Monroe is a man of few words. He came to Boston to take care of business, blend into the team dynamic, and flourish in his role. He has played in six postseason games, the six-game series last season with Milwaukee against Toronto, and in his eighth NBA season he seeks more playoff success, a primary reason why he chose Boston.

“Offensively he brings us a uniqueness,” Stevens said of Monroe. “To score around the rim, to score with that left hand. He’s gotten better over the other shoulder as well. He’s got a chance to be really helpful. He’s still got to get better in some of the things we’re trying to do. He’s working hard at it.”

Globe: Greg Monroe is doing what he does best

This is the Stevens mantra. Do what you do best and we’ll figure it out from there.

The Celtics have been getting a lot out of Monroe because he is getting his opportunities to use his abilities. He’s getting the ball in places where he can do things with it.

That sound pretty basic, but because people often over-think things or get too stubborn to adjust their own style of play, people like Monroe end up getting the shaft.

There’s a reason Brad Stevens gets the most of just about everyone who plays in Boston… because he lets the players do what they do best and Stevens fills in the gaps from there. Sometimes it takes a few games to integrate a guy like Monroe because Stevens needs to figure out which teammates best compliment him (and who he compliments). But generally speaking, that gets figured out.

So Moose will keep eating. And the Celtics will need to keep feeding him if they’re going to come out of the other side of this injury bug alright.

Big Baby responds to his arrest

BSJ: NBA Notebook: Will Celtics be able to avoid Cavs in potential second round matchup?