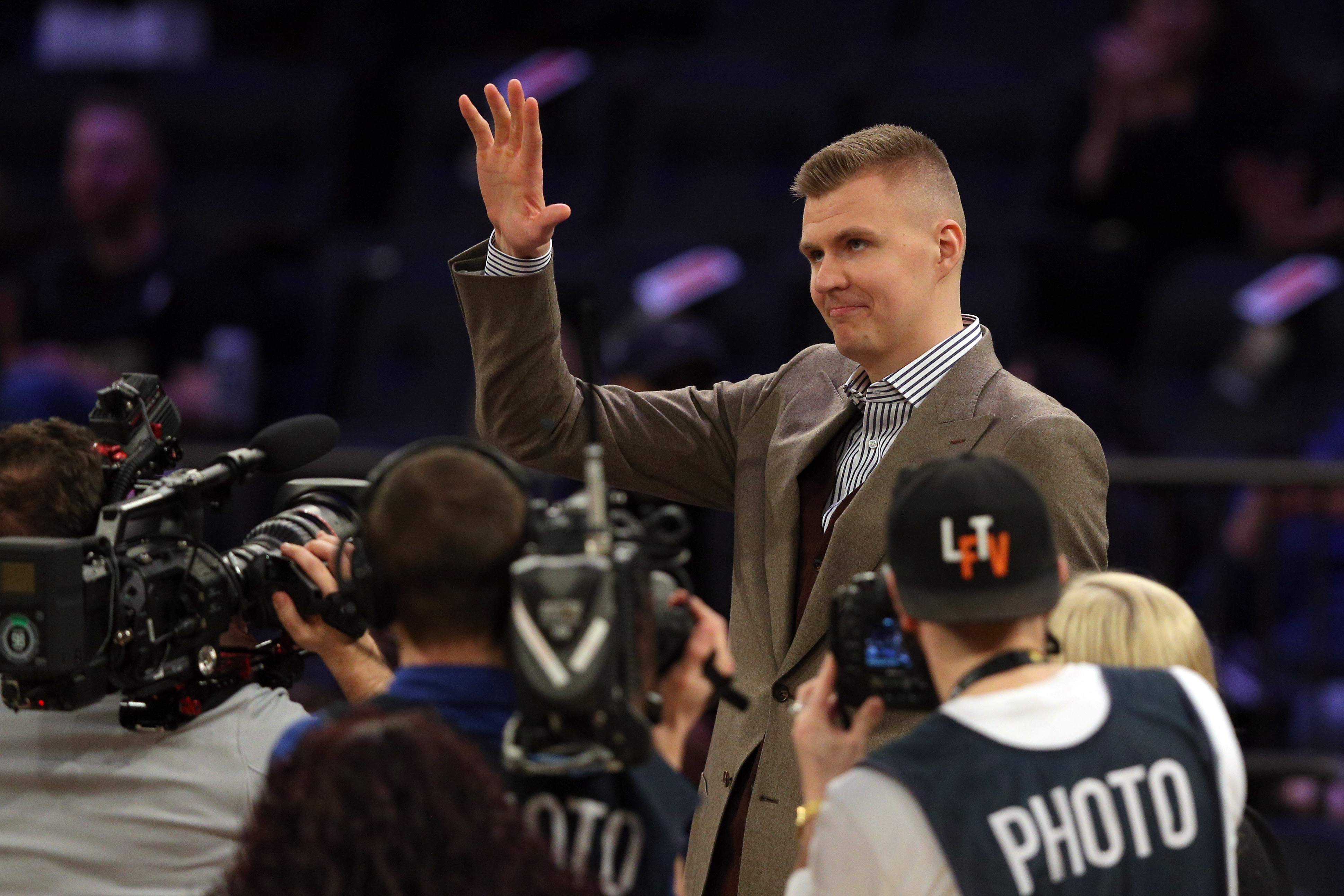 Fresh off an exhilarating win over the Hornets on Saturday night, there continues to be even more light at the end of the tunnel for the Knicks. How long it’ll take to get to that light remains to be seen, but there’s light, nonetheless.

The most recent glimmer of hope comes in the form of a photo making its way around social media. Roughly six weeks after a torn ACL injury to Kristaps Porzingis crushed the hearts of Knicks fans everywhere, the big man has emerged to hit the hardwood again.

Someone just sent me this picture of Kristaps Porzingis shooting in the gym at his Manhattan apartment building.

Porzingis tore his ACL about six weeks ago and underwent surgery on Feb. 13. He said last week he has no timetable for his return. pic.twitter.com/rNegFaCJ5K

Following his February 13th surgery, Porzingis appeared at Madison Square Garden for the first time this past week, cheering on his teammates and maintaining positive vibes when talking about his rehab. Such a process is already underway and as the above photo reveals, he’s wasted little time getting on the court. Obviously there’s a very long way to go and Porzingis and the Knicks aren’t inclined to rush things by any means. From a morale standpoint, however, it likely uplifts the big man’s spirits even higher to put the ball in his hands and hoist up a shot, even if he does so in gingerly fashion. It gives the fan base (and Porzingis himself) something to look forward to as he keeps working. Seeing and feeling the court so soon should provide motivation during the grueling process that will continue to follow over the next few months. He can taste it, much like Knicks fans are already craving his eventual return.

Before suffering his injury, Porzingis averaged 22.7 points on 44% from the field and 40% from deep, to go along with 6.6 rebounds and a league-leading 2.4 blocks. His All-Star nod was evidence that this team was on the right track. It would have been interesting to see if the Knicks could have maintained a competitive level of play, if not for the devastating injury to Porzingis and various nagging ones to Tim Hardaway Jr. Alas, once the former comes back, that light will shine bright yet again.