Islanders eliminated from postseason contention in shutout loss to Panthers 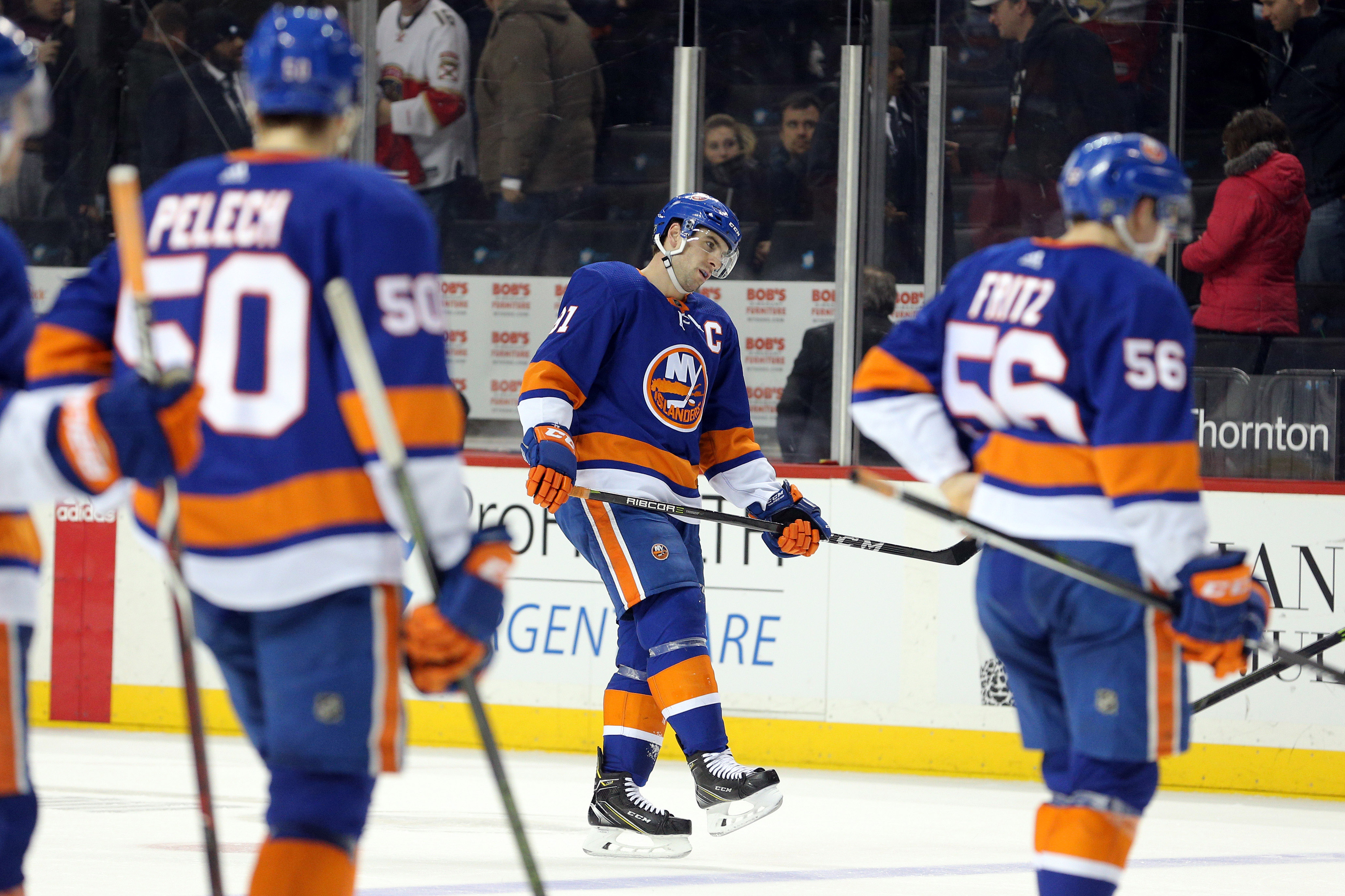 Islanders eliminated from postseason contention in shutout loss to Panthers

NEW YORK — Mark it as another reason why John Tavares may or may not stay with the New York Islanders.

Monday’s 3-0 loss to the Florida Panthers officially eliminated the Islanders from playoff contention, a conclusion that was locked in long before then. The Islanders surrendered three goals in the first 40 minutes and couldn’t beat Panthers’ starter James Reimer once on 31 shots.

It was the first time the Islanders had been shutout since January 31 in Toronto.

“It’s tough to know we’re not going to be playing any postseason hockey,” said John Tavares, who was perhaps the most visibly frustrated member of the Islanders on the ice Monday night. The Islander captain was not shy about throwing a few hits and got called for roughing in the second period after he tried to mix it up with a few opposing players.

The frustrating isn’t without cause though. The Islanders have won just two games in their last 16 contests and picked up a measly eight points over that span.

2017-18 was supposed to a big year for the Islanders, which started the year as one of the hottest teams in the NHL and scored goals on command. However, things took a turn as their goal scoring dried up and their struggling defense failed to pick up the slack and goaltending struggled immensely as well.

And the Islanders went from a team destined for the playoffs to a hockey club that would be lucky if they made it.

Considering the circumstances, making the playoffs this year seemed like an imperative for the Islanders. Tavares is in the final weeks of the last year of his current contract with the New York Islanders and the fact he hasn’t signed a new deal has loomed over the franchise all season.

And it was a topic of conversation again on Monday, just moments after the Islanders were officially eliminated from the playoffs.

“I’m just focused on playing,” Tavares told reporters when asked about his future. The star forward has remained consistent in his response when the subject has been broached.

But, missing the playoffs in the two years since the Islanders won their first playoff series in 23 years was a tough pill to swallow.

“I didn’t think about two years ago being in this position,” Tavares said. “You never think about being here, you don’t want to be here. It is what it is.”

Coincidentally, the man who coached the Islanders to their only playoff series win since 1993 — Jack Capuano — was on the opposing bench as an assistant coach Monday night. The two points picked up by Florida helped pull them within a point of the New Jersey Devils for the final wild-card spot on the Eastern Conference.

Keith Yandle fired the first salvo when scored on a shot from the point in the first period. Nick Bjugstad made it 2-0 in the second period with a goal 23 seconds into a Panthers power play and Evgenii Dadonov scored a whacky goal off an intended pass that deflected off the skate of an Islanders defenseman.