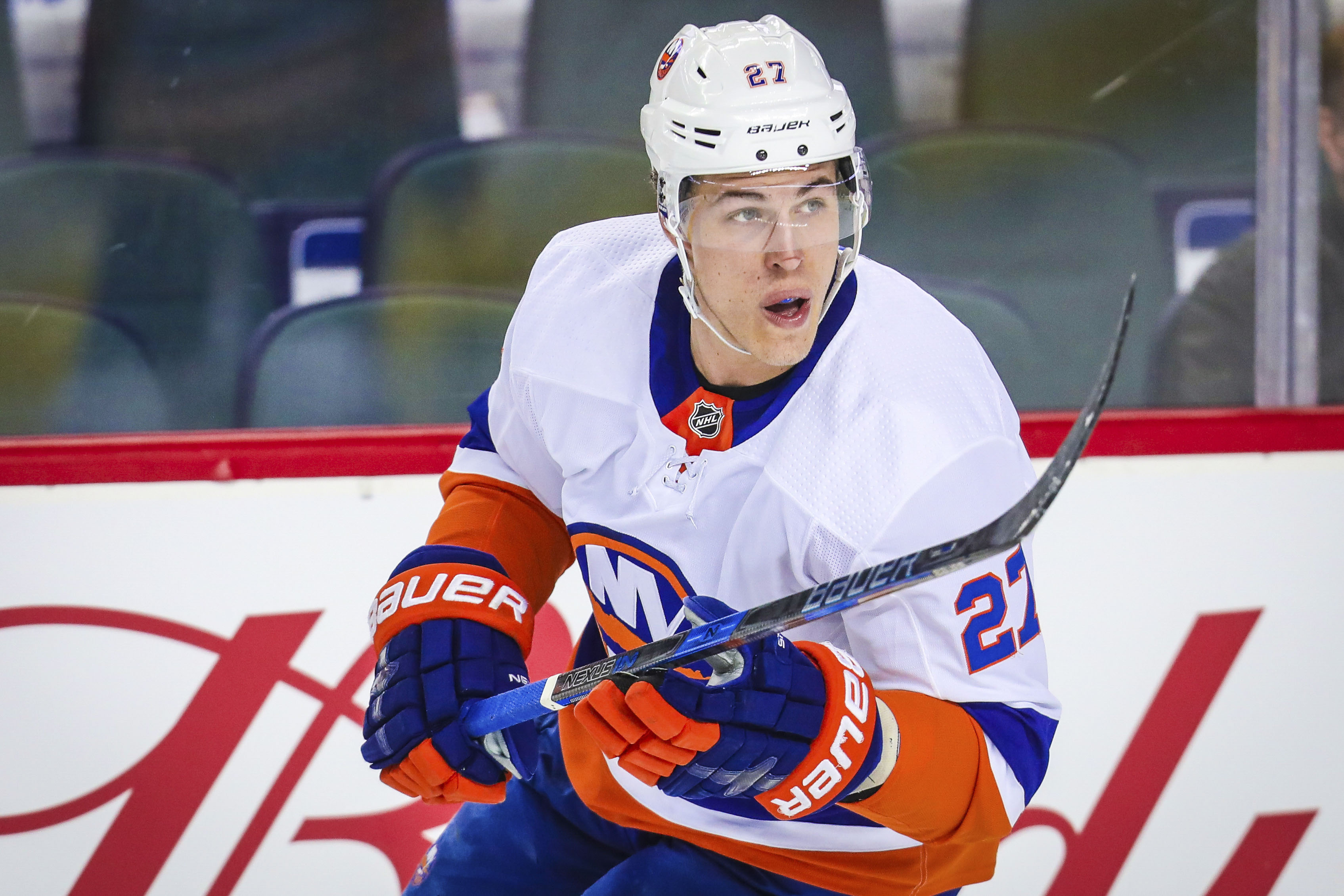 At the end of practice at the Northwell Health Ice Center in East Meadow, Anders Lee remained on the ice tipping shots from assistant coach Greg Cronin. More often than not, the deflections found the back of the net with the occasionally outlier glancing off red iron. But, today as always, his focus remains robust.

Lee prides himself on being the gritty goal scorer from the mid-2000s. It’s a blast from the past for older hockey fans and a much different style that the younger generation has come to know.

On a nightly basis, Lee double-parks himself in front of the opposing goaltender like an UberXL on Atlantic Avenue and is seemingly always in position to find twine.

“It’s just one of those things where you’ve got to put the time and effort to create better opportunities for yourself,” Lee said. “You put yourself in a better position to score and create plays and all those things. Things have gone well in that regard.”

The 6’3, 231 pound forward has put the league on notice the last two seasons. Following his breakout first full campaign in the NHL – a year that saw Lee score 25 times and assist on 16 others – the Notre Dame product has seen his goal total increase from 15 to 34 (15’-16’ to 16’-17’) and now on the verge of reaching 40 for the first time in his young career.

“You try to build off previous seasons,” he said. “It says a lot about the chemistry of our line and how we’ve played this year. Just (have to) continue to challenge yourself and try to become a better player and do what’s best for the team.”

The old narrative surrounding the Islanders since they drafted franchise cornerstone John Tavares in 2009 was: “Find a winger for JT!”

This year it all clicked.

Lee, Josh Bailey and Tavares have either put up career numbers or at least come close to their previous career-high. For Lee, it’s all about his linemates.

He won’t allow a member of the media or the fanbase forget that. At the same time, however, the amount of work the Edina, Minnesota native has put in over the previous two seasons shows why the numbers are where they are.

“He focused on his deficiencies over the years and has gotten better,” head coach Doug Weight told the media. “His skating has improved, his ability to focus on doing what he’s good at has gotten better as well. (Teams) play him differently in front of the net and give him room sometimes. He learned to take advantage of that.”

If you leave the crease unguarded, well, that’s on you. Lee will make you pay. It’s the reason why there’s an extra target on No. 27’s back. It’s also the reason why he’s one tally shy of the 40-goal club. He’s got back-to-back seasons of 34 or more goals and there is no sign of stopping.

“It’s difficult to have a back-to-back season like that,” Lee admitted, “You go into the summer with that as your motivation, you try to accomplish it. But those things have fallen in to place this season.”

The post-lockout era of the National Hockey League has seen the sport evolve from one old-time brand of blue-collar grittiness to a newer, flashier, more exciting spectacle on ice. Goal scoring is at its highest level since the season after the 2004-05 lockout and the game is no longer about two skilled lines, a large-framed forechecking line and an enforcer line.

That is why players like Anders Lee are such a captivating story.

This offseason will be an interesting one for the blue and orange with Lee entering the final year of the four-year, $15 million contract he signed in 2015. He’ll be due for a pay raise, especially as he enters free agency in his prime as a consistent 30-plus goal scorer.

With the emergence of Mathew Barzal, uncertain future of Tavares and extreme need for defense and goaltending, dangling Lee in a potential trade would undoubtedly pique interest around the league. At the same time, 30-plus goal scorers do not grow on trees. Sooner, rather than later, Lee will join the 40-goal club. That’ll be an extra million dollars on the market for the old-time scorer.