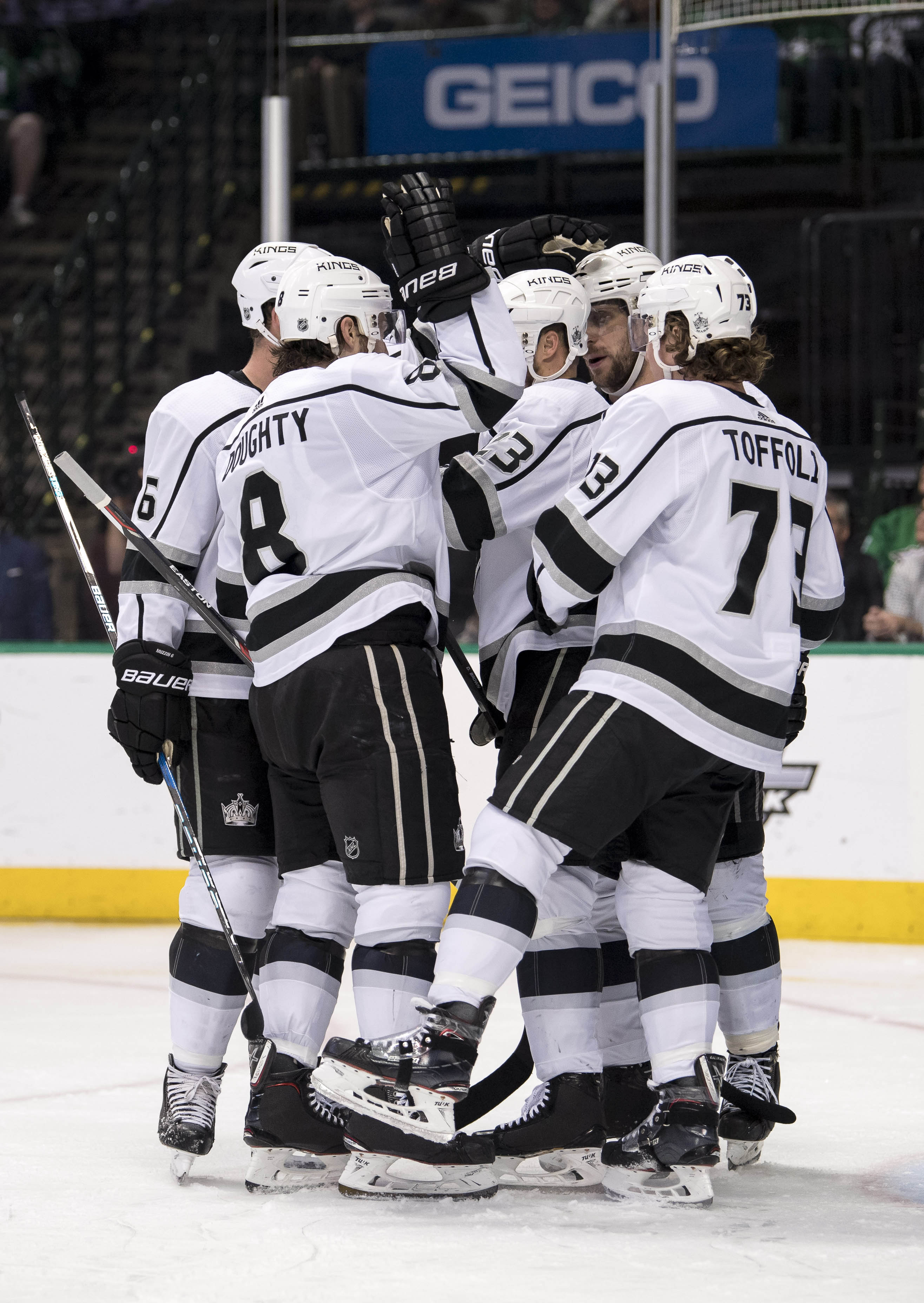 Dustin Brown scored four goals to help the Los Angeles Kings move into third place in the Pacific Division with a 5-4 overtime win against the Minnesota Wild at STAPLES Center on Thursday.

Los Angeles (45-28-8) is one point ahead of the Anaheim Ducks, who have a game in hand. The Kings trail the San Jose Sharks by two points for second place.

Brown scored 23 seconds into overtime on a sharp-angle shot. Tobias Rieder also scored to help the Kings to their fourth win in five games (4-0-1). Jonathan Quick made 23 saves.

Matt Dumba scored for the second straight game, and Nate Prosser had a shorthanded goal for the Wild (44-26-11), who will play the Winnipeg Jets in the first round of the Stanley Cup Playoffs. Ryan Murphy and Eric Staal each had a goal, and Alex Stalock made 23 saves.