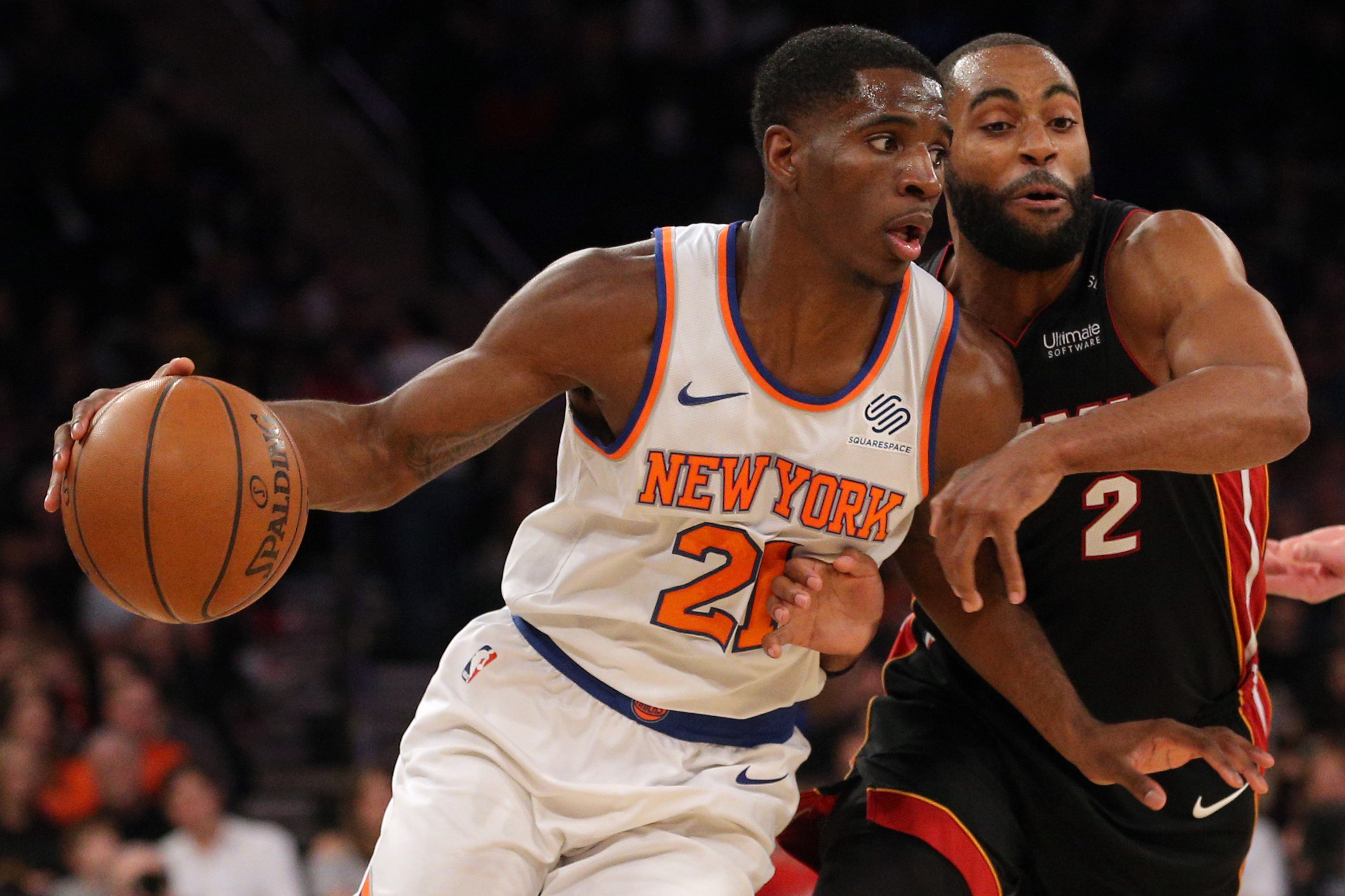 As other NBA teams prepare for a formidable postseason run, the Knicks instead have the draft lottery much more in the forefront. But as this organization aims to lock in on a top prospect that will help change their fortunes, meaningless April victories certainly won’t help their draft position.

That’s exactly what they got on Friday night, with an 122-98 romping over the Miami Heat. When winning actually has a negative connotation, that’s when the Knicks come up in the clutch. Oh, the irony.

Alas, securing the victory in this one wasn’t a total waste. The game also featured a breakout performance from Damyean Dotson, who became the first Knicks rookie to tally 30 points and 10 rebounds since Patrick Ewing during the 1985-86 season. See below for highlights.

Dotson led the way with 30 points and 11 rebounds, shooting an efficient 12 of 21 from the field with four daggers from deep. Having previously looked nervous throughout his freshman campaign, Dotson appeared to find an increased comfort level on Friday night. He moved around the court and spaced the floor, allowing himself to get open looks. As things came together, the young gun could be found attacking the basket later on as well. It’ll be key that he carries that confidence with him if he wants to make an impact on the offensive end moving forward.