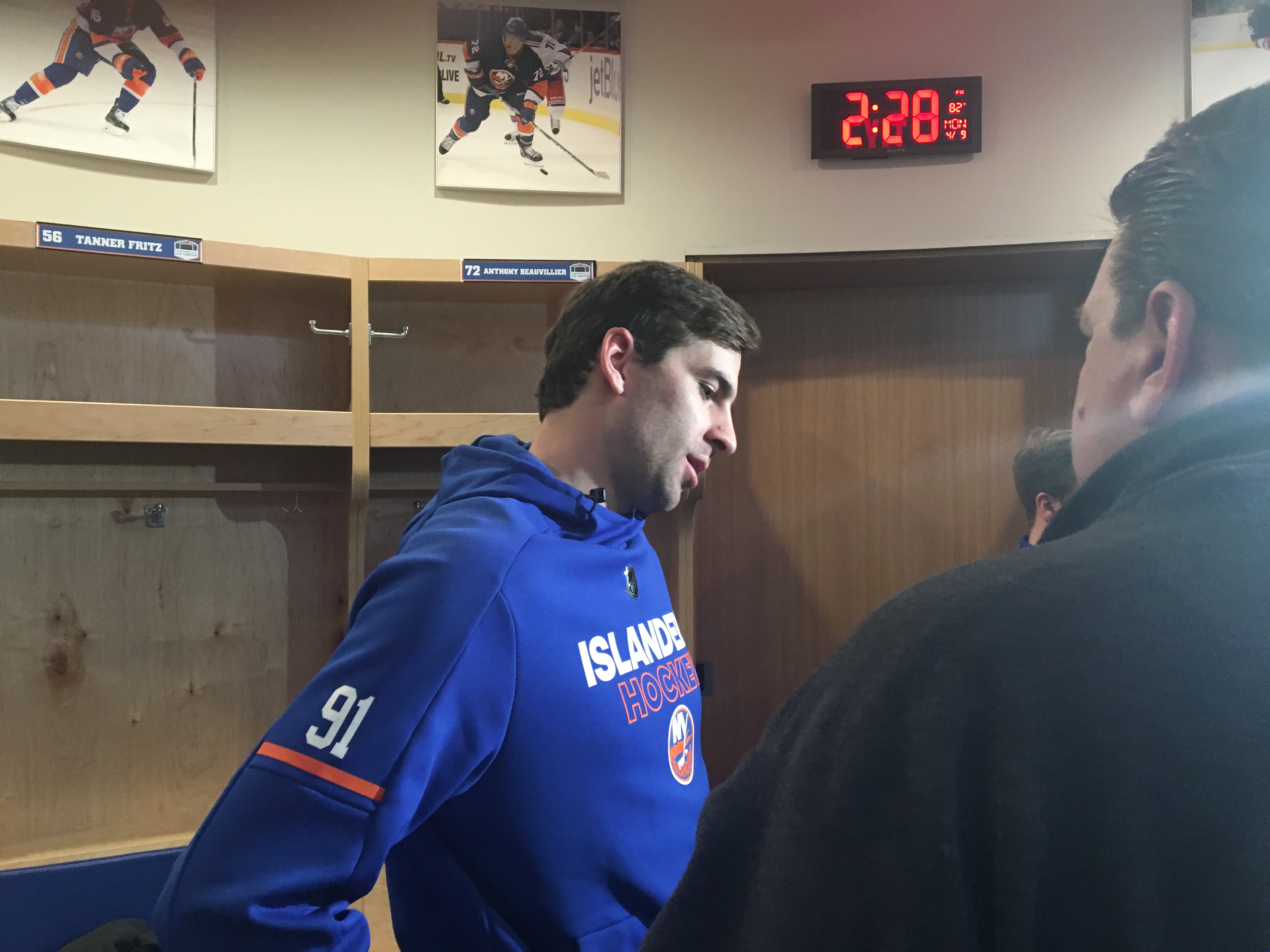 EAST MEADOW, N.Y. — John Tavares stood in front of a gaggle of reporters and cameras on Monday afternoon before he departed for the summer.

The question on everyone’s mind was an obvious one; will Tavares be back next season? The answer to that question remained a mystery even after the Islanders’ captain spoke with reporters for nearly 12 minutes.

“Obviously this is where I hope to be,” Tavares said. “I’ve always stated that, but obviously I have some time to think about my situation and go from there. I’ve loved it here. The people have really embraced me and the team and organization have been first class since I’ve gotten here.

“Obviously some great talent and some great things ahead, so definitely a lot of positives. I have to take some time to figure out what I want to do and go from there.”

Tavares was the last player to have their exit interview with team management during the Islanders two-day locker cleanout.  The future of the Islanders captain and the face of the franchise has been an ongoing storyline throughout the season.

The 27-year-old forward was eligible to sign a new contract last summer, but opted to play out the final year of his contract. Reports during the season indicated that the Islanders and Tavares have not had discussions regarding a new deal.

Even on Monday, the discussion centered around the season and not his contract.

“Everything was just about what happened this year and then how we can get better moving forward,” Tavares said. “I think that’s how they always try to approach it. It’s always been that way ever since I’ve gotten here.”

Tavares doesn’t have a timeline on when a decision will be made. The captain indicated that he would take his time in coming to a final decision on whether or not he ultimately stays. 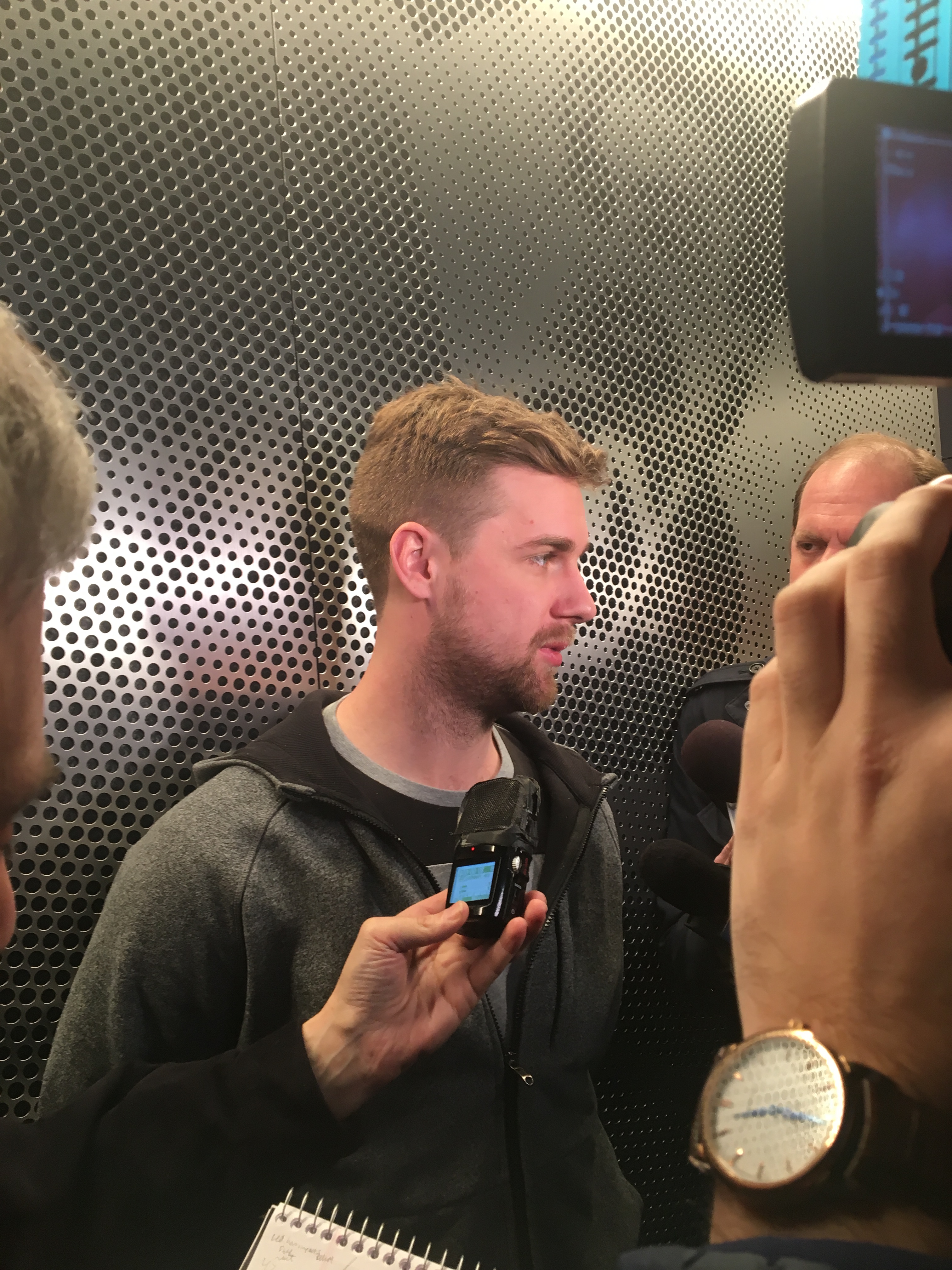 The Islanders are remaining hopeful that the lifelong Islander will re-sign before he reaches free agency. General manager Garth Snow told reporters on Monday that any conversations between Tavares, himself or head coach Doug Weight would remain private.

Heading into Monday there was some question as to the job security of Snow and Weight, but Newsday reported that the two believe they’ll be back next season.

In a prepared statement, Islanders co-owner Jon Ledecky did not endorse either man and said ownership would be evaluating everything in the organization over the coming weeks.

Tavares did indicate that he still had faith in the duo.

“There’s a lot of trust there between them with me,” Tavares said. “I have a lot of trust in them going forward and how they’re going to approach things.”

Tavares called his decision to take his time “a right” that he has earned. Earlier in the day, he received support from teammate Calvin de Haan that he can and should take his time in coming to a decision.

“It’s our right,” de Haan said. “If he’s staying, he’s staying. If he’s not, he’s not… You know he likes it here. He’s said that. I think it’s just taking his time. There’s no rush. some of the fans might not agree with me, but there’s no rush in my opinion.”