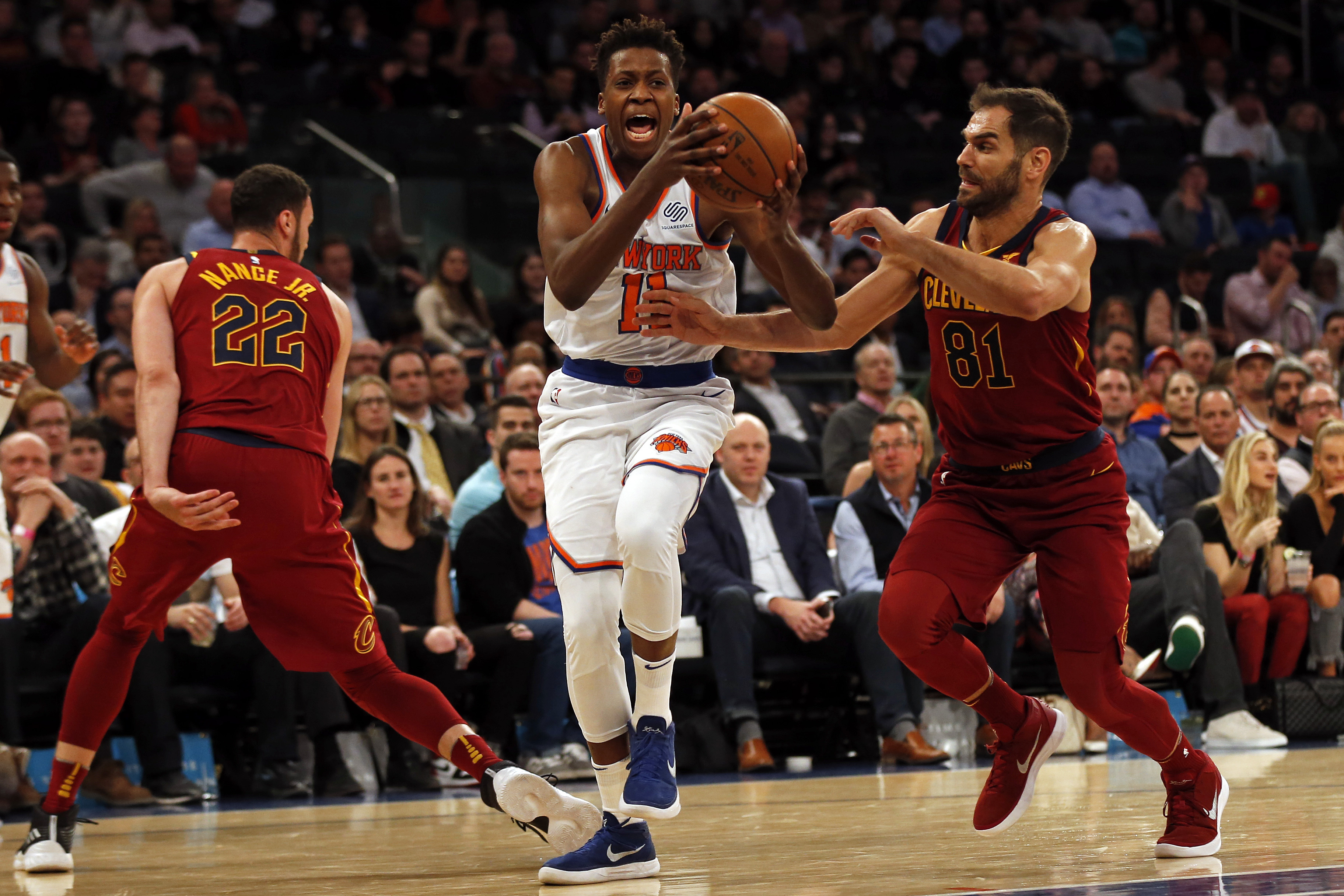 After watching fellow rookie Damyean Dotson score a career-high 30 points last week, Frank Ntilikina might have gotten a little jealous. The 19 year old came out motivated and ready to compete with LeBron James and the Cavaliers on Monday night. While the game resulted in an 123-109 loss for the Knicks, the 2017 eighth overall pick put together one of his best outings of the campaign.

Ntilikina even garnered praise from the perennial M.V.P. candidate, with James adding, “He’s a very cerebral basketball player. I think defensively he does more things than offensively, but he’s getting better offensively as he gets more opportunity and plays more games.”

With just one game remaining in this dismal season, New York is no longer focused on wins and losses. Instead, these contests now provide an opportunity for development and exploration. Tallying 17 points, 6 rebounds, and 5 assists, Ntilikina not only scored a career-high, but did so in very aggressive fashion.

As the highlight clip above shows, the young gun wasn’t afraid to attack the basket and go at the defense to get high-percentage looks. Such penetration is something the Knicks have desperately lacked at the one. Though Trey Burke has provided somewhat of a boost in that area, it goes without saying that this team’s future hopes for contention lie more heavily on Ntilikina’s shoulders and it’s up to him to consistently add such assertiveness around the rim to his game.