Guentzel Making the Prospect of Life Without Crosby, Malkin Bearable 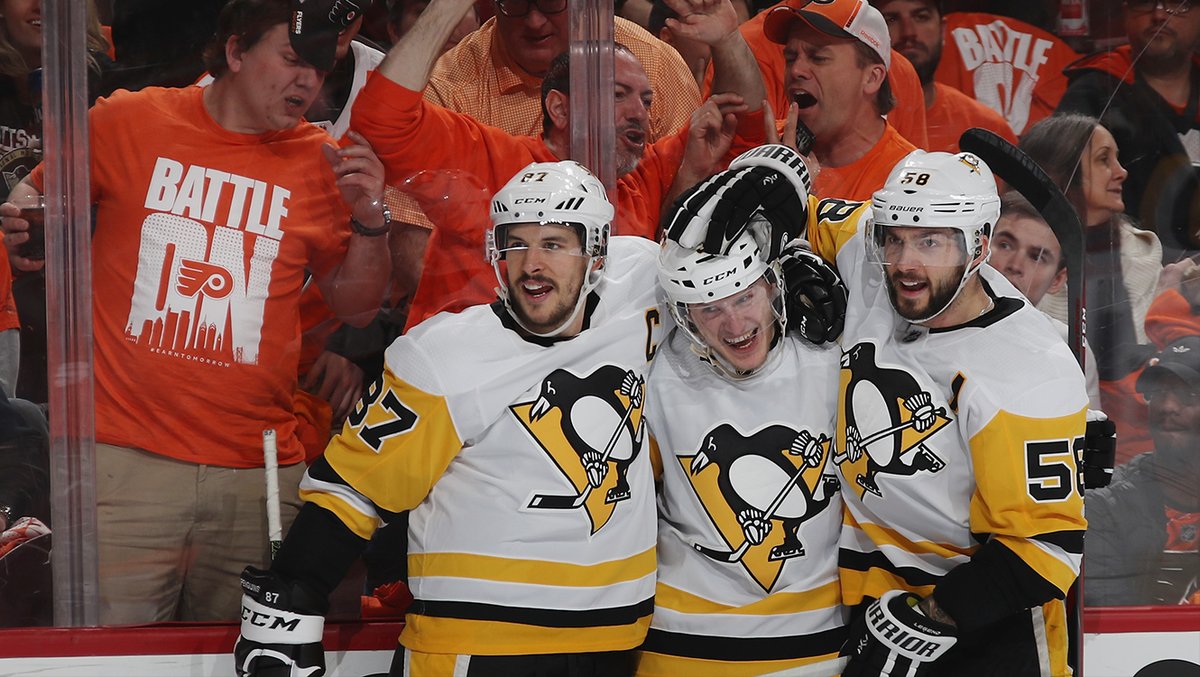 Guentzel Making the Prospect of Life Without Crosby, Malkin Bearable

Over the last few years, people have started talking about life for the Penguins after Sidney Crosby and Evgeni Malkin are done being world beaters. The years after the “Crosby-Malkin Era” have always been a topic people have worried about whether privately or publically. The good news is though that they seem to have found Crosby’s heir apparent.

Yes, that’s right. The dorky behavior and hockey-comes-first mentality seem primed to go on as Pittsburgh’s biggest up-and-coming player is none other than Jake Guentzel. Guentzel, who first made a name for himself on one of the lines known as “Sid and the Kids” has morphed from just some kid to a record-breaking player. While the team experimented with Guentzel on different lines throughout the year, nothing has worked as well as the crazy, wonder twin mind-melding he does with his captain and nothing could be better for either player or the team.

It’s especially noticeable as Crosby has taken him under his wing much in the way Lemieux mentored a young Sid. No, JG does not live with the Croz but they are alike in so many dorky ways.

We mic'd one player in Game 6.

They also both sport huge hockey IQs. If either had their way, they’d just play hockey or be at the rink all the time. That is their favorite place. That’s why they’re such a great match for each other as linemates. They’re very similar people as well as players.

Sure, Guentzy, as his teammates call him, was not as hyped as Crosby. Guentzel, who was drafted in the third round by the Pittsburgh Penguins in 2013, was much like Johnny Gaudreau as a youngster, always seen as too small. But when native Minnesotan and former Penguins amateur scout Scott Bell saw him he knew there was something special there. “he was this magic little player that everybody said, ‘he’s too small, he’s too small.’ Then he just kept scoring points and making plays.”

Bell also explained Guentzel in a way that really underlines his similarities with Crosby, “I always thought he was the smartest player on the ice.” You’ll recall that former Penguins head coach Dan Bylsma was in hot water recently for being quoted as saying something similar about how Crosby wasn’t the best player in the NHL but he was the smartest. So it should come as no surprise the two go together like the peanut butter and jelly of Crosby’s preferred pre-game snack.

Bell also points to this intelligence when breaking down some of their more skilled plays. Guentzel, who was a center until he went pro, was always seen more as a set-up man and less known for his goal scoring. His production also often lagged behind his prodigious skill because he simply was too far ahead of those around him. Sound familiar? It should.

For years, Penguins fans and media lamented Crosby’s lack of a quality winger. Now, together, they each finally have that linemate who sees the game as quick as the other. Building something special together and teaching each other along the way.

And really, when your team’s “next one” is like this on the ice

and this off of it

a subscription service where a camera is kept on jake guentzel at all times. this kid is a gold mine pic.twitter.com/6UETSvsgFk

Jake's reaction to these animals throwing stuff on the ice is perfection pic.twitter.com/cAhjOAEByN

how can you complain?