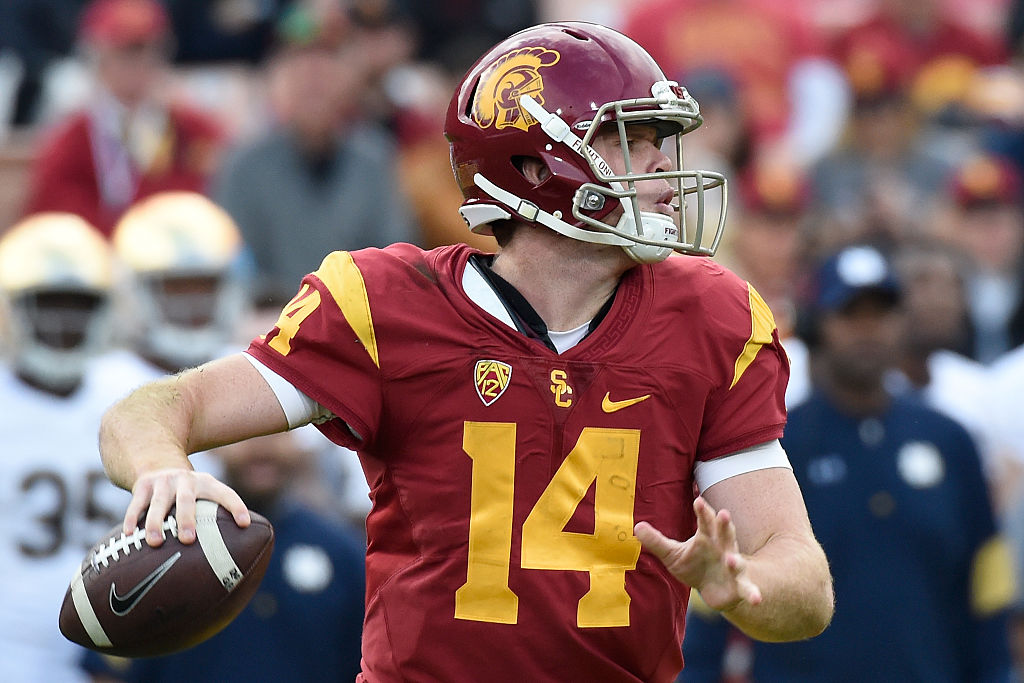 Prior to the draft, I believed, and still do, that USC’s Sam Darnold was the best quarterback of the 2018 class.

I saw the much anticipated Sugar Bowl game between Ohio State and USC, thinking how awesome this game was gonna be- and I usually don’t watch college football games start to finish, but I did this one.  I wanted to see what the hype was on the kid from USC, and I have to say, Darnold won me over.  I even tweeted about it during the game.

This game has been so frustrating to watch, a lot of good stuff from Sam Darnold, but a lot of blown opportunities have cost them tonight. #CottonBowl #USCvsOSU

No sense of urgency the ENTIRE game by #USC costly turnovers, missed FG, missed PI in the endzone, terrible and frustrating game. Still like what I saw in Sam Darnold. Should be a high draft pick #CottonBowl

Yep, Darnold won me over, despite the difficult loss against Ohio State.

Put in the right system, with enough weapons, I honestly think, Darnold would thrive.  Problem is, teams drafting in the top 5 usually don’t have either or, hence their high draft pick status.  But the Browns were building up something during the offseason, adding and trading for weapons on offense, like Carlos Hyde at running back and Jarvis Landry at receiver.  All they needed, was a franchise quarterback, and with two of the top four picks in the draft, they were guaranteed to get at least one of them.

My pick was Darnold.  He just seemed to fit the mold of the tradition 1st overall QB picks.  Aikman, Bledsoe, Luck, Goff, whatever, they were all big, pocket passing quarterbacks, and Darnold fits right into that mold.

Not Baker Mayfield.  So Mayfield going first instead of Darnold was kind of surprising for me.

I really think the Jets got a steal with Darnold at three.  He’s the kind of quarterback who can change a franchise around.  Of course, we’ll find out in a couple of seasons whether the Jets can thank the Browns for passing on Darnold with the first pick or whether I was wrong.