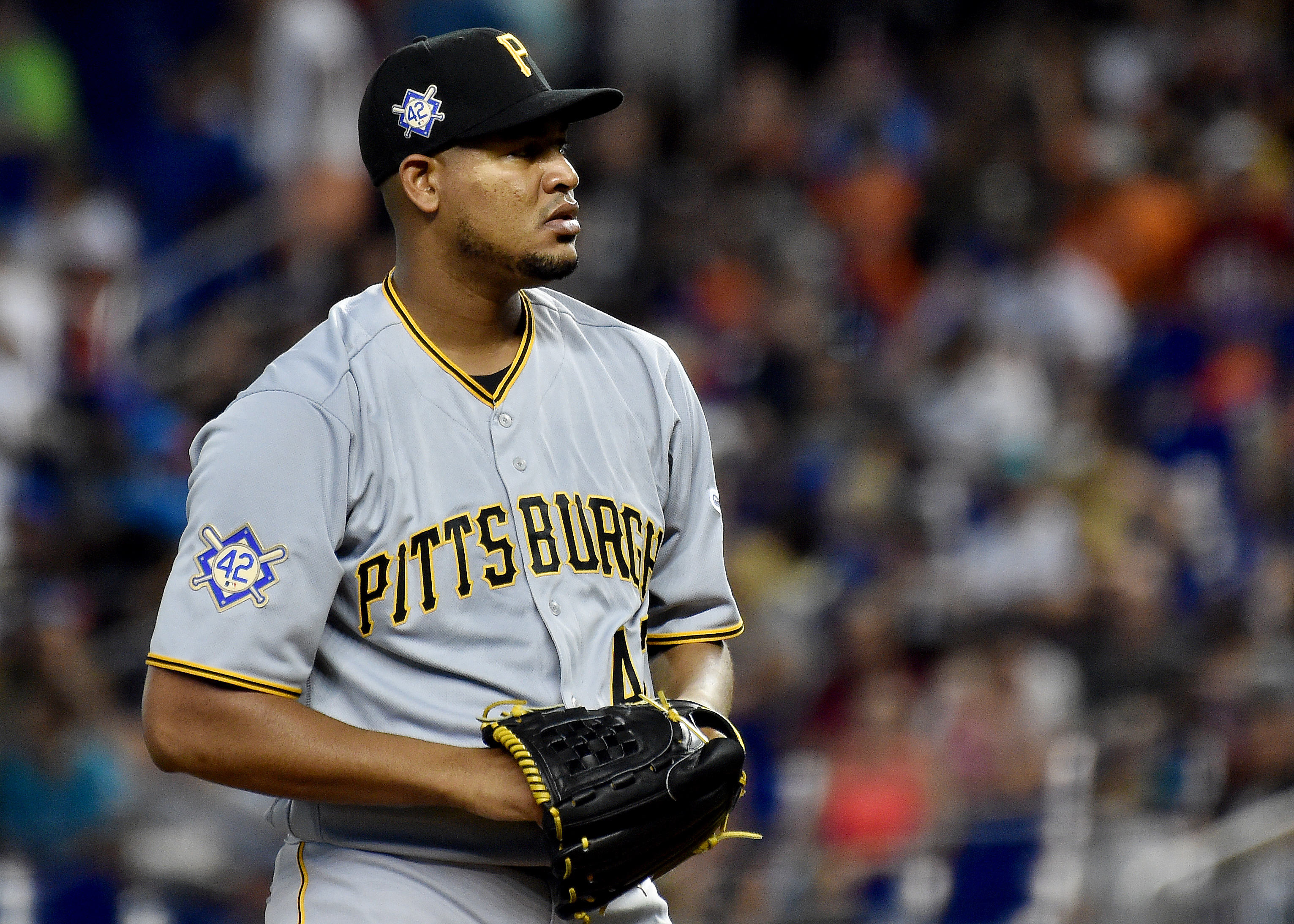 Pittsburgh Pirates starter Ivan Nova is just two starts removed from a sparkling performance at PNC Park against the Detroit Tigers, but in his last two road outings, major red flags have arisen for the veteran right-hander.

In Nova’s last two starts for the Pittsburgh Pirates — May 2 at the Washington Nationals, and May 8 at the Chicago White Sox — the veteran righty has gotten knocked around, giving up 10 earned runs in 6.1 innings, allowing 17 hits and three home runs.

Both starts on the road saw Nova’s BABIP right around a scorching .515, while his HR/FB rate sits right around 42 percent in his last two starts. Those numbers don’t look great for a starter like Nova, who fell off of a cliff in the second half of the 2017 season.

Velocity is there, but…

One thing is very clear though with Nova:  he loves pitching at the Pittsburgh Pirates’ home park.

So what’s the problem with Nova on the road?

That’s not much different from 2017 either, where Nova had a 5.02 ERA on the road, and a sparkling 2.80 ERA at home. He tends to lose control on the road due to lack of command, which seems to be a mental game.

When at home, Nova challenges hitters right out of the gate, pounding the zone early and often, getting outs early in counts. But on the road, Nova seems to be battling something internally, nibbling around the zone instead of keeping that same bulldog mentality, at least lately.

Three of those four starts will come against the No. 18 (Cincinnati), No. 21 (San Francisco), and No. 26 (San Diego) ranked offenses in baseball, while the Cubs rank (No. 8), per ESPN’s team batting stats.

For Nova to get back on track after two poor starts, he’ll need to get back into the mindset of pounding the zone early, forcing teams to put the ball in play at home. With that mentality, and having the backing of PNC Park, the veteran should be able to settle back into a zone, helping the Pirates continue to surprise early in the season.