Does Dmitrij Jaskin have a future with the St. Louis Blues? 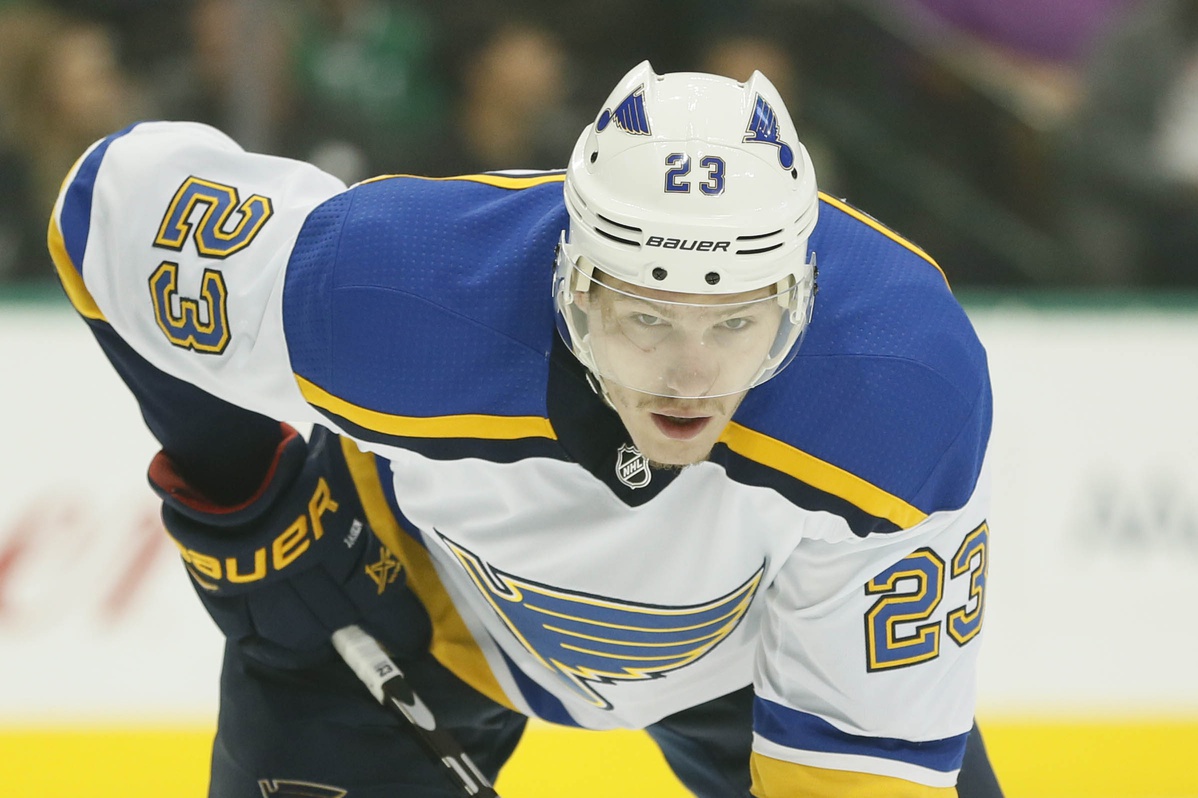 Does Dmitrij Jaskin have a future with the St. Louis Blues?

Does Dmitrij Jaskin have a future with the St. Louis Blues? The 25-year-old Jaskin is coming off of a two-year contract that carried an annual hit against the salary cap of $1 million. In 2017-18, he skated in 76 games and scored six goals and 11 assists. As he prepares to become a restricted free agent, the Blues need to decide how they want to shape their roster after a disappointing season.

A decision involving Jaskin won’t be easy. Any hopes of him having some kind of magical offensive breakout have all but evaporated, but he has proven he is capable of handling some sort of depth role on the lower lines. He’s also extremely affordable, and should continue to be affordable, which is a great feature that the Blues will need as they look to balance their roster.

However, despite his low cost, is Jaskin the type of player the Blues want on their lower lines?

Speed is currently winning games in the NHL. Jaskin, and the Blues’ lower lines, are still modeled in a more traditional “grinders” format. That’s quickly becoming outdated and the Blues are going to have to adapt. Players like Jaskin may be too slow and may not offer enough offensively to compete at the level the Blues need to reach. There’s no denying that Jaskin gives it his all and the effort is there, but he may be passed up by some of the team’s younger prospects. A depth role may be the best the Blues can offer as they look to catch up to the rest of the NHL.

Meanwhile, Jaskin does seem to have an offensive touch when he’s playing for his country. Following the Blues’ 2017-18 season, Jaskin has posted five goals and three assists in eight games with the Czech Republic. Why can’t that type of offensive skill translate over to the NHL?

Regardless of what happens, the Blues can’t afford to use Jaskin, or a similar player, in as many games (76) as they did this past season.