Paul Goldschmidt and Matt Carpenter are both looking for answers 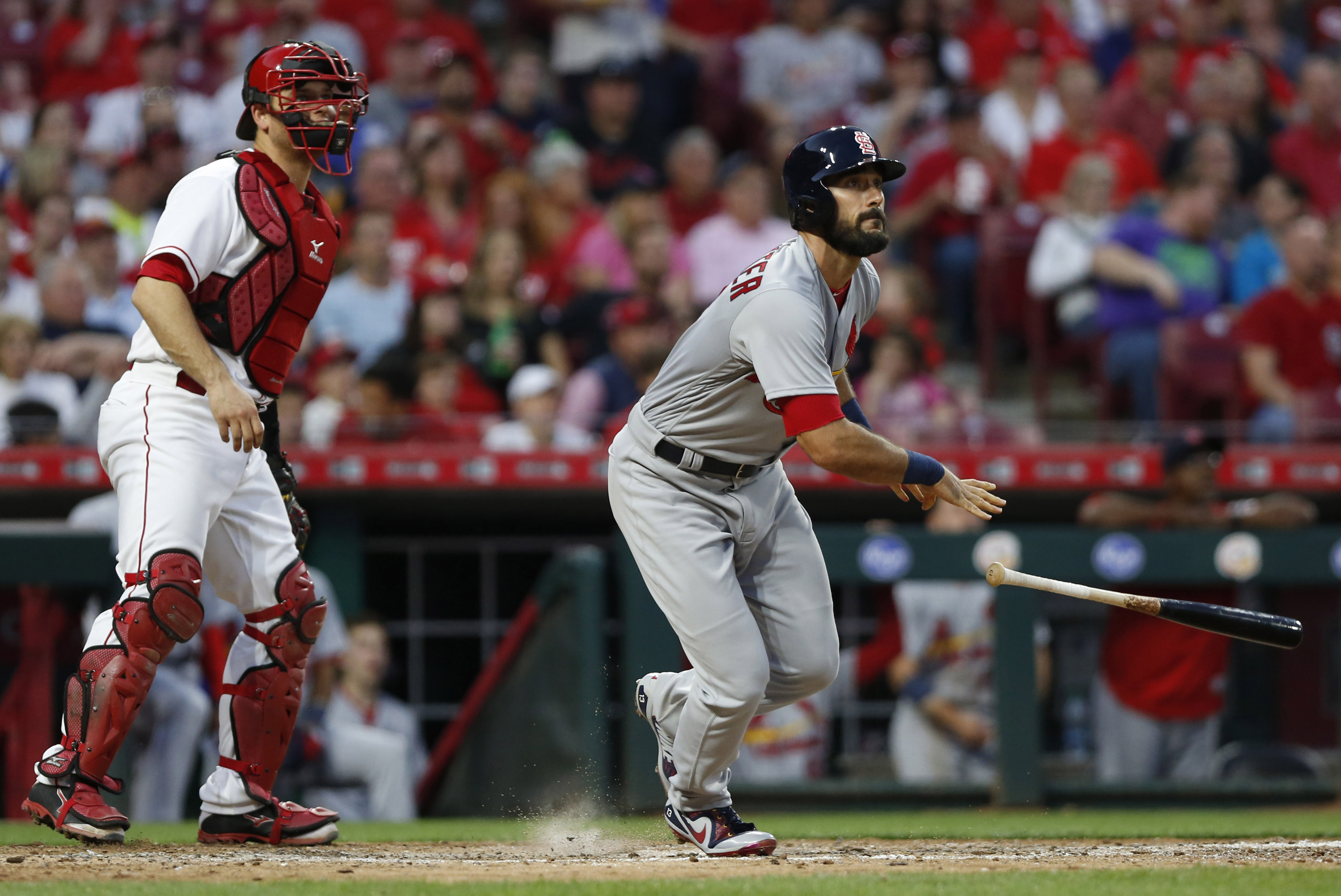 Paul Goldschmidt and Matt Carpenter are both looking for answers

Predicting the Chicago Cubs and Los Angeles Dodgers to win the National League Central and West divisions, respectively, in 2018 would’ve been far from a hot take as recently as a couple months ago. After facing off in the NLCS as division winners last year, their rosters appeared primed to do more of the same this season.

The Cubs are in better shape than the Dodgers right now (and there’s still a lot of time to turn things around), but they’ve each got some stiff competition to deal with as we approach the summer.

These two particular teams are interesting because they’ve had success over the last six weeks despite getting below-average production from what have been their best position players in recent years. Those guys are Paul Goldschmidt of the Dbacks and Matt Carpenter of the Cardinals.

Underrated Given Their Production

With the abundance of young stars in baseball today, it’s hard for guys like Goldschmidt and Carpenter — who have been well above-average players but not necessarily flashy in any way — to make waves and grab headlines. It’s easy to see how important their production has been to their respective teams when looking at some of the numbers, though.

Saying that Goldschmidt has been Arizona’s most valuable position player when using fWAR isn’t exactly an earth-shattering discovery. However, it is eye-popping to see just how much better he’s been. The 30-year-old first baseman has accumulated 31.8 fWAR since making his major-league debut in 2011. The next-closest guy is A.J. Pollock at 16.9.

That’s partially why Goldy’s current .213/.341/.373 triple slash and 99 wRC+ is so surprising to see. He’s constantly been a crucial part of the Dbacks’ success, but they’ve risen to be among the NL’s best despite his early struggles.

Carpenter also made his major-league debut in 2011. He didn’t break out for St. Louis until 2013, though, when he accrued 7.2 fWAR and a 146 wRC+ in 717 plate appearances. Since then, his 22.0 fWAR is easily the highest among any current Cardinals player. The next-closest guy is Yadier Molina at 14.9 (although Tommy Pham is shooting his way up the leaderboard despite playing in just under 500 fewer games).

The Issues for Goldschmidt

While Goldschmidt has had some issues with pitches coming in at a high velocity, his overall peripherals don’t look terribly out of place. Sure, his 71.4% contact rate is low and his 21.9% soft-hit rate is high, but his 41.7% hard-hit rate is right in line with his career norms.

The right-handed slugger’s performance at home (66 wRC+ in 105 plate appearances) has actually been atrocious, especially compared to what he’s done on the road (145 wRC+ in 74 plate appearances). However, one statistic that’s abnormally worse than it has been in previous years is his strikeout rate.

After going down on strikes at a 22.1% clip between 2011 and 2017, that number has risen up to 30.2% through 179 plate appearances. What’s interesting about this is that opposing pitchers have recorded a first-pitch strike against him at a 68.7% clip, a drastic change from the 57.1% career rate entering this year.

The Issues for Carpenter

Similar to Goldschmidt, Carpenter’s 28.6% strikeout rate is much higher than his career rate entering 2018 (18.1%), but this isn’t the most shocking development from his sluggish start. His stunning lack of content would win those honors.

Between 2011 and 2017, Carpenter always finished with an overall contact rate above 80.0%. Through his first 140 plate appearances this year, that number is just 71.6%. The 32-year-old has never been one to offer at many pitches — he’s swung at 33.3% of pitches in 2018, which is flirting with career-low numbers — but the breakdown isn’t all that favorable.

Here’s a look at how his chase rate (O-Swing%), swing rate on strikes (Z-Swing%), and the corresponding contact rates compare since 2017.

When he’s actually making contact, his numbers have been great (outside of the results). Carpenter has produced just a 29.3% ground-ball rate to go along with a 7.9% soft-hit rate and 39.5% hard-hit rate. Unfortunately, that’s led to a very low .178 BABIP.

While it’d be best for him to put more balls in play, it’d also be helpful to get some more good fortune on the ones he has been connecting with.

Is Time Running Out?

If you told anyone associated with the Dbacks or Cardinals they’d be in or near first place despite how little Goldschmidt and Carpenter have contributed, they’d be thrilled. However, these guys were perceived as vital building blocks to a competitive team. It’s almost as if both clubs are tempting fate with each passing day their veteran stars remain in a slump (and the productive players, like Pollock, hit the disabled list for an extended period of time).

Past performance tells us these two will eventually find a way to get back on track. The only questions now are how long it’ll take to happen and how their teams will fare before they finally figure things out.