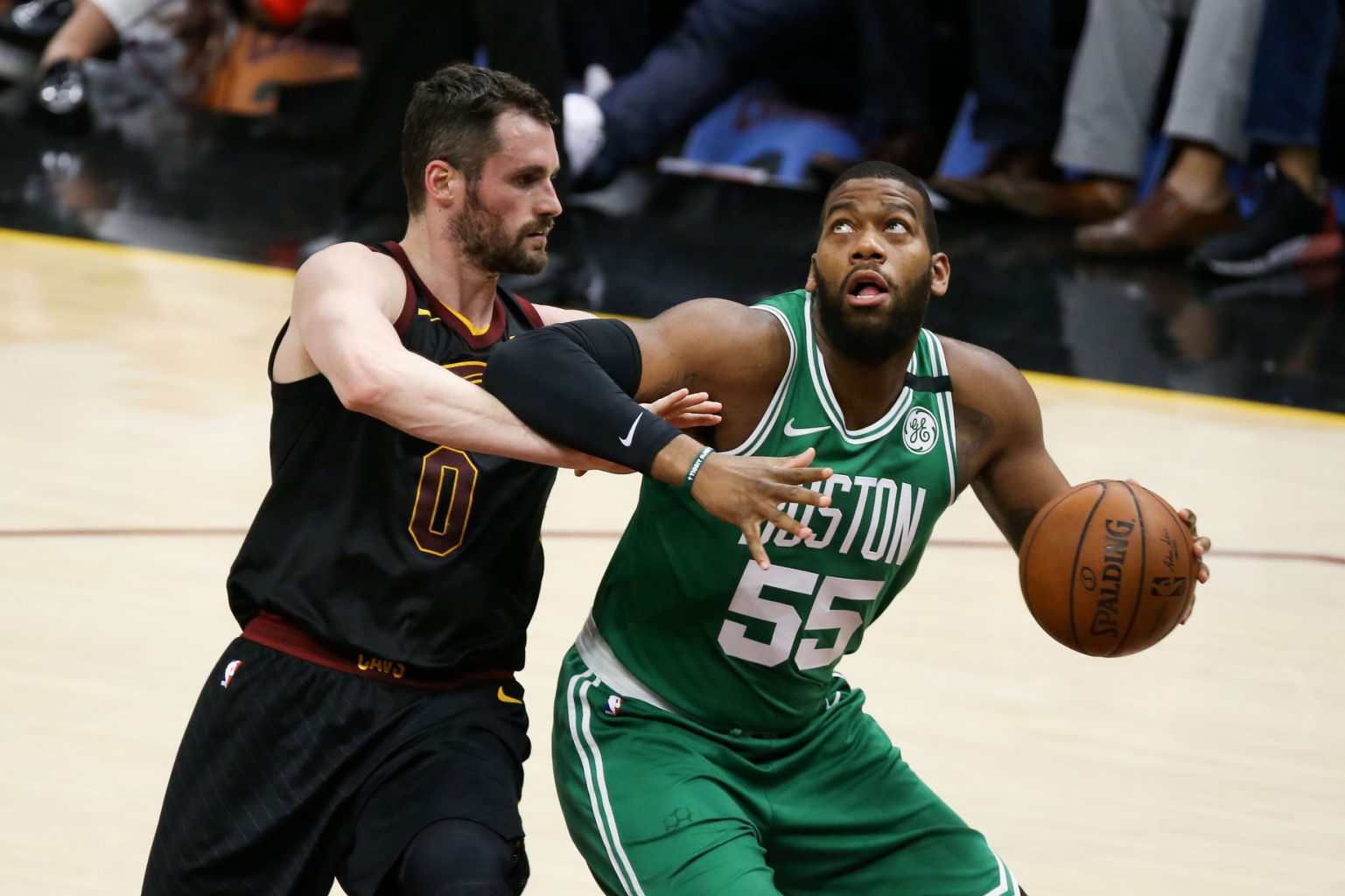 Welp. LeBron James was not going to let his Cleveland Cavaliers be embarrassed in three consecutive games, so the outcome of this game—a Cavs win—is hardly surprising. The game being a wire-to-wire 116-86 blowout in which the Boston Celtics never had a chance is…considerably more surprising. Cs didn’t appear confident or in rhythm on either side of the ball, and despite their poor defensive pedigree, the Cavs turned up the intensity, particularly in terms of rebounding, and made it hell for Boston.

This game began about as you’d expect, i.e., very well for the Cavs and poorly for the Cs, given one verifiable fact and some baseless speculation:

On one hand, Cleveland was going to play better at home to start, because that’s what roleplayers generally do, and they made some early threes. On the other, the NBA will accept the loss in revenue from Cleveland missing the finals but in no f***ing way will they let it happen quickly or easily. I mean, what the hell were the extra possessions for Cleveland that should’ve been turnovers but were called off Boston? And that dubious loose-ball foul called against Aron Baynes? Sometimes cigars is just cigars, so to speak (Baynes certainly makes clumsy mistakes) but a few of those looked fishy, and I’m feeling like being a bit irrational right now.

I don’t really mean to let the Celtics off the hook, because all of the fault for this poor game ultimately lies with them. They missed a lot of fairly open shots in the first few minutes and then let sloppiness overwhelm them, all while non-LeBron Cavs players finally woke up. George Hill was particularly huge for them on both ends of the floor, Tristan Thompson’s pestering had greater effectiveness and LeBron’s generalship of the floor was top-notch, especially due to its inclusiveness. The Celtics’ only real fuel came from a handful of treys, so Boston was somewhat lucky to be down just 32-17 at the quarter’s end.

Jayson Tatum emerged as a reasonably reliable Celtics threat early in the second frame, but they didn’t have many other ones that were working. The Cavs’ success at swarming the glass to prevent Cs’ second-chance points and overall defensive aggression—worlds away from the deer-in-headlights utter uselessness they demonstrated in Games 1 and 2—was serious trouble for our heroes. Not to mention more missed shots and poor shots on their part. Their best success was at the free-throw line, which, unless your team is entirely comprised of James Hardens, is very bad. The Celtics looked somewhat better just down the stretch of Q2, but were still down a grotesque 20 points, 41-61, when halftime rolled around.

Wheels didn’t quite divorce themselves from the cart for Boston in the first half of the third quarter. But it sure didn’t look good. The Cs had such poor luck and execution on the offensive end that their improved ability to slow down the Cavs’ shotmaking was entirely irrelevant. And after a while, even the defense started to falter, complete with a moment of internal bickering between Baynes and Marcus Morris that wasn’t particularly alarming as any sign of real animus, just disheartening to see within the context of a game. In the meantime, Cleveland built its lead to almost 30 points at times—25 at the end of the frame, 87-63—with LeBron keeping the ship steady.

The Celtics thrive on comebacks. Or at least they’re very, very, very good at them. 25-30 point comebacks…are not exactly manageable. This one certainly wasn’t. I could break down specifics but considering that Abdel Nader and Guerschon Yabusele were clocking significant time during the fourth, that should tell you all you need to know. Serious adjustments and rejuvenation will be necessary if Boston hopes to win any of the road games in this series.

HOT ISH: Jayson Tatum did everything he could to keep the Cs going whenever he took the floor, and the blowout would’ve been a massacre if not for his ceaseless effort.

NOT ISH: Nothing else went well for the Celtics. They were drastically out-rebounded, outshot from the field and beyond the arc—even out-assisted, which should not happen against a Cavs team whose players don’t pass particularly well (aside from LeBron and Kevin Love).

Marcus Morris with the first bucket of half #2!#CUsRise @ESPNNBA pic.twitter.com/epyPwOhqkY