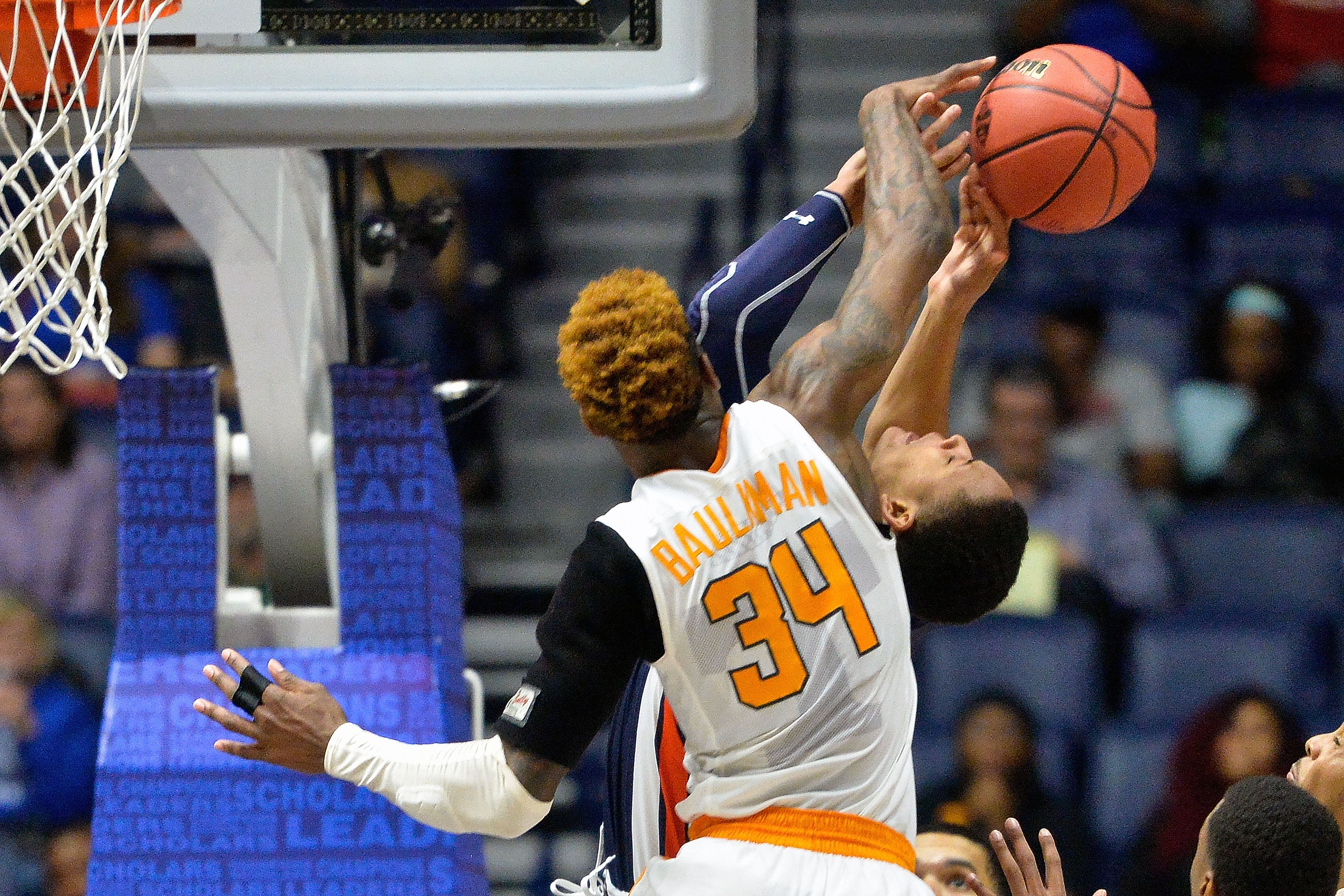 Devon Baulkman was one of three Westchester Knicks to make the 2017-18 roster as a tryout player. His season debut was delayed due to a hip injury that he suffered in an exhibition game against the Long Island Nets. His injury nearly ended his season, but he tackled the rehab process head on and made his debut on December 16 against the Santa Cruz Warriors.

Despite missing the first 18 games of the season, the second-year guard noted how he was able to stay sharp leading up to his debut.

“I had to make sure I knew how to play, ease in and make sure I wasn’t thinking about my injury,” Baulkman said. “The main thing is being confident about yourself and knowing what you can give and staying high leveled.”

As the season went on, the forward was able to establish himself as a defensive player. He did many things throughout the season that made a difference for the Westchester Knicks and was able to carve out a role as the season progressed.

Baulkman was able to be a contributor for one of the top defenses in the G League. He was able to use his defensive instincts to pick off passes and turn defense into quick points. The 6’4″ guard played some good defense on Isaiah Whitehead, which forced Whitehead to pass the ball late in the shot clock and turn the ball over.

He was able to stick with Jeremy Hollowell and Xavier Munford as the players made their ways to the rim, but Baulkman rejected both shots. With the block on Hollowell, Westchester picked up a quick corner three in transition off a bullet pass from Billy Garrett.

On one possession against the Raptors 905, he grabbed a steal then took it himself for the two-handed flush. On another possession, the Knicks guard stuck with Malcolm Miller on his way to the basket and picked the ball from him. Baulkman then found Zak Irvin in transition for the basket. He recorded a season-high five steals and 7-of-10 shooting from the field against the Raptors 905.

Though Baulkman experienced a borderline season-ending hip injury, he managed to become a contributor for a Westchester team that finished 32-18. He played opposing players tough, fought for loose balls, and helped turn defense into offense. The Tennessee product had one his best offensive months in February where he averaged 7.5 points on 62.1 percent shooting from the field in 15.6 minutes per game through six games.