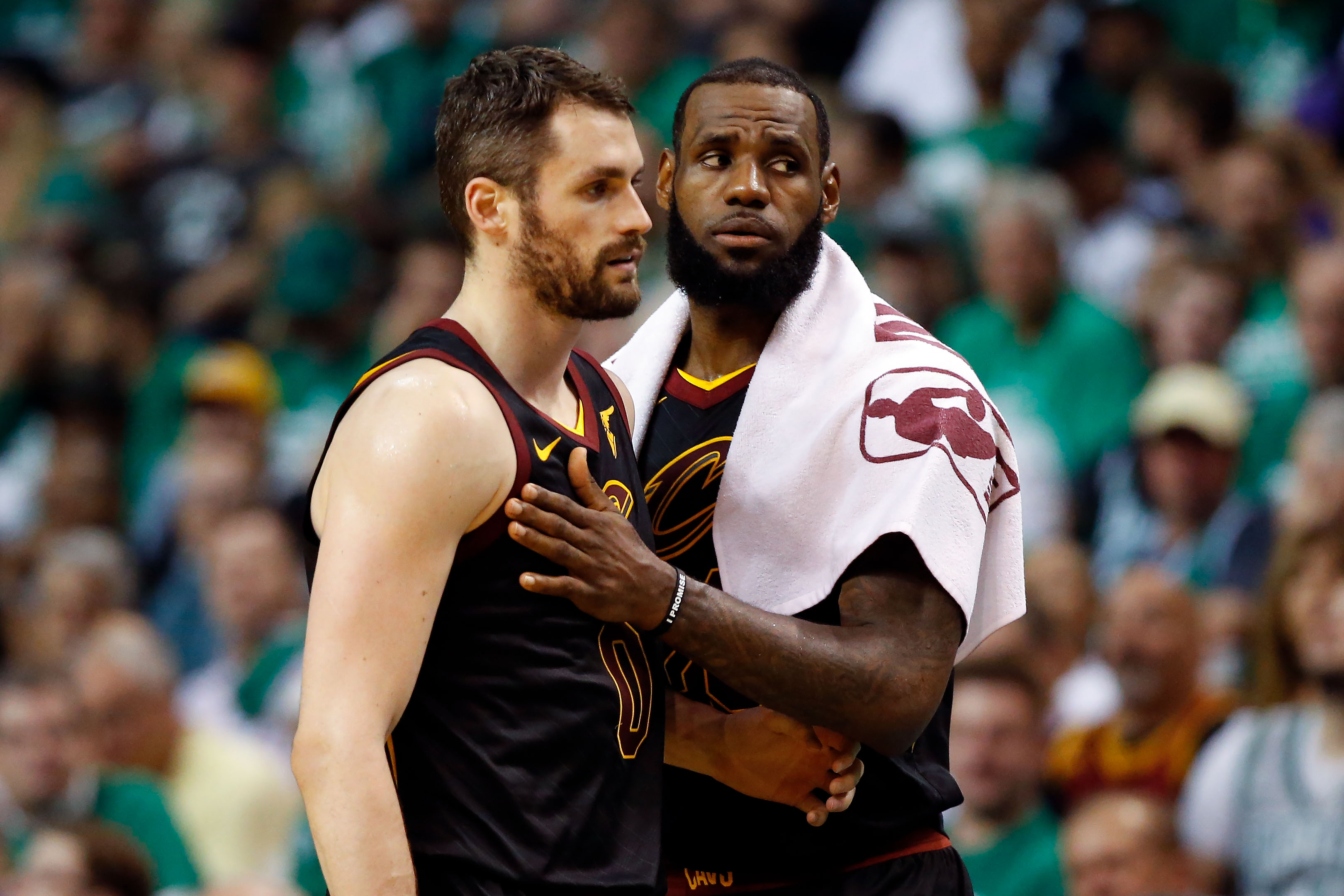 The Cavs were forced to play without their second-best scorer — Kevin Love — in Game 7 of the Eastern Conference Finals on Sunday night.

Still, LeBron James and the team found a way to win, with Jeff Green coming up huge as their X-factor.

Love wasn’t seen watching the game near the Cavs bench, though, and there’s a reason for that. Due to his concussion symptoms, he actually couldn’t even watch the game from the court. Instead, he watched it from a back room.

Kevin Love is at TD Garden for Game 7. He’ll watch the action in a room in the back. To say the least, this circumstance has him bummed out, but he’s hopeful there will be a game for him to play in on Thursday.

The NBA Finals begin on Thursday, so it will be interesting to see if Love is cleared by then.