Good Times in Goodyear: Extended Spring Training in May 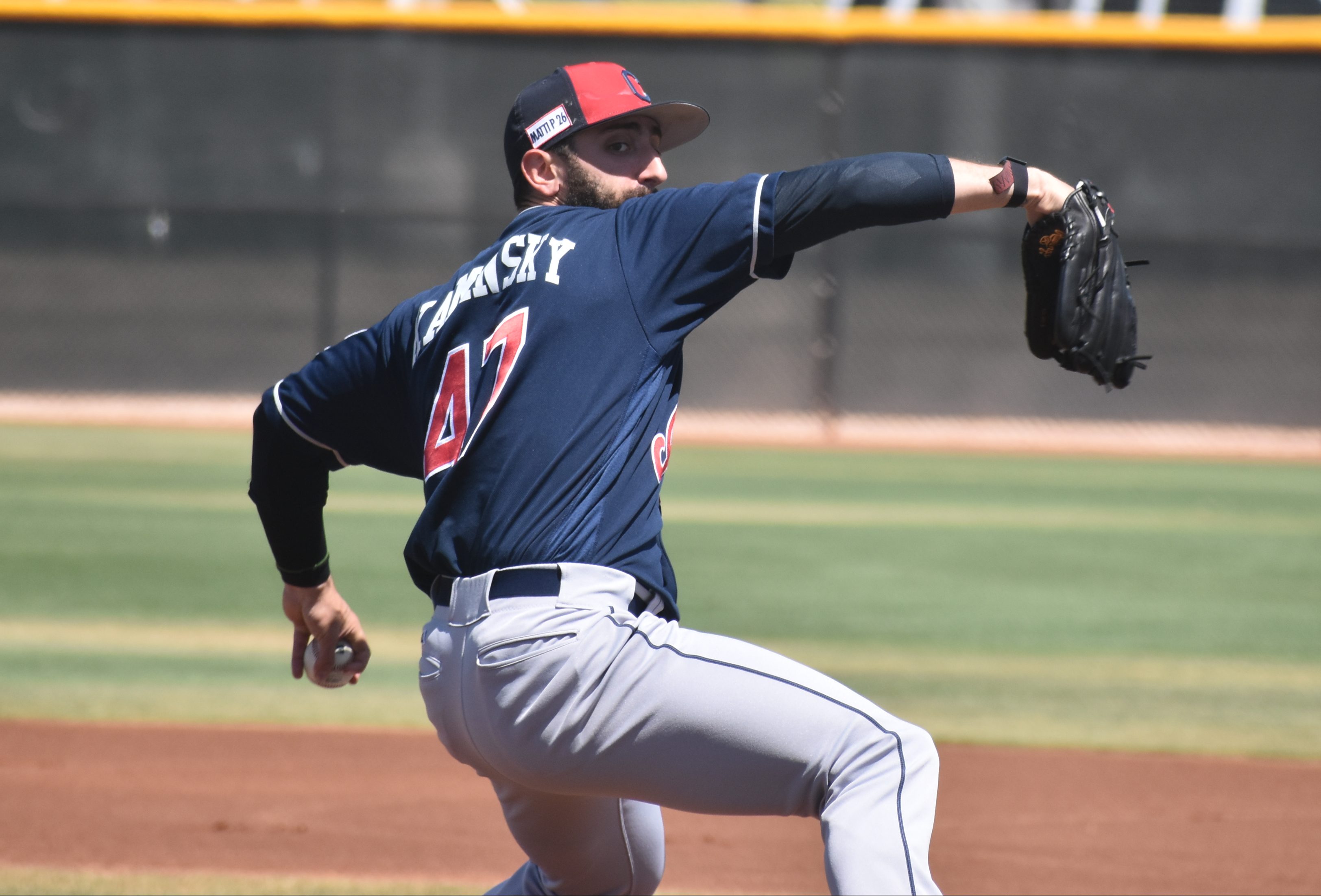 Good Times in Goodyear: Extended Spring Training in May

Things have been heating up in Arizona literally if not figuratively as the rookie leaguers continue to prepare for their seasons in Mahoning Valley, Goodyear and the Dominican Republic. Of greatest note in recent days, however, is the additions of Dace Kime, Rob Kaminsky and Tristan McKenzie for rehab assignments.

Kaminsky has had an interesting ride, going from one of the Cardinals top prospects to a potential MLB option after a strong 2016 season in Akron, then missing all of 2017 after just one start. The big lefty is finally back on the mound and had a solid appearance on May 22nd, albeit a short one, as he struck out three in one inning, walking one and hitting another. He threw two more innings on 5/25 against the Dodgers and struck out two, while allowing two hits. After having significant shoulder issues, it’s possible the Indians will keep him in a short inning role, potentially turning him into a left handed match-up man (.235/.273/.307 in his last full season vs LHH). In his appearance his fast ball was in the high 80’s and he had great movement on his slider with about 10 MPH of separation.

Kime has also been recovering for quite some time after pitching just 28 innings over the last two years. He has been converted into a full time reliever and made three appearances in Arizona with one more expected before he returns to the upper minors. McKenzie pitched three innings on 5/25 and struck out seven batters out of his eight batters retired (the other was on tag out at home). His velocity was back to normal, but his command was not quite back to his normal elite level.

As for the actual rookies, I had the opportunity to see 18 year old Daritzon Feliz make a start against the Reds and it went a long way to show why DSL stats aren’t particularly useful. While it’s far too early to judge anything, the lefty has a killer slider and a mid-90’s fastball and a lot of potential. He’s also incredibly wild, something apparent from his 11 wild pitches in 2017 as well as his three walks, wild pitch and throwing error in three innings on May 15th this year. He will be one of many interesting pitchers from the Dominican Summer League to watch this year in Arizona.

On the field, Wilbis Santiago has been crushing it. While the 21 year old only had two career home runs in three DSL seasons, he was able to take top White Sox prospect Alec Hansen deep last Tuesday and has consistently hit the ball hard and on a line, even when he makes outs. He has played quite a bit at first, second and third already in his career and could end up being a super-utility type if he doesn’t stick at one position. Henderson De Oleo also had a monster of a home run on 5/25 against the Dodgers.