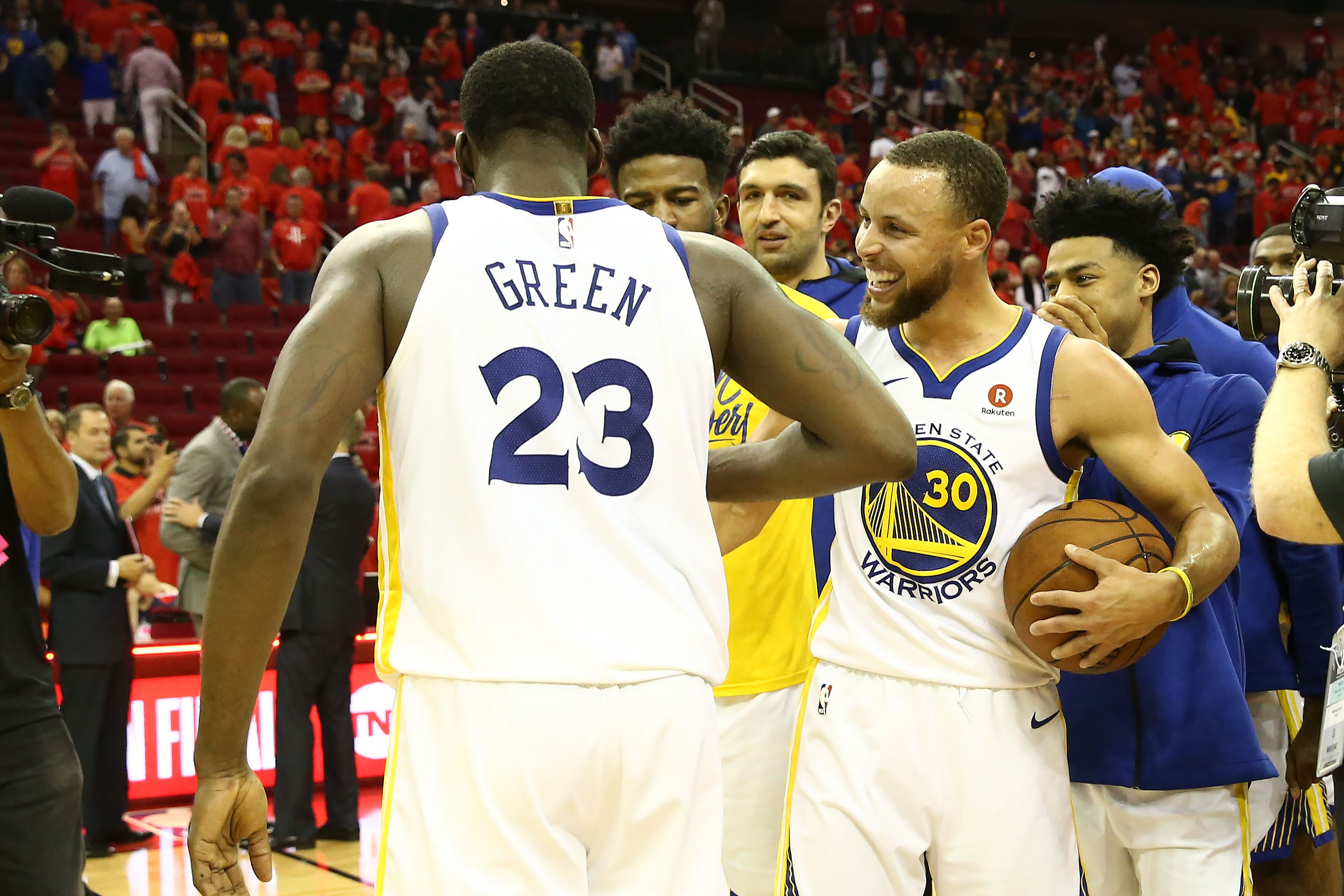 The Warriors and Cavs are now set to meet in the NBA Finals for the fourth consecutive season, and the trash talk has officially begun — sort of.

On their way back to the Bay Area, after winning Game 7 of the Western Conference Finals in Houston, a few of the Warriors players began singing Usher songs while celebrating on the team plane. Nick “Swaggy P” Young appeared to be the conductor that was driving the karaoke train, judging by the videos you can check out below.

Anyway, why is this relevant? Because Usher is a part-owner of the Cavaliers.

Okay the Warriors singing Usher on the plane is comedy 😂 pic.twitter.com/fTXrVQ75mD

Swaggy P is the best. We can’t wait to watch him in the NBA Finals. And he had plenty of reason to celebrate yesterday — he shot at a 100 percent clip (1-for-1).