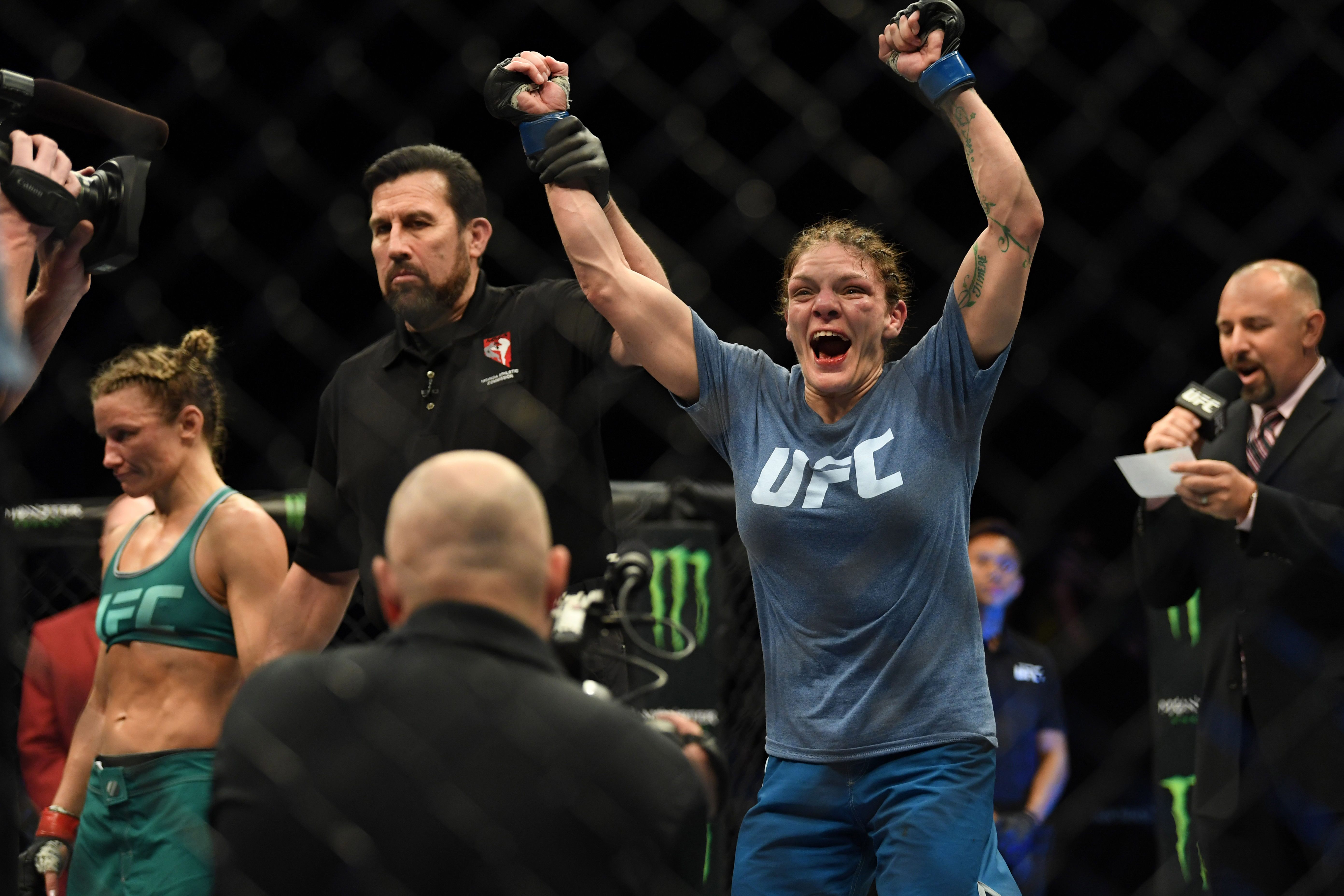 A lot of people are really high on Sijara Eubanks because she would have had the first title shot in the flyweight division if not for a weight cutting snafu. Some even had her as the favorite to take the title.

However, here’s what the general public is missing on Eubanks; she’s 2-2 in her career. Her wins have come against fighters with a combined record of 1-4 and both of her losses have come to UFC fighter (Katlyn Chookagain and Aspen Ladd). It seems that Eubanks has a tough time with fighters she can’t manipulate into fighting her fight, which is to say on the ground. Since Lauren Murphy has a notoriously good gas tank and fights a smart fight (as nearly every John Crouch trained fighter does), she should be the perfect recipe here for the upset.