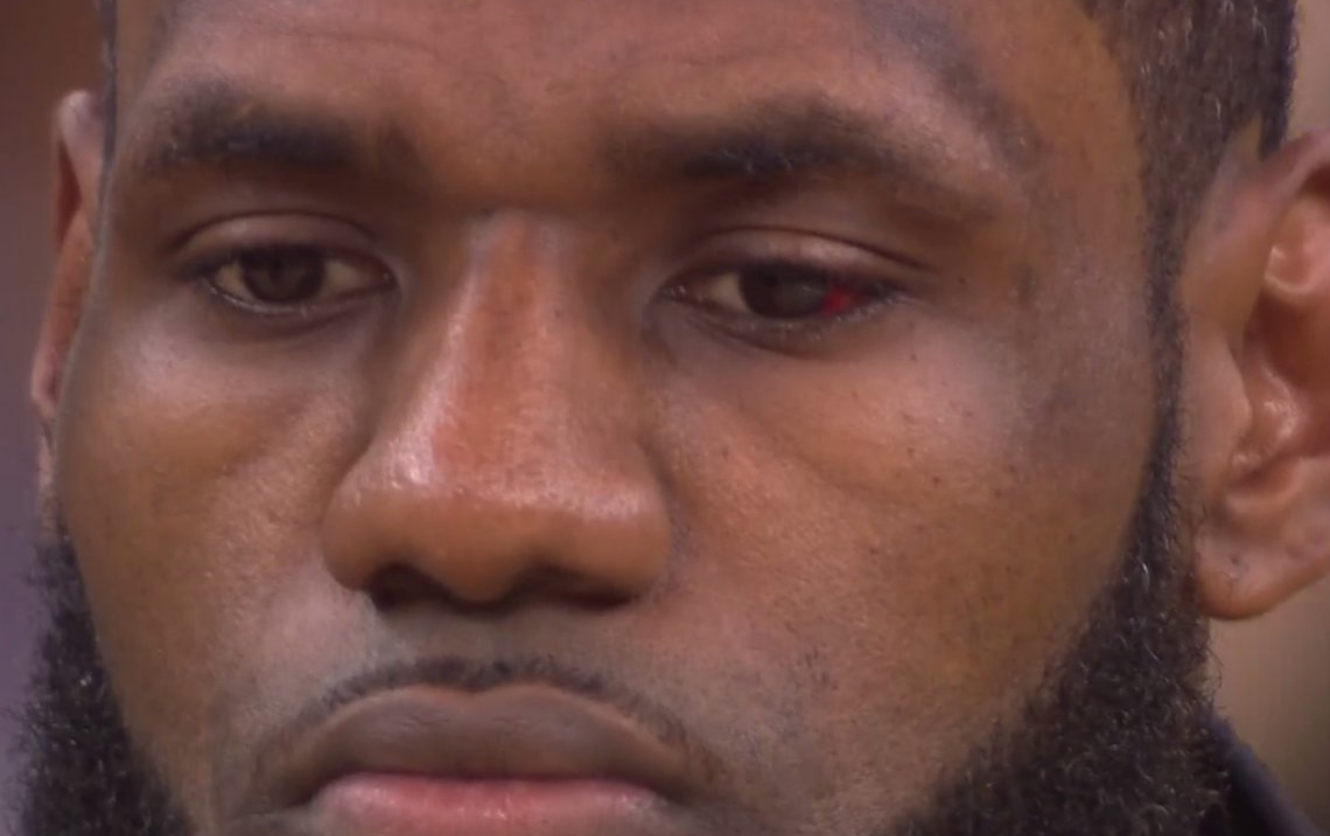 LeBron James’ left eye was bloodshot in the first half of Game 1 of the NBA Finals, yet he still managed to drop 51 points, which is incredible.

James was poked in the eye by Draymond Green, and it resulted in some serious redness. LBJ also stated that his vision was blurry late in the game.

He was given antibiotics and eye drops in between games, and said he was doing better, but it’s clear his eye was still irritated, as this photo below shows.

Still red, but you’d never know it, judging by his dominant play on the court.