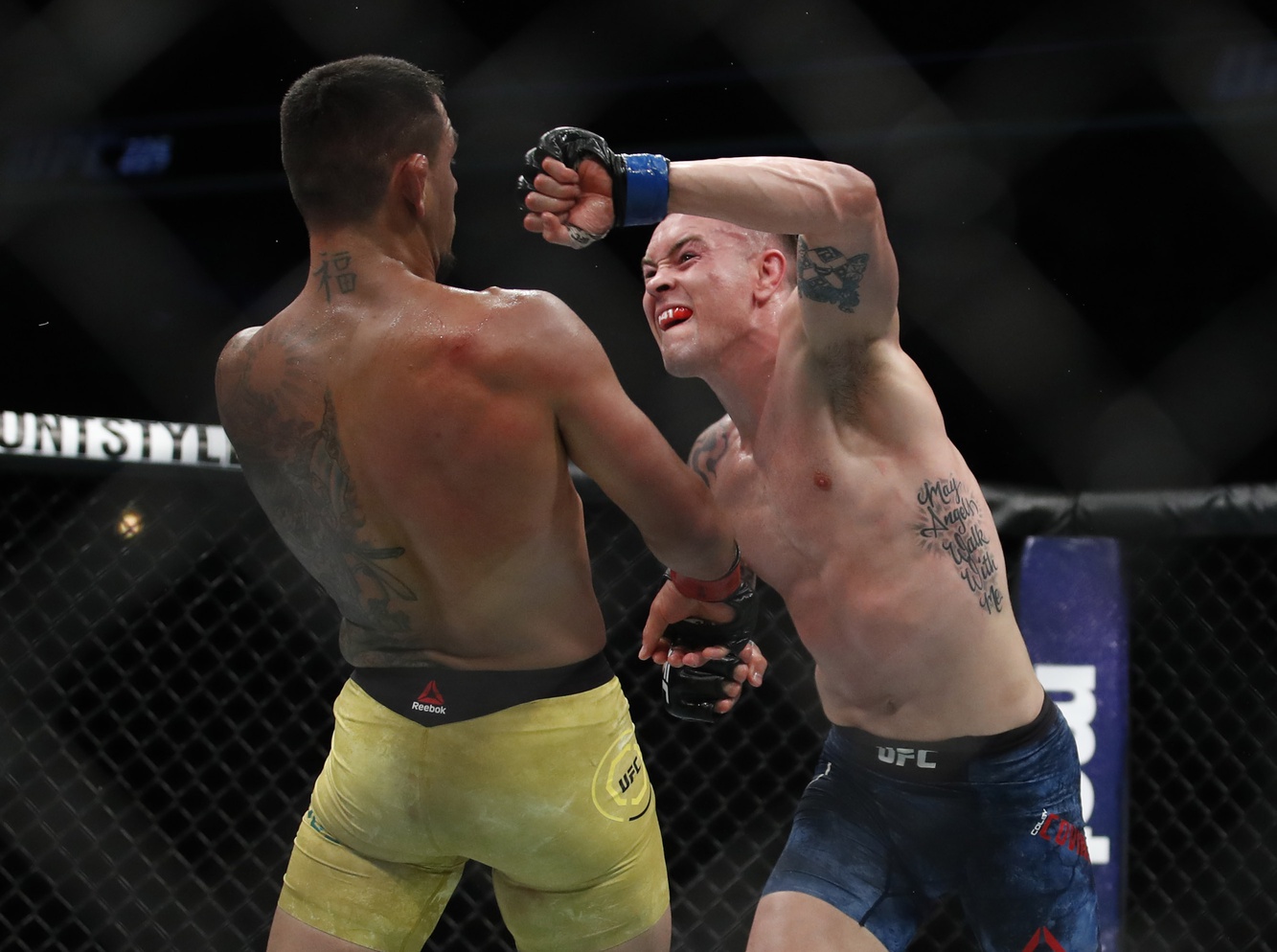 Love him or hate him (I’m guessing it’s the later), Colby ‘Chaos’ Covington isn’t going anywhere anytime soon.  He now has UFC gold around his waist.

The mouth that roared once again backed it up in the cage, taking a unanimous decision victory over Rafael dos Anjos in Chicago.  The win was in thanks to Covington’s relentless, overwhelming pace.

While RDA was game, he was no match for Covington’s grappling and effective striking ability.

WHAT A START!@RdosAnjosMMA flies into the fourth round. #UFC225 pic.twitter.com/JIFMJJwX3j

Up next will be a title unification fight against Tyron Woodley in what should be a great fight, both inside the cage and out.