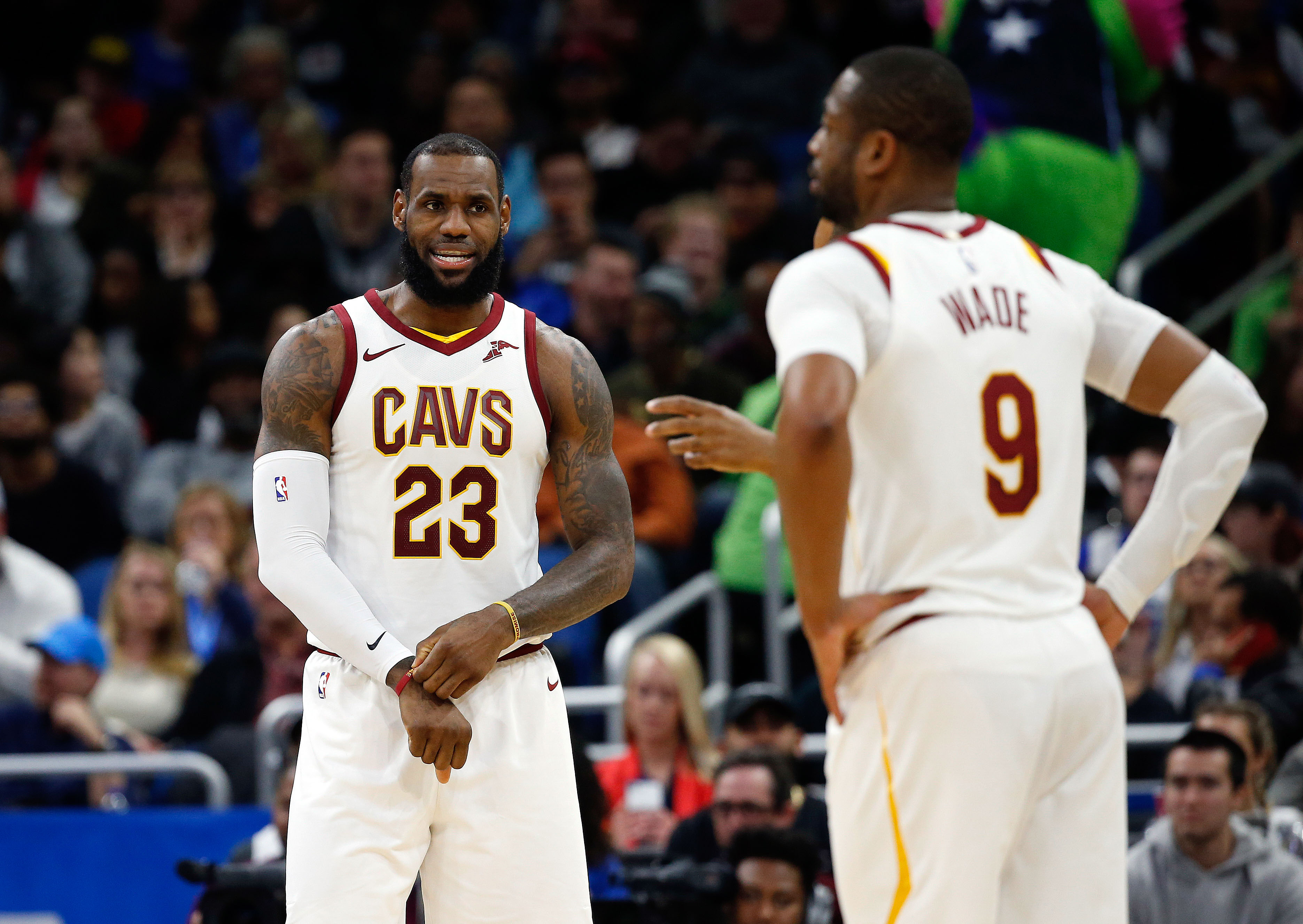 No one really knows where LeBron James will end up next season, as he has the option to opt out of the final year of his current deal, which would allow him to test the free-agent market.

It does, however, seem like a foregone conclusion that James will do exactly that, and that Game 4 of the NBA Finals was his final one as a member of the Cavs.

Aside from that, though, nothing is clear.

The Sixers, Rockets, Heat and Lakers appear to be the current favorites to land James, but we can’t count out the Clippers, either.

There are still a few weeks until the free-agent market is set to open, so the speculation is just now beginning. And while it’s impossible to crack James’ inner-circle, one of his good buddies, Dwyane Wade, shared some thoughts on what may drive James’ decision.

“I don’t think it’s a basketball thing,” Wade said on Fox Sports’ ‘Chris and Caron’ show. “I mean obviously he’s shown this year he can get to the Finals no matter what the circumstances are. I don’t really think, for him, the basketball decision of saying, ‘Oh, let me go team up with three All-Stars,’ I think at this point in his life it’s more so of a lifestyle thing of, ‘Where my family is going to be the most comfortable’ or ‘where I’m going be the most happiest at.’ Because basketball-wise, he’s so great he can bring along and take along whomever.”

Wade knows James as well as anyone, so we’re willing to bet that “lifestyle” really will play a big role in his decision.