Best, worst and most surprising moments from Day 2 of World Cup 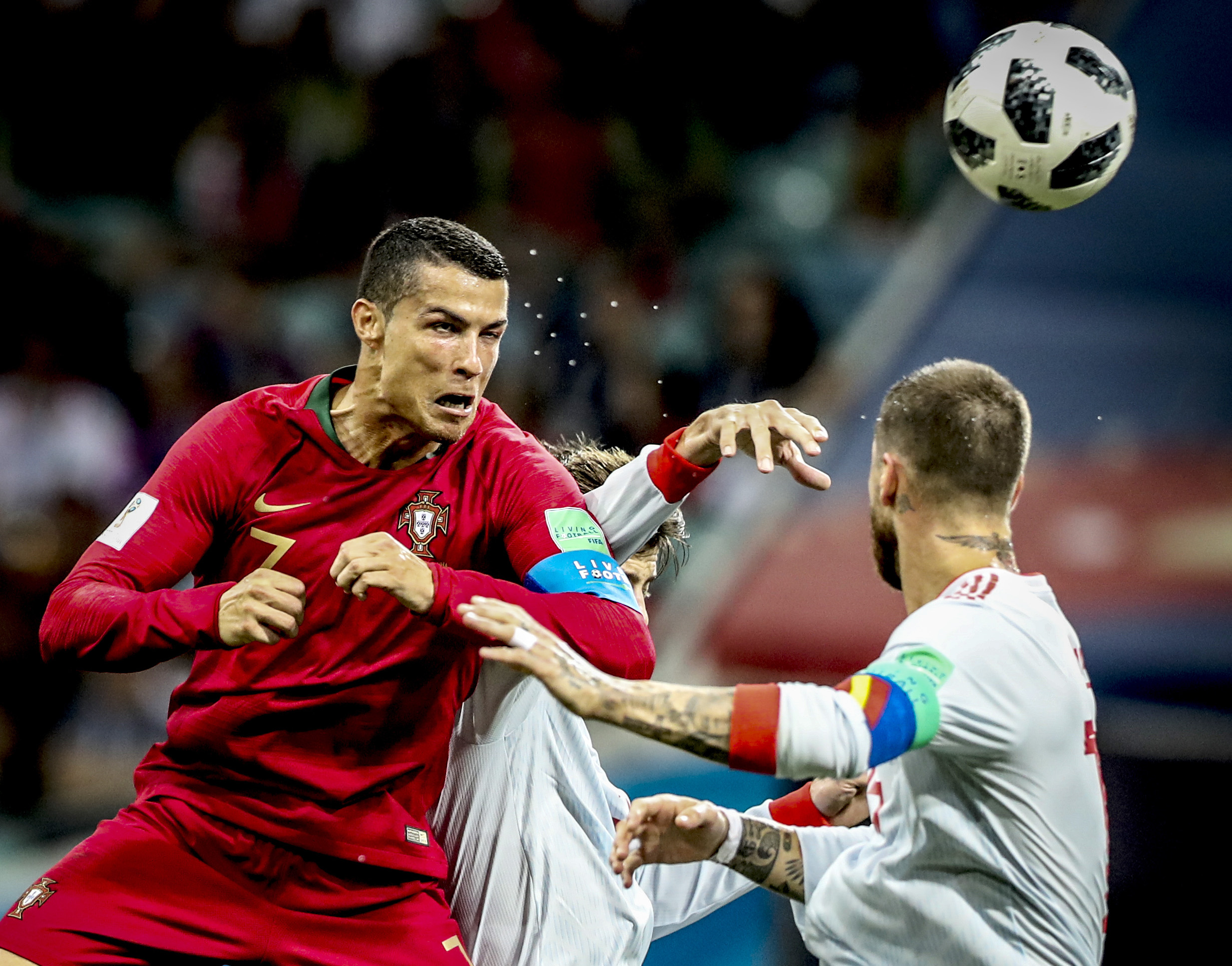 Best, worst and most surprising moments from Day 2 of World Cup

Soccer fans were not disappointed in the first full slate of games in the 2018 World Cup, with Spain and Portugal going toe-to-toe in a 3-3 draw.

That match had it all — with a Cristiano Ronaldo hat trick, and Nacho scoring the goal of the tournament with a firecracker of a blast. But that wasn’t all that Friday’s games had to offer. Here are the winners and losers, as well as some other notable moments from the three matches.

Uruguay’s defensive line was, as expected, the strength of the team.  Godin and company managed to hold Egypt scoreless while scoring the only goal of the match.

With only two international caps to his name, the Al-Ahly keeper managed to keep a clean sheet for the first 89 minutes of the match until Uruguay finally broke through on a corner kick.

Their forwards were unable to take advantage of the few opportunities afforded to them by the Egyptian defense.  With international stars Edinson Cavani and Luis Suarez unable to score, Uruguay resorted to moving fullback Diego Godin into the attack, which only served to allow Egypt counter-attacking opportunities.

With Ekaterinburg Arena expanded to hold 35,000 fans, one would have thought that there’d be no problem filling up the stadium to capacity. A scan of the stadium, however, clearly showed groups of empty seats in every section.  Whether a failure on the part of FIFA, the Russian Federation or the various supporter groups, this is somewhat of a black eye for the organizers of the tournament.

The tenacity of the defensive back line of Egypt kept the game scoreless throughout most of the match.  Much was said of the “Atletico Madrid” fullback combo of Diego Godin and Jose Jimenez being among the best in the tournament but give credit to Egypt’s back line for taming the offense of Uruguay.

While Egypt gave Uruguay all they could handle in the match, the Pharaohs remain winless in World Cup competition. With Mohamed Salah on the bench with his shoulder injury, it remain open to speculation as to whether the end result would have been different if Salah had been able to play.

Knowing that his squad was coming into the match as an underdog, veteran manager Carlos Queiroz wisely set out to slow down the tempo of the game and was largely successful.  This tactic kept the game level throughout most of the match and kept the Iranian team competitive against a superior Moroccan squad whose late miscue proved Queiroz correct.

In a match that had more than its share of theatrical tumbles, Turkish referee Cuneyt Cakir kept tempers cool and the game flowing.  He only injected himself into the game when it was necessary, letting play continue so that the players could decide the outcome. Well done.

When any player is compared to Lionel Messi, one would do well to take that with a large dose of reality. While certainly a serviceable player for Team Melli, 23-year-old Sardar Azmoun had many of the scoring opportunities for Iran but failed to convert them. Setting a bar that high might set one up for disappointment, as it did in Iran’s first Cup match.

When attacker Nordin Amrabat of Morocco went to ground in the 72nd minute, he and the team made every attempt to get him back on the pitch. All this was going on under the backdrop of television, where he was stumbling while dizzy.  The training staff of Morocco squirted some water on him while putting an ice pack on his head. Fortunately, a few telling glances from the referee convinced Morocco to substitute their player.

Biggest Surprise- Playing for a Point?

With Portugal and Spain rounding out Group B, it would make sense that both team would relish earning three points from this match, with the next two games being played against rougher opponents. Yet it seemed that neither team was willing to take a risk or to alter their game plan even as a scoreless match progressed deep into the second half. And with an own goal awarding Iran all three points, Morocco will surely be questioning their game plan.

Of the 23 rostered players of Morocco, 17 were born in a different country.

Scoring as many goals as the entire Spanish team, Ronaldo literally lifted the team on his shoulders and tied Spain in the 87th minute. While Portugal as a team was outplayed by Spain, CR7 was the great equalizer against his Iberian rival.

After being put on hiatus from the Spanish national team, Diego Costa resurrected his career at Atletico Madrid after a somewhat dismal year at Chelsea.  Interim manager Fernando Hierro made the decision to put Costa in the starting 11 and was rewarded with a Costa brace.

With Ronaldo comprising the entire offensive firepower for Portugal, Pique (as he has done numerous times with Barcelona) intentionally fouled CR7 just outside the box dead center from goal in the 87th minute. There was no reason for the foul, and the resulting free kick cost Spain the full three points.

Terminating the contract of their manager because he was about to sign a contract with Real Madrid two days before the World Cup starts was a truly boneheaded move. While no one would argue that his resignation showed a lack of class, he was replaced by their sporting director who has little managerial experience. Lopetegui had already put his system in place and hadn’t lost in his 20 managed games.  Ethics aside, this is a huge mistake on the part of the RFEF.

CR7 drove towards goal in the 4th minute of the match and was awarded a penalty kick.  The surprise? He was clearly taken down by Nacho in the penalty area and didn’t dive.

Spain and Portugal have been in the World Cup a combined 22 times. But while Spain has won the Cup in 2010, the best Portugal has done in the tournament is 3rd place, and that was in 1966.