The Blues are interested in Ilya Kovalchuk, but does it make sense? 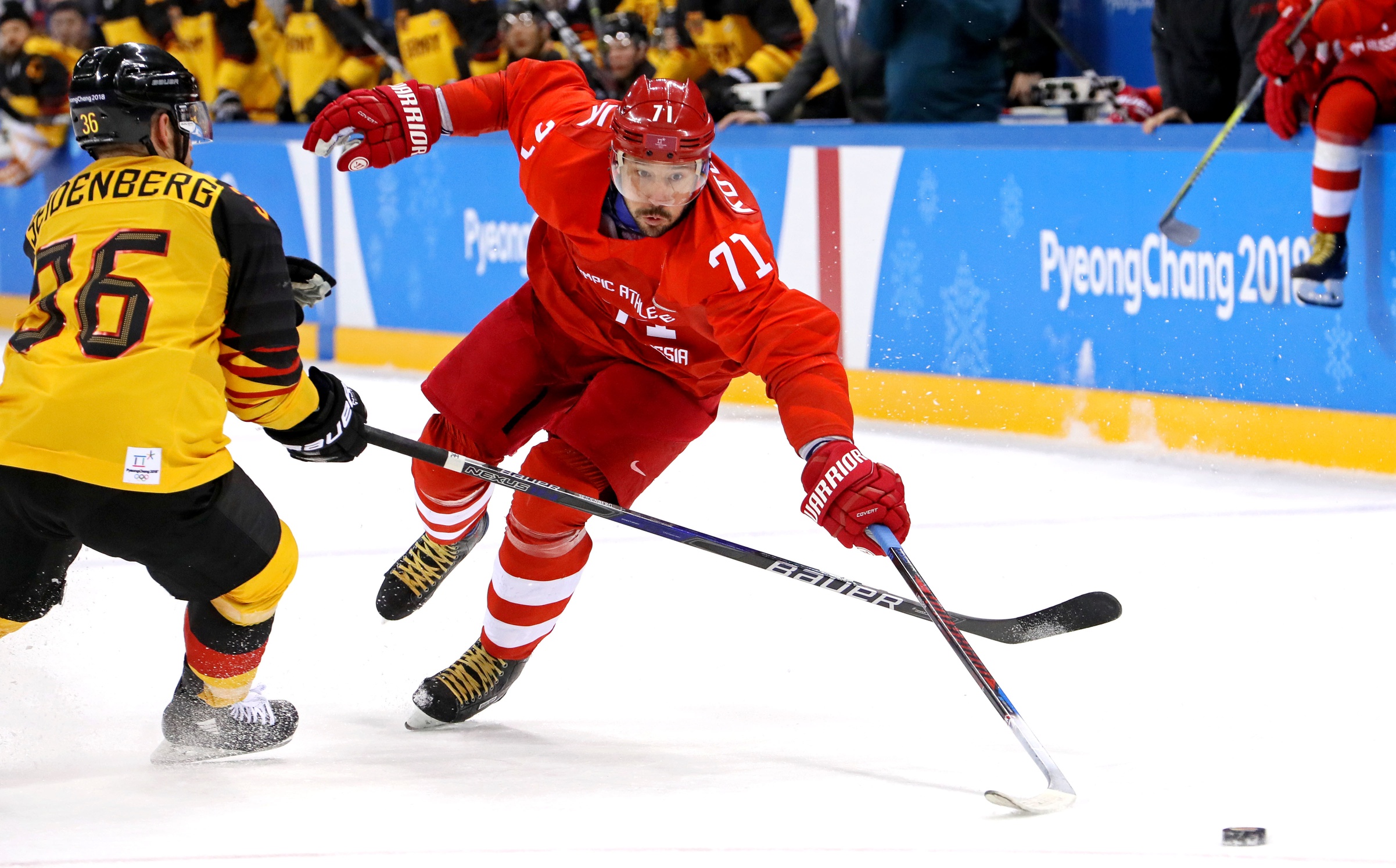 The Blues are interested in Ilya Kovalchuk, but does it make sense?

St. Louis Blues General Manager Doug Armstrong recently spoke with the St. Louis Post-Dispatch, admitting that the team does have an interest in Ilya Kovalchuk. The Blues are looking to improve, like every NHL team, and are curious about what Kovalchuk still has left in his return to the league.

Via NHL.com, here are Armstrong’s comments:

“Always looking to improve our team. We’re like all teams. [Kovalchuk] is 35 years old, there’s risk involved with players of that age. But he could be Jaromir Jagr. He could start slowing down at 41. Or he could come back and hit the wall. You never know.

But there’s certainly intrigue there because he’s been such a dominant player internationally and he was a hell of a player when he left [the NHL].”

While Armstrong’s comments are sure to generate some buzz, they’re pretty generic. These quotes could have been said by any NHL GM. The Blues have reached out to Kovalchuk’s agent to gauge interest, but that doesn’t mean Kovalchuk even wants to play for the Blues in the first place.

That being said, would Kovalchuk even make sense for the Blues? That’s a tricky question.

The Blues do have some wiggle room beneath the salary cap and could add a decent-sized contract. As of the date of this article, they have just under $13 million in cap space to work with. That may change with any salary cap changes. That total needs to address other issues (backup goalie, help on defense, rounding out the top-12), so you can’t assume all of it is available. It’s difficult to even guess what kind of price Kovalchuk would even demand, making this whole exercise that much more challenging. The Blues can’t afford to ignore their other areas for a player who is kind of a question mark when it comes to his future NHL production.

An upgrade on offense, specifically one that could theoretically gel with the team’s other Russian players (Tarasenko, Barbashev), is an attractive idea. That being said, it would mostly ignore the position the Blues are constantly needing help in – center. Giving a contract to Kovalchuk wouldn’t leave much left over – barring a trade of some sort – to address one of the team’s biggest issues. But can you really ignore a situation where a player should (keyword: should) immediately upgrade the Blues’ overall offense?

Kovalchuk is a high-risk signing, not just because of his age and how long he’s been out of the NHL, but because the Blues have several areas they need to address and limited resources in which to address them. The Blues are just one of many teams who are interested, but they may also make the short list of teams who could financially and logistically make it work.