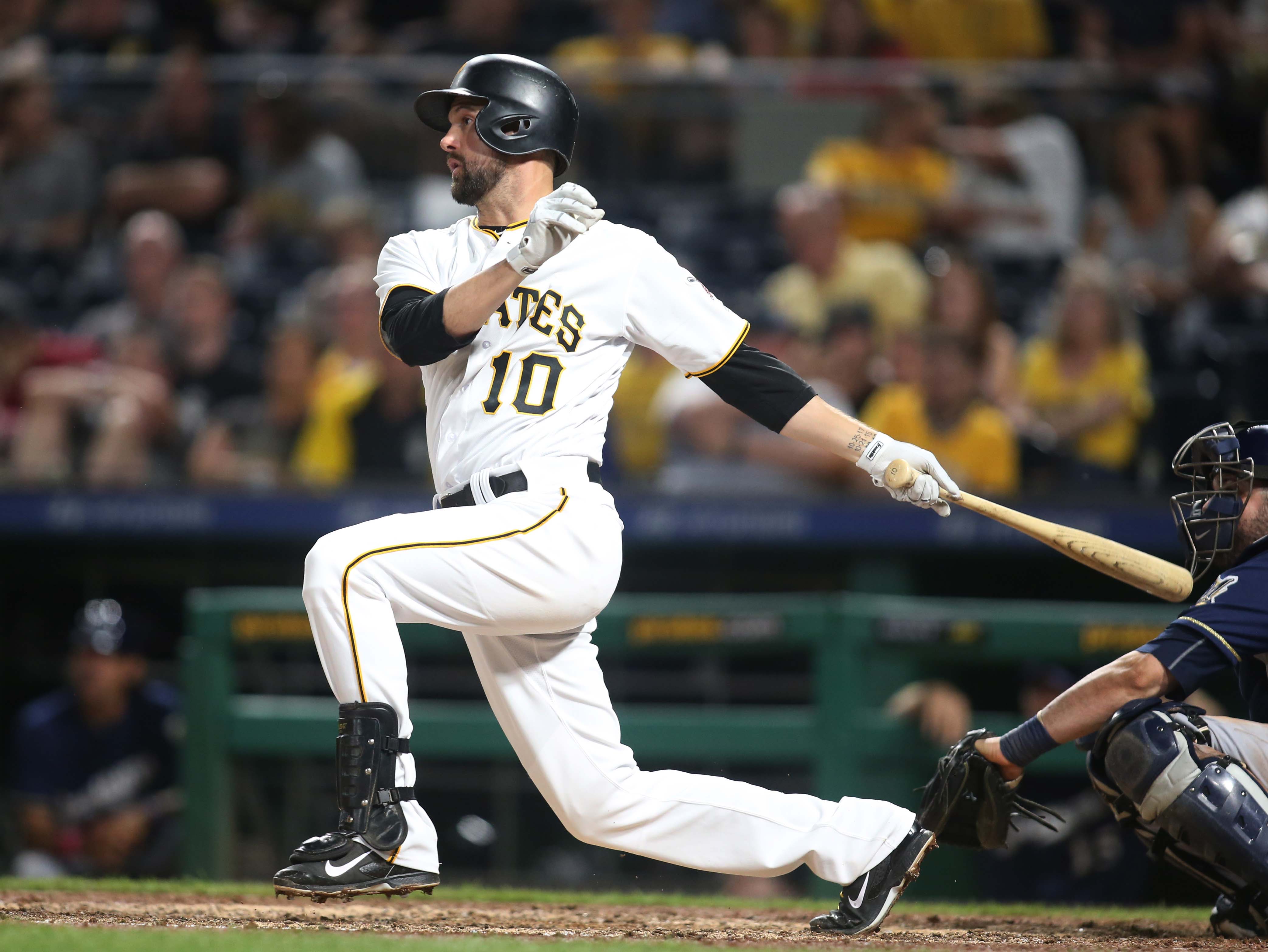 Jordy Mercer has been viewed very differently by certain sets of Pittsburgh Pirates’ fans. Some love him – they say he’s a solid shortstop, a no-nonsense guy who you know what you’re getting from him day in and day out.

Other Pittsburgh Pirates fans say the complete opposite. Some say he’s below average defensively, and some metrics bear that out. They also complain of his inability to hit, which has also proven to be true at varying points in his career.

Now in what is likely his final season with the Pittsburgh Pirates, Mercer has some work to do to earn a contract from another organization. He’s slashing .263/.328/.411, and all of those numbers are among his best since he played in 103 games in his Sophomore season in 2013.

Mercer got off to a slow start in April. He was hitting .253, which isn’t far off his current average, but other numbers indicate that he was struggling even more than his average suggested. His wOBA was .275, which indicates that he was struggling to get on base. His wRC+ was well below 100 (average) at 72.

In May, however, the tide began to turn. His K% dropped by about 2%, while he increased his BB% by the same amount. His wOBA rose to .328, which is generally considered somewhat above average. His wRC+ also rose 35 points to 107.

Thus far in June, he’s been even better. While his K% has increased, and his BB% has decreased, most other indicators of success are still rising. His wOBA further increased to .370 on the month, which is well above average, and his wRC+ increased to 136.

Although his overall season numbers still aren’t quite where fans might want them to be, he’s still made great strides since his challenging month of April. Critiques of Mercer are still warranted, especially on the defensive side of the diamond. To the average fan, Mercer does look like a competent shortstop: he doesn’t have a history of committing many errors, he appears to make difficult plays, and he’s the “solid” shortstop that any organization would like to have, or so it goes.

On the flip side of that, the more informed fan notes that fielding percentage isn’t necessarily all that important (but of course you would want a fielder who makes fewer errors than his counterpart). Moreover, the only reason it appears Mercer is making difficult plays is because his range is limited, so plays that are tough for him might not be very difficult for a more competent shortstop, like Brandon Crawford or Andrelton Simmons, which means he’s actually a below average shortstop in terms of defense.

The top defensive shortstop by DRS is Addison Russell, whose total is nine. Mercer’s DRS is -9, which is worst in the National League, and third worst in all of baseball behind Kansas City’s Alcides Escobar and Baltimore’s Manny Machado.

As Mercer continues to age, there’s no doubt that his defensive metrics will not begin to improve. It’s likely true that overall neither will his offensive numbers. But he’s having a better offensive season than most are giving him credit for. Perhaps it’s because of the looming potentiality of losing his job before the season ends, or maybe it’s just because he’s finding his stroke. Mercer, while never great, is a late starter.