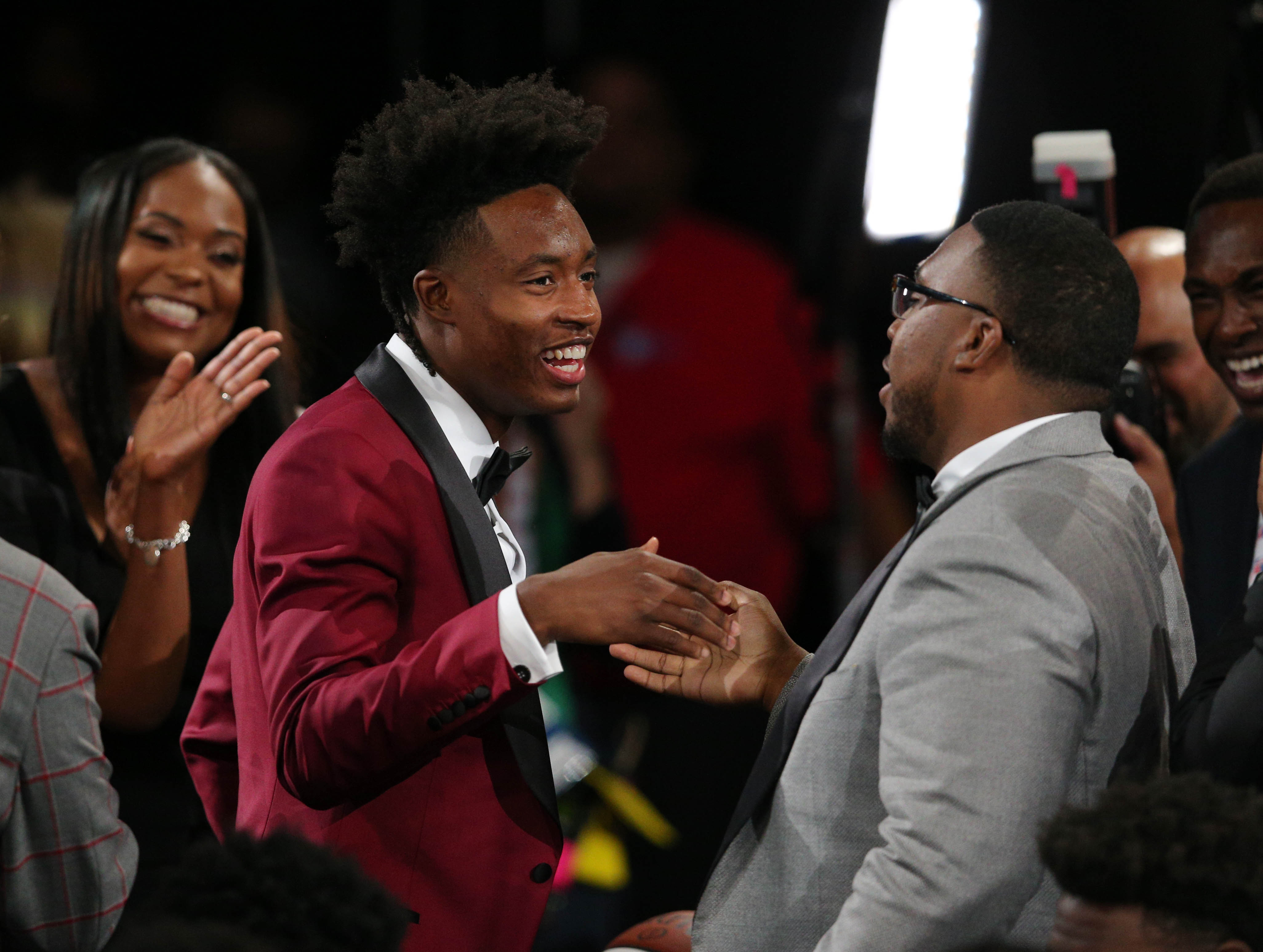 The Cavs no longer have Kyrie Irving to make plays in their backcourt, but they did manage to land a player that could be a suitable replacement for years to come.

Cleveland’s front office couldn’t wait and see what LeBron James was going to elect to do, as it relates to The Decision 2.0, so they went ahead and drafted Collin Sexton with the eighth overall pick — rather than trading it away.

And Sexton is already campaigning for James to stay in Cleveland. After being drafted, he stated that he knows James wanted stars around him, and that he believes he can help the Cavs return to the NBA Finals.

If Sexton can improve on his perimeter shooting, he’s going to be a stud. He’s a great defender, and runs the point well.

Sexton can say what he wants, but reading the tea leaves would suggest James is going to leave Cleveland, judging by the team’s selection, and lack of trades on draft night.