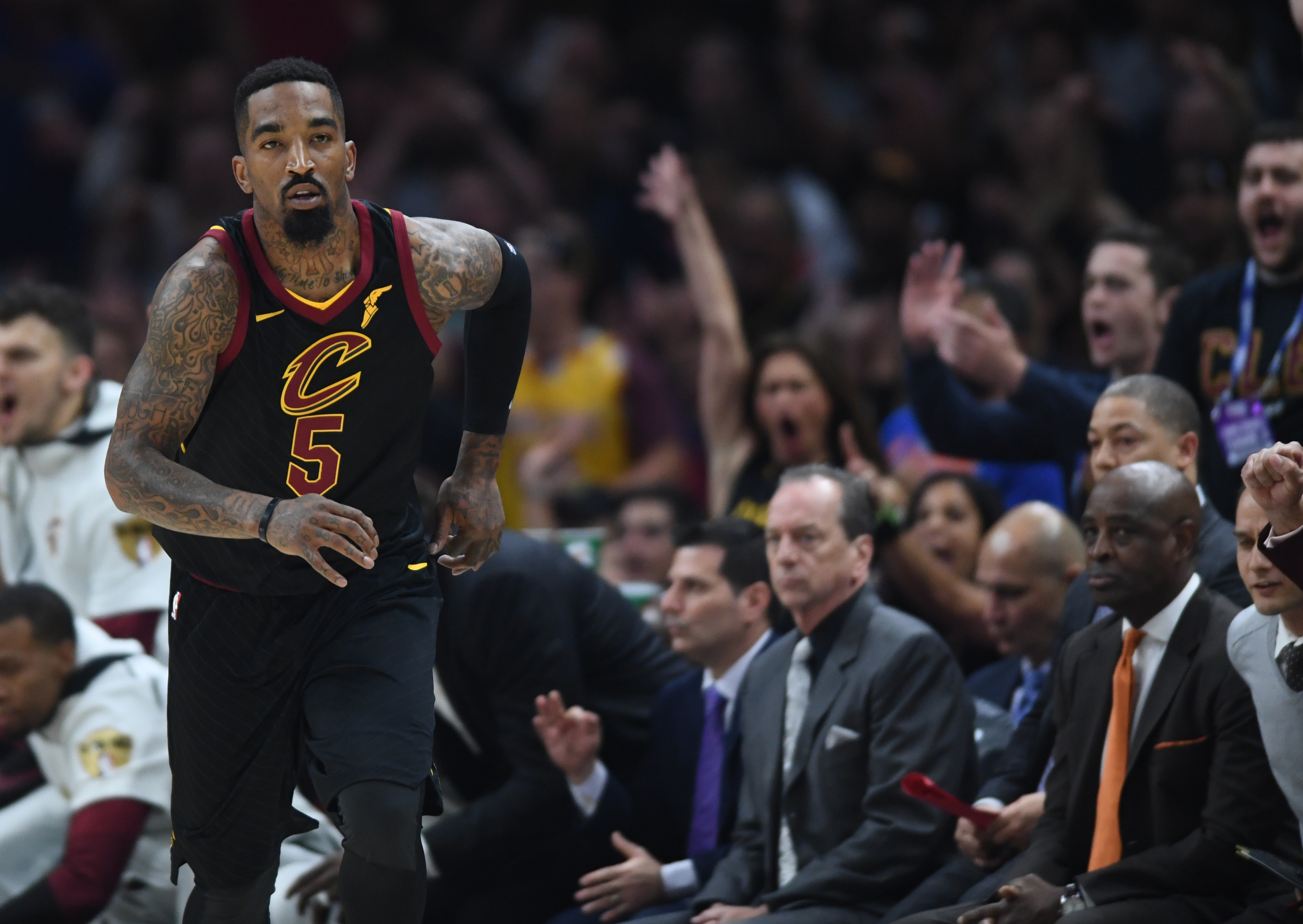 Cavs guard J.R. Smith did the Warriors a favor in Game 1 of the NBA Finals, committing one of the biggest blunders in playoffs history.

Smith hauled in a rebound over Kevin Durant with just seconds left in the game, when the score was tied. But rather than putting the ball up, he dribbled it out. He can claim what he wants, but it was fairly obvious he didn’t know what the score was.

The Warriors went on to win that game, and the next three in the series. And now fans have the opportunity to purchase his game-worn jersey from that epic matchup.

The jersey is up for bid on NBA.com, and it’s fetching quite a high price, as you can see below.