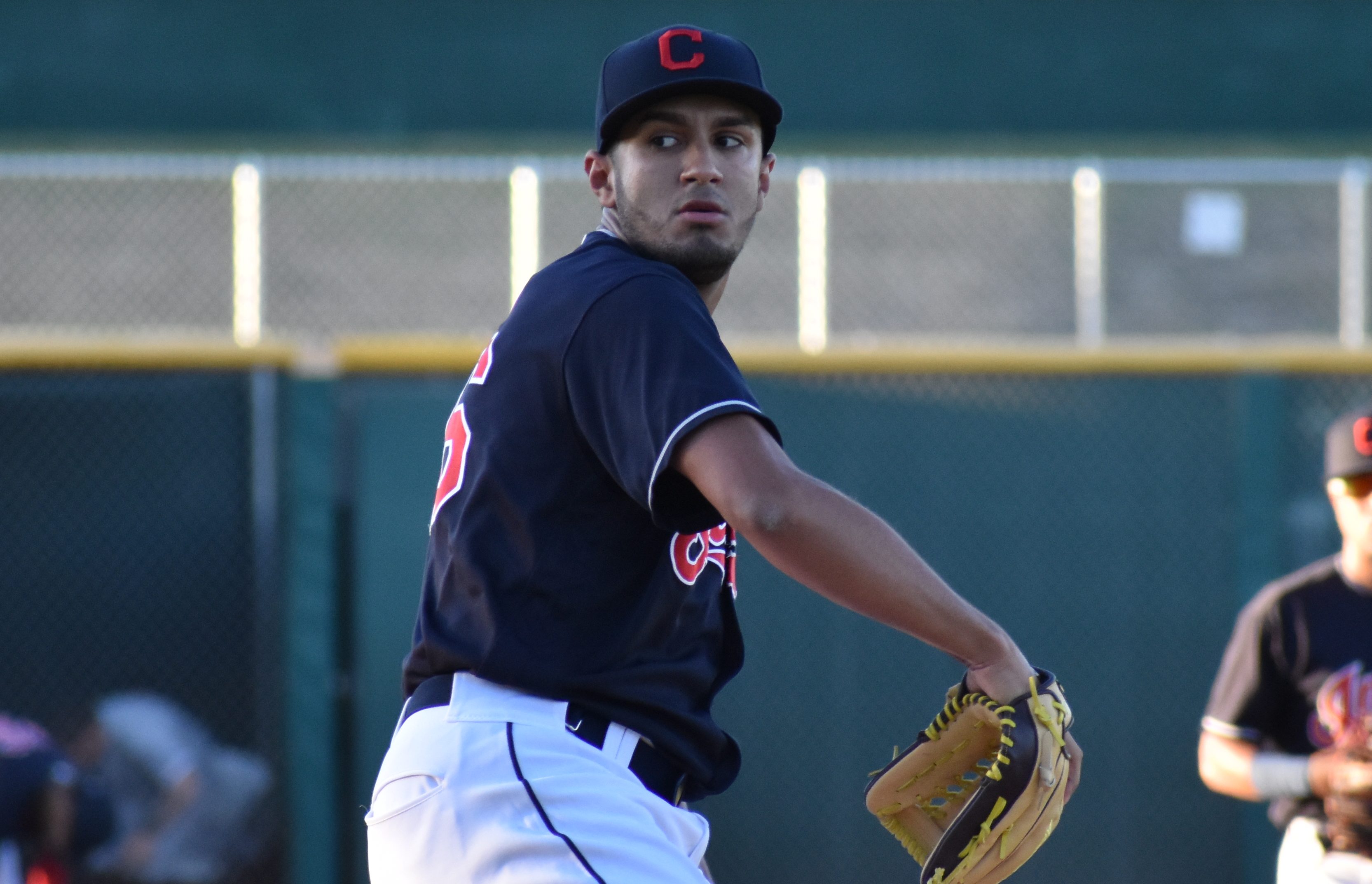 The split of the Indians AZL teams hasn’t been too harsh on either teams as they combined to start the season 5-5 with the more advanced team, AZL Indians 1 or Indians Blue going 3-2. To keep things concise, we’ll look at just one AZL team each week in review, starting with the advanced squad.

The ace of the squad this year is Yeffersson Yannuzzi, one of just a couple of players on this roster straight from the 2017 Dominican Summer League. While he was good last year, he has been excellent to start the 2018 season, striking out 15 in 9.2 innings across two starts while allowing just one earned run. The left hander is already 21, so he is a bit old for the level, but as long as he can keep this up for a few more starts, he could be quickly promoted to Mahoning Valley or even Lake County. In general, success at this level often has to do getting used to a full load of starting work more than traditional statistical success and Yannuzzi is currently reaching both markers as he has made it to the fifth in each of his first two starts.

Raymond Burgos, the AZL Indians Blue number two starter (pictured above), has made his professional debut after being initially drafted by Cleveland in 2016. He pitched well unofficially in extended spring training, but now has some legitimate proof he can do so with three strike outs and just one earned run allowed in his first start, going four innings. Despite being with the team for his third year, Burgos is only 19, so he fits in well with the rest of the roster.

Of the many relievers, the most worthy of mentioning is Adam Scott, the fourth round pick from 2018. Another left hander like Yannuzzi and Burgos, Scott has made two appearances, not allowed a baserunner and has struck out six of seven batters faced. While any speculation on recently drafted players is premature, Scott is already 22 and was considered the player most likely to get shot up the system from the 2018 draft. He was a starter in college and his transition to reliever could help him advance to the top quickly.

While the defense could still use some work (despite being considerably better than the #2 team), offensively they have played well. Third round pick from 2018, Richard Palacios, has been playing second after being drafted as a short stop and already has two home runs, all of the home runs hit by the team. He is also hitting a very respectable .438/.591/.875 with two steals while never being caught.

In addition to leading the team in home runs, Palacios leads in walks (6), RBI (6) while sitting second in steals, hits and runs all the while striking out just twice. While far behind statistically, fellow draft picks Eric Rodriguez and Bryan Lavastida have hit well, particularly Rodriguez. He holds an OBP above .500 and has yet to strike out this year.

Many of the players on AZL Indians Blue are returning although few of those had a particularly good week. Miguel Jerez is the exception as the converted catcher had three doubles to lead the team. As could be expected, however, Jerez still looks awkward in left field. He remains one of the leading power threats on the team along with Michael Cooper and apparently, Palacios.

From the 2017 DSL squad, Marcos Gonzalez is playing well offensively with a .409/.458/.545 line and good glove work. Unfortunately, his arm has come up less than satisfactory on multiple occasions and, if he is not able to increase his strength, he may have a future at second base. Daniel Schneemann has been playing third base, but is listed at short stop as well, so it is possible there could be some rearranging in the near future. While Cooper is a great defender at first, there is much improvement that could be made throughout the rest of the infield.