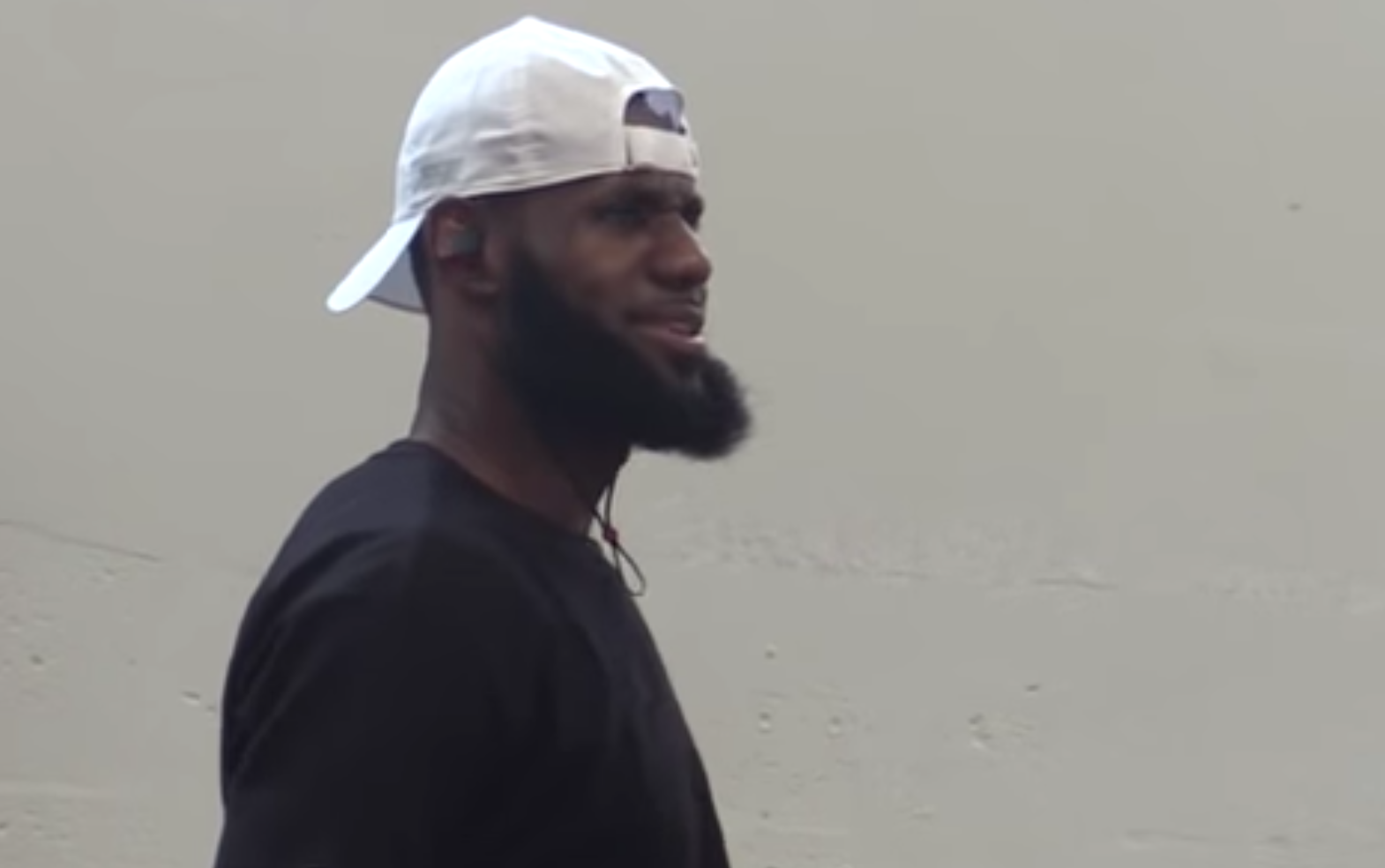 Cavs superstar LeBron James was only 18 years of age when the Cavs selected him with the No. 1 overall pick in the 2003 NBA Draft.

James took the league by storm, and he’s been the best player in the NBA for awhile now — even beginning to move out of his prime years.

And his son doesn’t appear far off from where he was at at only 13 years of age, at least in terms of his physical ability.

“Bronny” — LeBron James Jr. — who is in seventh grade, has already been balling out at the AAU level, and he nearly threw down a dunk in a recent game, which you need to see.

Bronny almost caught his first dunk at 13 (via @SLAM_HS) pic.twitter.com/70zNb56Fmu

LeBron Sr. had a pretty great reaction to it.

It’s all in the genes, apparently.