Decision Day: Tavares to reportedly decide on future on Friday 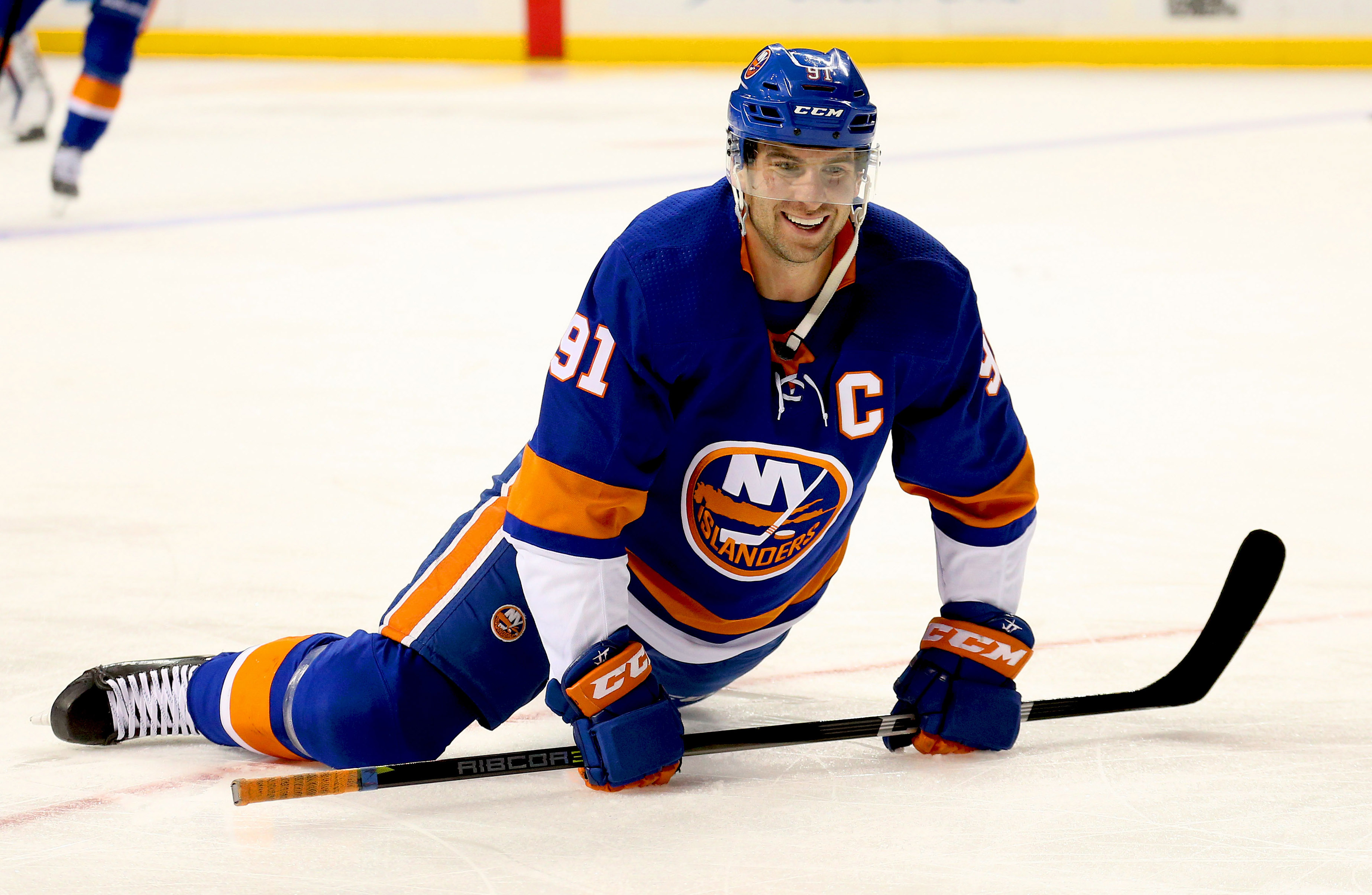 Decision Day: Tavares to reportedly decide on future on Friday

It has been a year-long saga filled with speculation, rumors, bagels and beer. And it could all be coming to an end on Friday.

John Tavares will inform the Islanders whether or not he will remain with the only team he has known since being drafted first overall or explore free agency. The Athletic’s Arthur Staple wrote on Thursday that the Islanders captain will inform the team on Friday “to either start the contract process or say goodbye after nine seasons.”

Tavares wrapped up two days of meetings with suitors interested in his services should he hit the free agency market. Among the teams that made the trip to Los Angeles were the Toronto Maple Leafs, San Jose Sharks, Tampa Bay Lightning, Dallas Stars and Boston Bruins.

The John Tavares camp could start informing a few teams as early as Friday morning that they're no longer in the running… beyond that hard to say when the UFA centre for sure will be ready to pick his team. Obviously if it's the Isles that call is no later than Saturday…

The Islanders brass also made the trip to meet with Tavares.

Since Wednesday there has been radio silence. Nobody knows anything, not even Tavares’ uncle John Tavares, who Newsday tried to get information out of.

The Tavares contract has loomed over the Islanders since the beginning of last season and it became clear that he would play out the year without a new deal. Over that time fans and pundits alike have had an ever-changing scale of confidence that Tavares would remain with the Islanders.

Know it’s a major personal decision.
Appreciate the process, his attention to detail and thoughtfulness.

But can’t think of any reason why John Tavares wouldn’t inform #Isles of his intentions by 3 pm ET Friday.

As my wife used to say to the kids at Christmas, one more sleep. #isles fans will either get a nice gift or a lump of coal tomorrow as Tavares expected to inform team of decision. #nhl

If he leaves, the Islanders can begin life without their franchise player and try to pick up the pieces. Obviously, the second option is not what anyone around the Islanders or Long Island want. The Islanders can survive the departure of their star forward, but the optics won’t be good and it’s unclear just how long it would take to fill the hole he’d leave.

With all the options on the table, it’s unknown what will happen next. He’s played his cards close to the vest, frustratingly close some might say.

Will Tavares stay or won’t he? It’s a simple question and on Friday it looks like we will finally have an answer.