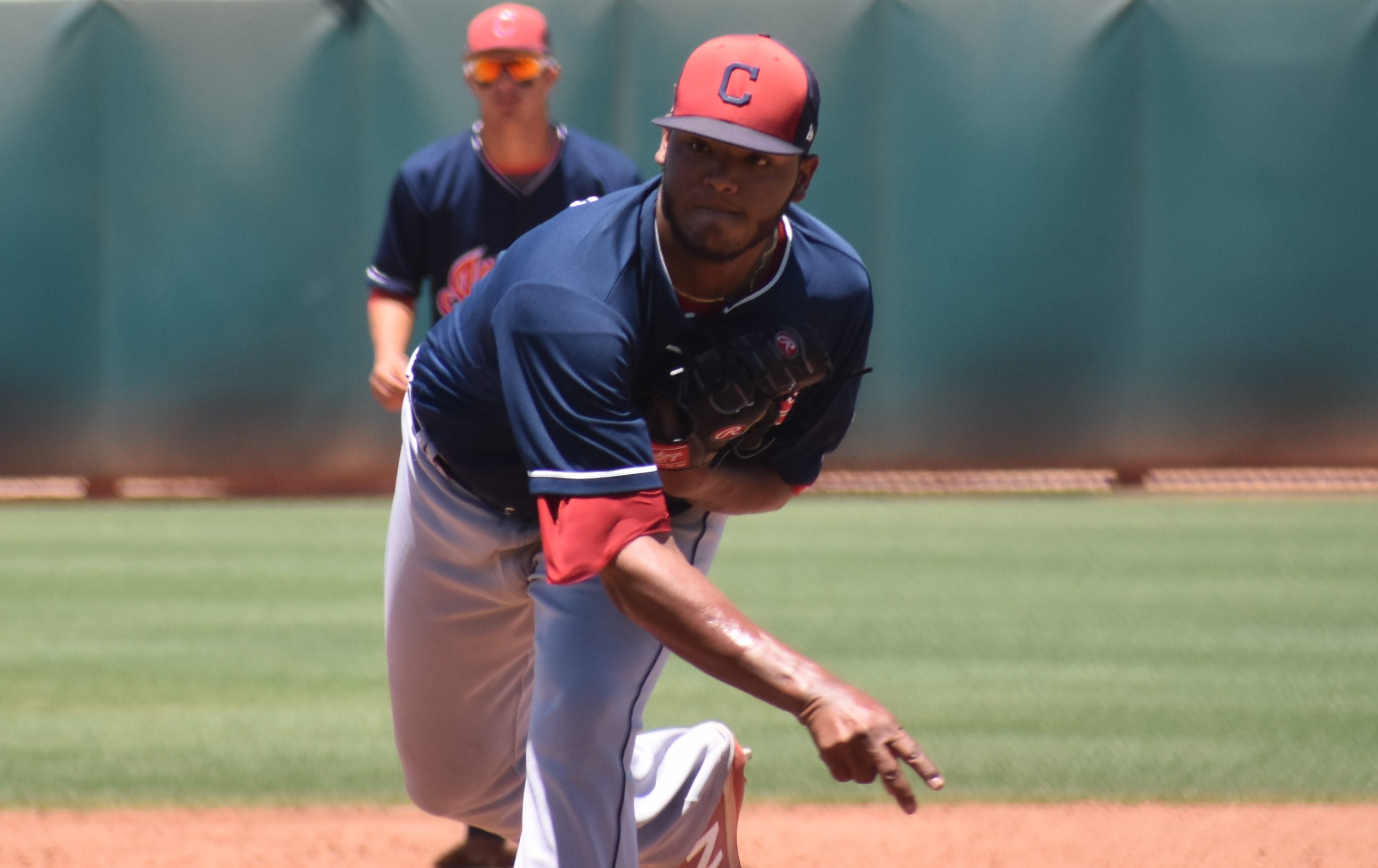 A lot has changed in the last month in Mahoning Valley as the 2018 draft sorts itself out and players are promoted/demoted from the AZL and Lake County. As it stands, the Scrappers lead the New York/Penn league Pinckney division with the best record in the whole league. They not only have great hitters, but possibly the best pitcher in the league and potentially the Indians minor league pitcher of the year.

To begin, it’s good to be a Scrappers short stop. The team has four players listed there (although only Tyler Freeman has played there regularly) and all four are hitting at incredible rates. Freeman leads the way with a .379/.423/.484 line with eight doubles, but the late addition Richard Palacios is only behind him in terms of games played. After just five games in the AZL, Palacios was promoted and is currently hitting .400/.469/.600 through his first 15 games at this level. He has primarily played second at both levels, but can play short stop if necessary. Despite being with Mahoning Valley for two weeks, Palacios is still second on the AZL Indians 1 with two home runs and is already second on the Scrappers with two more home runs. The leaders for both teams has three.

The other two players listed at short have been around for awhile now, but are breaking out for the first time. Elvis Perez has been primarily used at third where he is a defensive upgrade over the starter Henry Pujols and has outslugged the slugger with two home runs and a .366/.435/.561 line. Not bad for a light hitting middle infielder. The final player here is Jose Fermin, an even lighter hitter than Perez, but one who has put up good numbers in a utility role. He has primarily played second but can play short and third as well.

At first base, like Freeman, Mitch Reeves has continued his success from last year’s AZL Indians. He leads the team with three home runs and is near the top in slugging percent. His one downfall is his defense as he continues to convert from outfield to first base. While he split time between the two last year, he is now a permanent 1B/DH and needs to work so he can play the majority of the time on the left side of that slash. There isn’t much room on a minor league roster for players who can’t field and the Scrappers already have Pujols and Simeon Lucas.

On the negative side of the offense is Lucas. He’s taken a huge step back after finally starting to be a legitimate bat last year in Mahoning Valley. After three years in Arizona and two in Mahoning Valley, the Indians have to be very close to cutting Lucas. He’s already in uncharted territory for amount of time spent with short season clubs.

Another positional convert struggling in MV is Michael Tinsley, who is now exclusively an outfielder after being drafted as a catcher. He was decent for Lake County last year, but now at a level lower is slugging just .100. That’s incredibly disappointing for such a highly considered prospect.

I’ve already mentioned his name twice in a negative fashion, but Henry Pujols has also been exposed in Mahoning Valley. He’s always been a free swinger, but when the pitchers are just trying to throw strikes you can get away with it. He hasn’t gotten away with it this year and has struck out 22 times with just one home run and three walks. He also has five errors in 12 games at third.

On the pitching side, there are a few good stories, but only one man is screaming for a promotion. Luis Oviedo had a 7.14 ERA last year that masked his 70 strike outs in 51.2 innings. While he allowed 62 hits, only two were home runs. A flip in his luck/defense (.403 BABIP last year, .246 this year) has allowed his traditional stats to catch up to his peripherals. In addition, he’s done everything he can do to help himself by limiting his walks to just five in 28 innings while maintaining a K/9 above 12.

With all this, he’s allowed just one earned run in his first five starts for a 0.36 ERA. Even if you include his two unearned runs, his ERA remains below 1.00. You could say there’s no way he can sustain this level of performance, but his walk rate isn’t that far from where it was in the DSL and his K rate is the same as last season. He will certainly allow more hits at some point and some runs will come across, but he shouldn’t be undervalued as one of the Indians top pitching prospects.

For the sake of acknowledging that there is more than one pitcher on the team, Dakody Clemmer‘s come back is going well. He has 15 K’s in 12.2 innings with just 5 walks. He played just three games last year after being suspended and has some work to catch up to the rest of his class (2016).

Finally, it feels like I just lauded the performance of Adam Scott in the Arizona League, but he’s continued on with his greatness in Mahoning Valley. He now has 11.1 innings in his career (about 2 per appearance) with 21 (about two per inning) strike outs, two walks and six hits allowed. Despite moving up a level in just his first pro season, he has maintained all his levels. The 22 year old lefty could continue his quick ascent and eventually could be one of the first major leaguers from the 2018 draft.