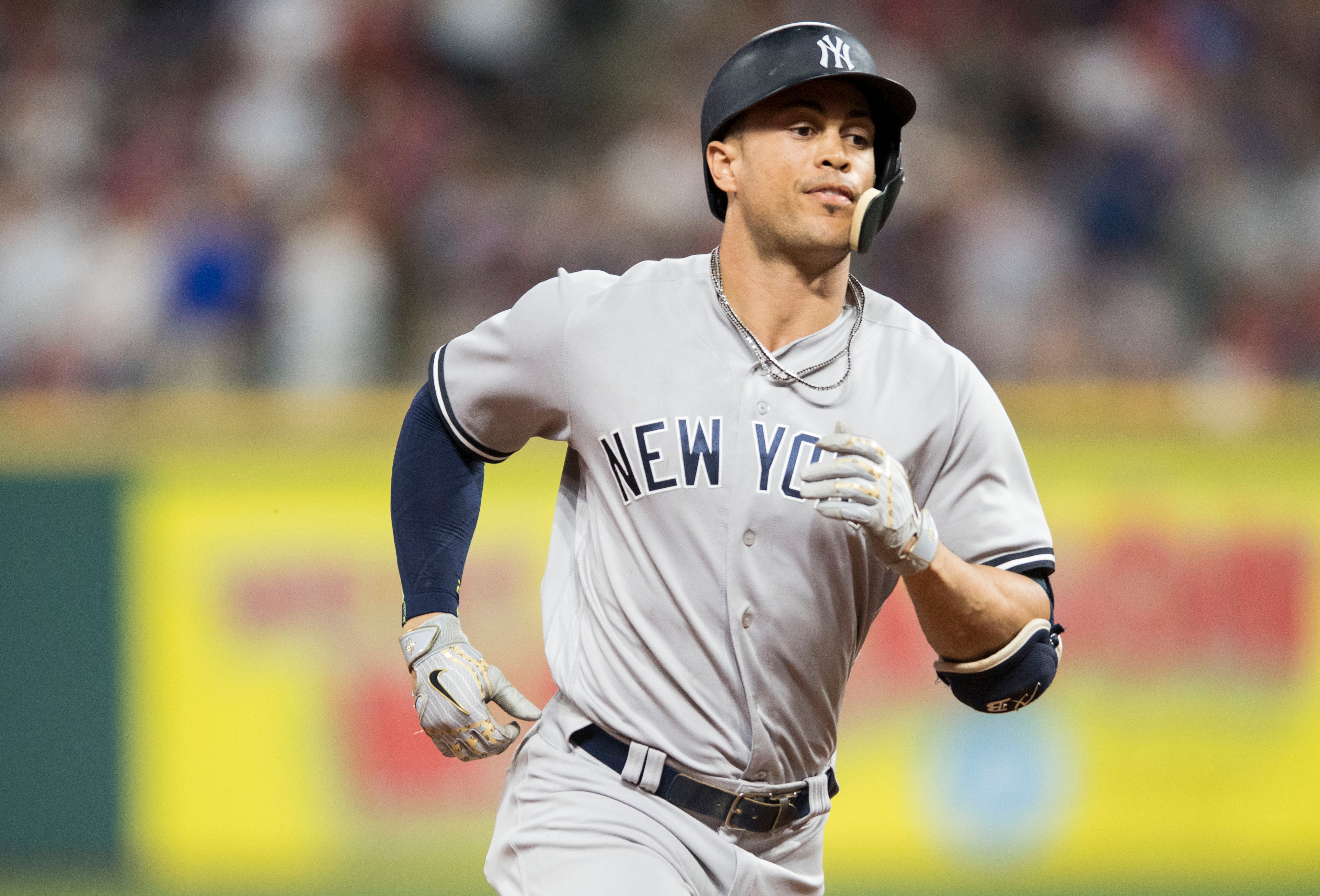 For most players, the numbers Giancarlo Stanton put up before the 2018 All-Star Game would warrant a celebration.. So that’s exactly what he did.

Stanton took his talents, and his 23 home runs and 55 RBI to South Beach to enjoy himself at the Sports Illustrated Swimsuit Fashion Show during the All-Star break.

You can hear the purists now. “Why isn’t Stanton watching video tapes and in the batting cage to get himself ready for the stretch run? Why isn’t he trying to figure out why he isn’t playing in the All-Star Game?”

Well, Stanton has reason to party, because he knows that the best is yet to come. In 2017, he hit 38 home runs after July 1. And he tied a Major League record by hitting 18 home runs in August. Of course, that was in route to going yard 59 times on the year.

Behind him is the frigid weather that he endured for the first month of the season. And he has withstood the pressure that comes with playing in New York. That pressure has ruined the careers of many players who never learned how to handle it.

So Stanton has chosen to start his championship party early, with the confidence that his bat is ready to explode.

“It’s almost like a start-from-scratch moment,” he said of his second half outburst in 2017, according to MLB.com.  “You remember the thoughts you had as a kid, and when times were good and bad as a pro and in the Minors and everything building up, and you just finally sit and give thanks for that. I’ll have more time to think about everything that’s gone on in the seasons over the years and to look forward to a new journey, too.”

So missing the All-Star Game could prove as the best thing for Stanton and the New York Yankees. Now he has that time to relax and reflect. And lets face it, partying at the Sports Illustrated Swimsuit Fashion Show is certainly a great way to relax.

It’s like the thunder before the lightning. And on Friday, against the Mets, the storm is about to begin.