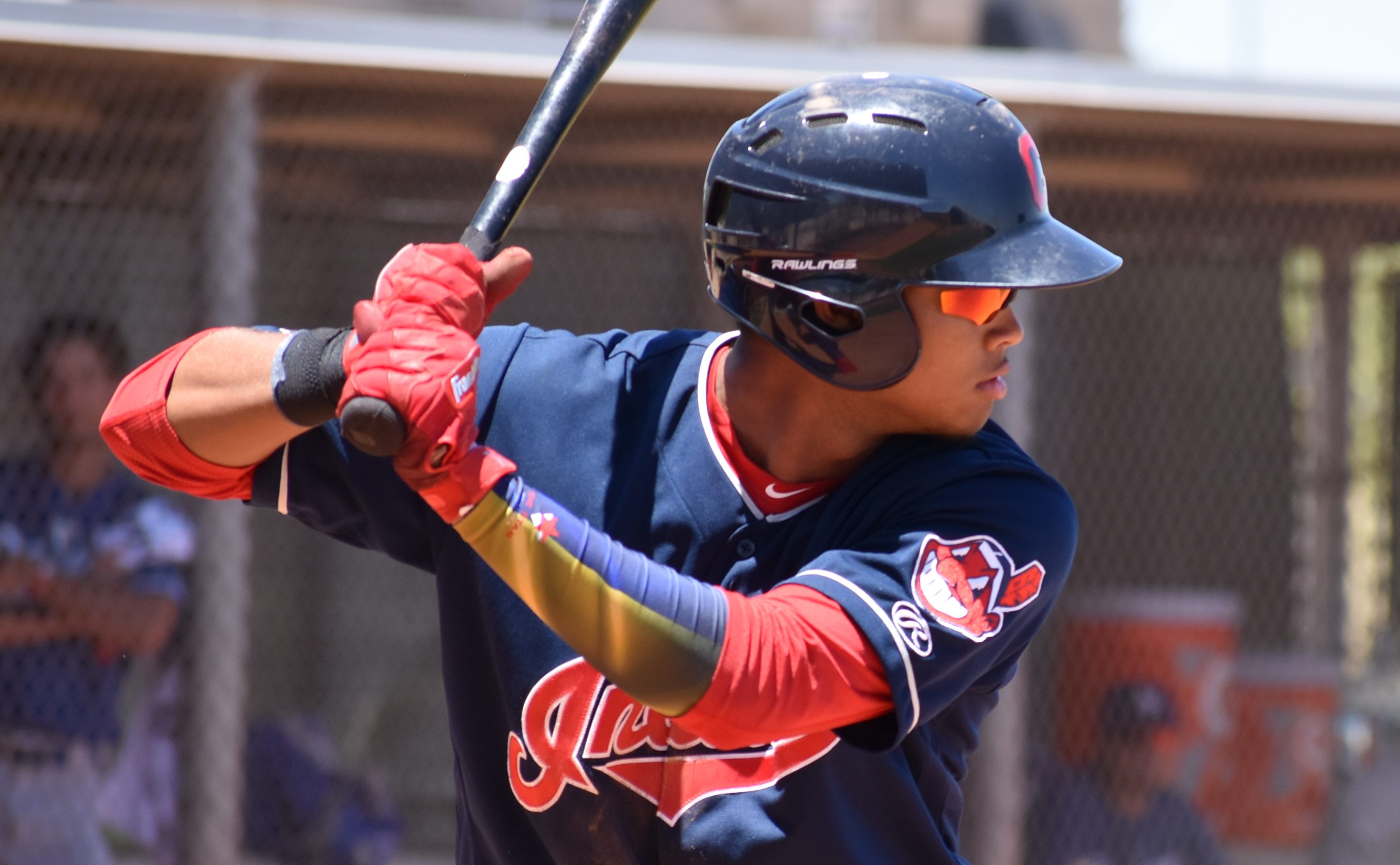 While the Indians big move on the trade deadline was sending Willi Castro to the Tigers for Leonys Martin and Kyle Dowdy, Chris Antonetti announced later on that another deal had taken place before the July 31st deadline.

In a minor league trade, the Indians sent outfielders Conner Capel (A+) and Jhon Torres (AZL) to the Cardinals for their tenth best prospect, outfielder Oscar Mercado. Rather than go on about someone I’ve never seen play, this will focus on the two players I have seen extensively, Capel and Torres.

A 5th round pick in 2016, Capel was expected to be a three tool player immediately, hitting for power with speed and a solid glove. In Arizona in 2016, he showed none of these capabilities with the exception of some decent base running. Once he started his first full season in 2017, however, he really broke out. With 22 home runs and 22 doubles for the Captains he lead all regulars in slugging percent although he continued to struggle to get on base otherwise.

Over his MiLB career so far, Capel has struck out in nearly 20% of his plate appearances and walked about half as often as that. Combining a low average with a low walk rate has left Capel with a very poor OBP. This season in Lynchburg, his power has also dissipated, leaving him with a .261/.355/.388 line. This essentially made him the third most productive outfielder on the Hillcats (behind Mitch Longo and Trenton Brooks) despite having the greatest hype behind him.

I will admit to showing bias towards Arizona League performances, so I am less surprised by his output this year than I was about his numbers in Lake County. Even so, many are still very high on Capel and we did rank him as the number one center fielder in the Indians system in this year’s positional rankings. In terms of expectations, he and Andrew Calica were neck and neck and given Calica’s more advanced level and better production this year, the Indians won’t be missing much by losing Capel.

It’s odd for any team to deal from the rookie levels as these players are so far away from the Majors and so unproven that they provide a lot of risk with little chance of reward, but the Cardinals obviously liked Torres enough to need him as an add in for Mercado.

Torres is just 18 years old and in his second season with the Indians after signing as an international free agent. While he didn’t show much in the Dominican Summer League last year beyond his five home runs, he grew considerably in the off-season and has been a real power threat for the Arizona League Indians in 2018.

Torres during 2017 extended spring training on the left and 2018 extended on the right.

It may not be obvious in the photos, but Torres has added significant height and musculature since his professional debut and changed his stance to take advantage of that power. While his OBP has dropped since his promotion from the DSL, his average and slugging percent have risen and probably will continue to do so as he continues to put on weight.

With this change, he has went from splitting his time about evenly between center and right in the DSL to playing the corners exclusively in Arizona. While he can play both right and left, he has been used primarily in right during official AZL games where his strong arm is able to be showcased. He has gunned down four runners in the AZL, a league where base runners tend to go wild a bit and anyone with solid accuracy and arm strength can ring up assists.

Surprisingly, Torres is not a good fielder otherwise and often takes a poor first step. He does have enough speed to make up for it most of the time, but he has significant work to do on his routes. This is not to take away from his foot speed, which is better than your average right fielder. After a bad season on the bases last year, he has stolen five in five attempts this year and is one of those AZL runners mentioned earlier who is always trying to take an extra base.

The problem with acquiring players as young as Torres isn’t in their ultimate ceiling, but how long it may take to get there. This trade reminded me of the last one to involve an Indians AZL player, the one that brought Brandon Guyer from Tampa Bay for Jhonleider Salinas and Nathan Lukes. While the Indians have now had a solid platoon bat in Guyer for three seasons, Salinas has just begun playing in A ball for the first time. While he is pitching well, he’s already 22 and still at least three years away from a possible MLB future. Lukes was in A ball when the trade was made and is now 23 years old in AA. Guyer has an option for 2019 and will likely play all four seasons with the Indians before either of the players traded for him get anywhere near the Rays.

That is likely to be the case with this trade as well. Mercado is already in AAA and hitting well enough that there is an argument he should have went straight to Cleveland. Capel and Torres will have to wait, however, and it will be years before St. Louis reaps the benefits of this trade if they ever do.