A Look Back At SummerSlam 1988 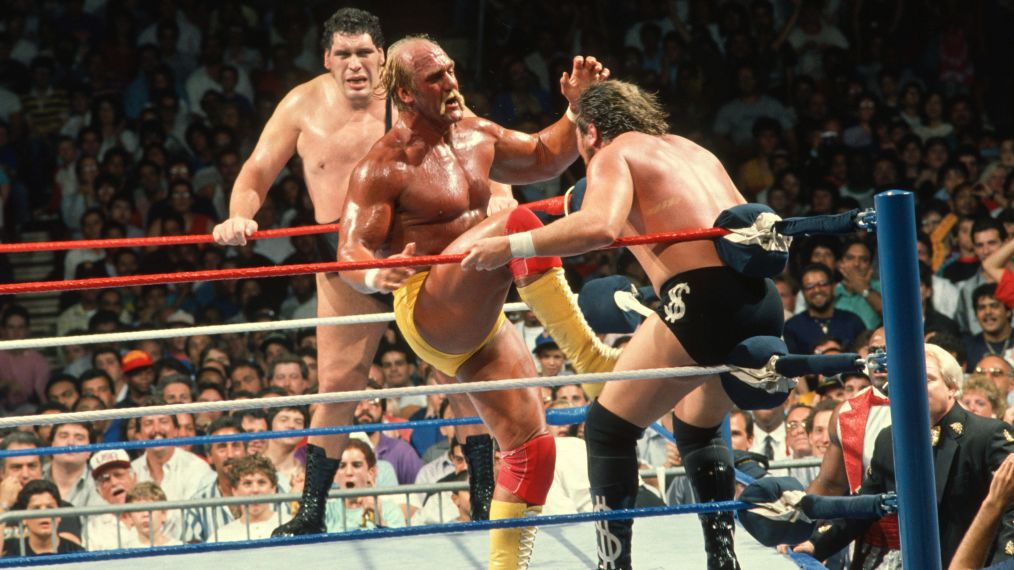 A Look Back At SummerSlam 1988

With the 31th installment of The Biggest Party of the Summer just around the corner, join us as we take a look back at the history of SummerSlam. The ups, the downs, the moments, the stars, and the advertisements for a no-name boxing match for some reason!

It had been roughly 17 months since the epic encounter of Hulk Hogan and Andre the Giant at WrestleMania III, but the WWE crowd still could not get enough of the two. This time, two up and coming stars were thrown in the

mix as well. With Andre was arguably the most despised heel character of the time, “The Million Dollar Man” Ted DiBiase. With Hogan was the current WWF Champion “Macho Man” Randy Savage.

To add in another degree of intrigue, Jesee “The Body” Ventura was brought in to be the special referee. It was a star-studded main event to say the least. Expectations were high with that kind of fire power in the ring together – and expectations were met.

The four future Hall of Famers kept the Madison Square Garden crowd on the edge of the seat, especially with the build up to the first punch thrown between Hogan and Andre. In the end, Ventura reluctantly made the three count as The Mega Powers, Hogan and Savage, celebrated the big win with their manager Miss Elizabeth.

Surprisingly, Vince McMahon spent a lot of time advertising a boxing match that was to be on pay-per-view later in 1988. Not even with high level names – no Tyson, no Sugar Ray, nobody like that. Even if the fighters were well know, could you imagine Vince spending any time promoting boxing on any of his programming now? Imagine the middle of an AJ Styles vs Samoa Joe match being interrupted by a commercial for the next big UFC fight? … … … that wouldn’t involve Brock?

Pretty easy to see the future in this SummerSlam. The future was, well, SummerSlam! SummerSlam was the last of the “Big Four” pay-per-view

shows to debut for WWE. Over the years, “The Biggest Party of the Summer” has morphed into arguably the second biggest show on the WWE calendar. Festivities run all week in the host city, including what is considered to be the biggest NXT TakeOver of the year as well.

The main event had the most intrigue and high-profile names for sure. However it was the opening match that stole the show. In a real nod to the old days, The British Bulldogs and The Fabulous Rougeau ended in a 20 minute time limit draw. Yes kids, there was such thing as a “time limit” once

upon a time. The four put on a solid match from bell to bell…somewhat surprising considering their backstage heat with eachother.

Honkey Tonk Man vs The Ultimate Warrior for the Intercontinental Championship

Demolition vs The Hart Foundation for the Tag Team Championship

This event will always be etched in history for being the first SummerSlam. While we had some solid top matches, you need to be an appreciator of the slower 80’s style of wrestling to enjoy the entire show. There were a lot of matches just for the sake of having a match. It would be the equivalent of a match with let’s say Luke Harper vs Zack Ryder – solid performers, but why are they having a match?

SO WHAT DID YOU THINK? WAS THIS ONE OF YOUR FAVORITE SUMMERSLAMS? WHAT WAS YOUR FAVORITE MATCH OF THIS YEAR? WHAT DO YOU THINK WE WILL SEE IN 2018? LIKE OUR PAGE ON FACEBOOK AND FOLLOW US ON TWITTER @FROM_THETOPROPE AND LET US KNOW!