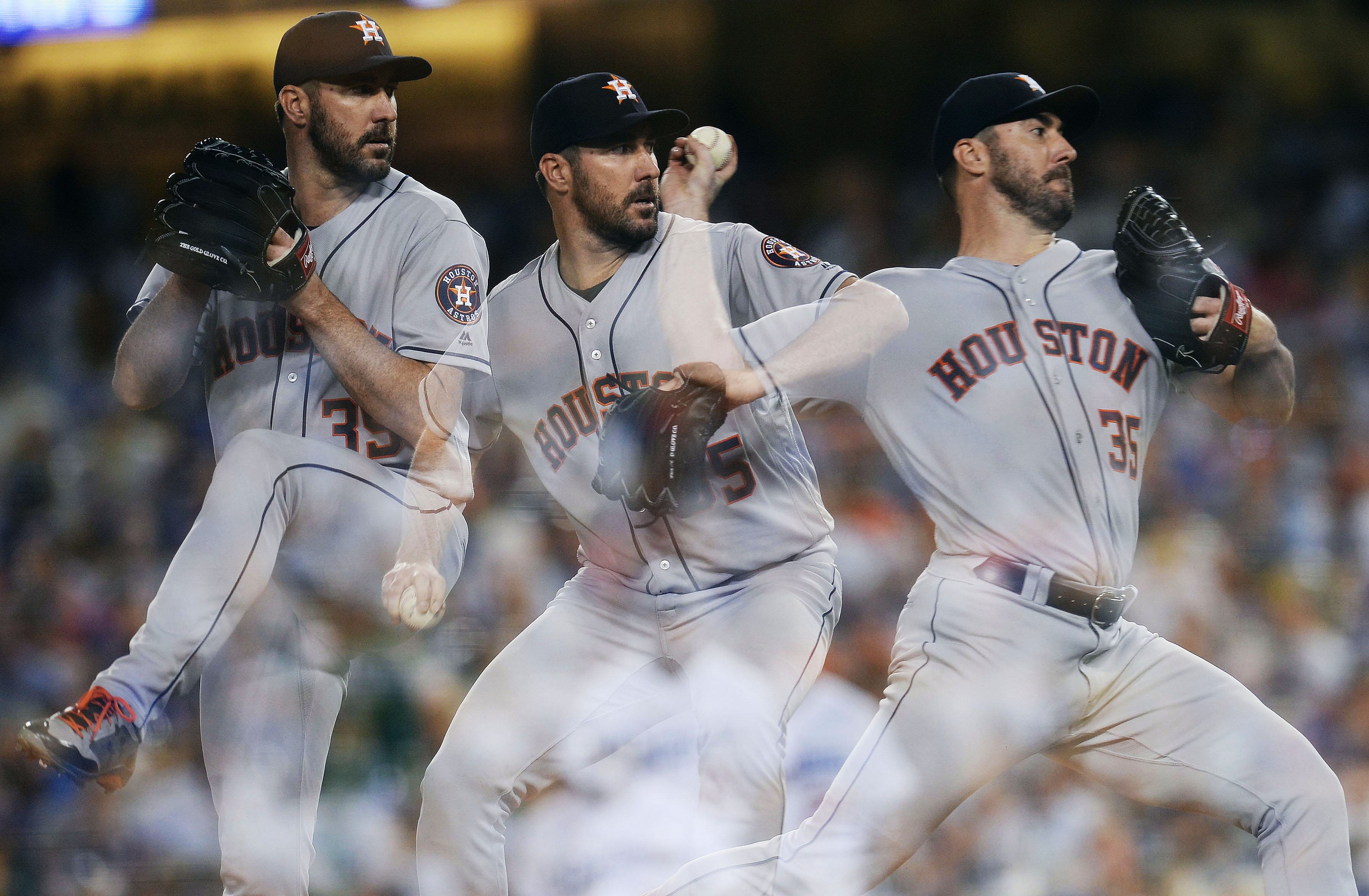 Believe it or not, we are almost at the home stretch of the 2018 MLB season. With that comes the many debates by fans, players and peers from all over the league. From who will win MVP in both leagues to who will win the World Series. While the Astros are trying to put themselves as the answer to the latter, that is not the only question they can associate themselves with.

The Cy Young Award is one of the most prestigious awards in baseball. Year after year, pitchers are rewarded for their hard work and insane stats. There are plenty of worthy contenders on the AL side, from Luis Severino to Chris Sale. One man has a shot at beating them both. His name? Justin Verlander.

Don’t think he is worthy for the award? Let us look at the stats.

This season, Verlander has an 11-6 record while striking out 204 batters in 156.1 innings pitched. He is projected to win 16 games and have over 270 strikeouts. Verlander also has only walked 28 batters and has a WHIP of 0.88. The last time his WHIP was around that mark was when he had a .920 in 2011. That was the same year he won the Cy Young and MVP award. While comparing his overall numbers that year and this year would be unfair, there is no denying his dominance.

His recent outing is a good example of what he is truly capable of. In a game against the Dodgers, a rematch of last year’s classic World Series, Verlander cruised through the Dodgers’ potent lineup, picking up career win number 199. With 14 strikeouts during the game, he surpassed 200 strikeouts for the eighth time in his career. That was also the third season in a row striking out that many batters in one season.

At age 35, number 35 can still bring it, and then some. Since he struggled in 2015, producing a 5-8 record and 3.38 ERA, Verlander has flipped the gear to another level. With Gerrit Cole, Charlie Morton and Dallas Keuchel elevating their games, Verlander has reverted back to the man who dominated while in Detroit for all those years.

Verlander has pitched in 24 starts this season. With about eight to nine more starts to go, he has the opportunity to obliterate his expected win count. Unlike many pitchers in the league, Verlander has run support thanks to a potent Astros lineup.

With a stacked field, Justin Verlander is doing all he can to stand out. It is only a matter of time until the Cy Young Award is back on his mantle back home.

Health and Fitness 46m ago

Health and Fitness 47m ago