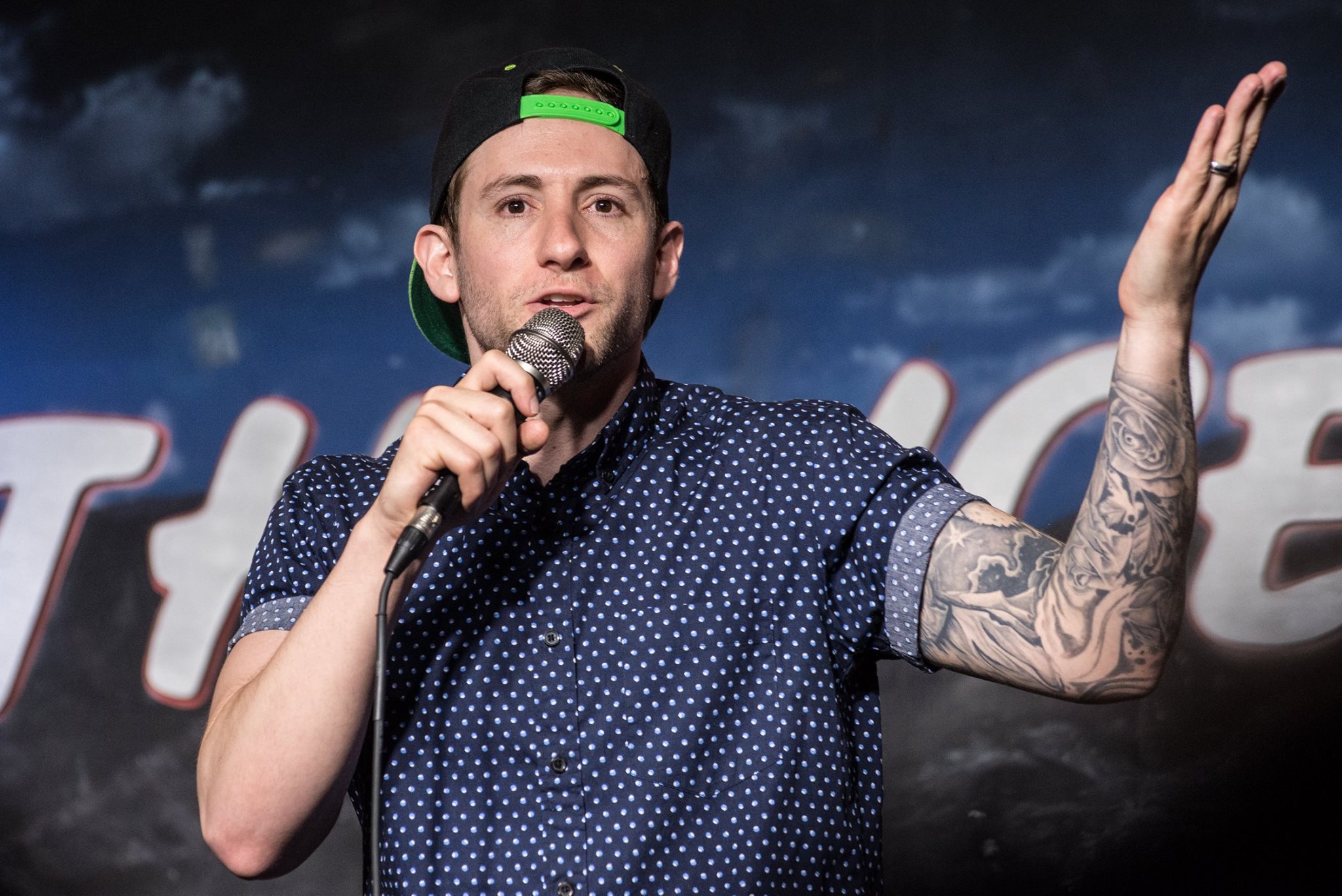 Not long after the airing of his triumphant first audition on America’s Got Talent, comedian Samuel J. Comroe, was back on the road touring while waiting for round two to air.

When Comroe found himself in Las Vegas earlier this summer, he carved out some time to watch his favorite basketball team, the Knicks, hit the hardwood during NBA Summer League. The comedian was in the stands when rookie sensation Kevin Knox exploded for 29 points against the Lakers on July 10th. Perhaps one could argue that Comroe’s recent good fortunes and subsequent presence rubbed off on the young gun that day.

The comedian has long resided in Los Angeles, however, caught on as a Knicks fan thanks to he and his brother’s collective love for Patrick Ewing, he says. He lived in New York for a brief time, where he suffered up close and personal, much like many fans have over the years. But Comroe keeps the faith and after seeing Knox put on quite a show in Las Vegas, he’s optimistic for the future once Kristaps Porzingis returns from injury.

The very funny Comroe won the AGT judges over with his endearing comedy around his Tourette’s syndrome. Despite being faced with the disability, Comroe finds the positive (and of course, the humor) in his situation. His craft is entertaining, and his courage to put himself out there and make people laugh along the way is inspiring. NBC will air the “Judges Cuts” featuring Comroe on Tuesday, August 7th. Should they reveal that he advanced past this round, the comedian will move on to the live shows with fan voting.