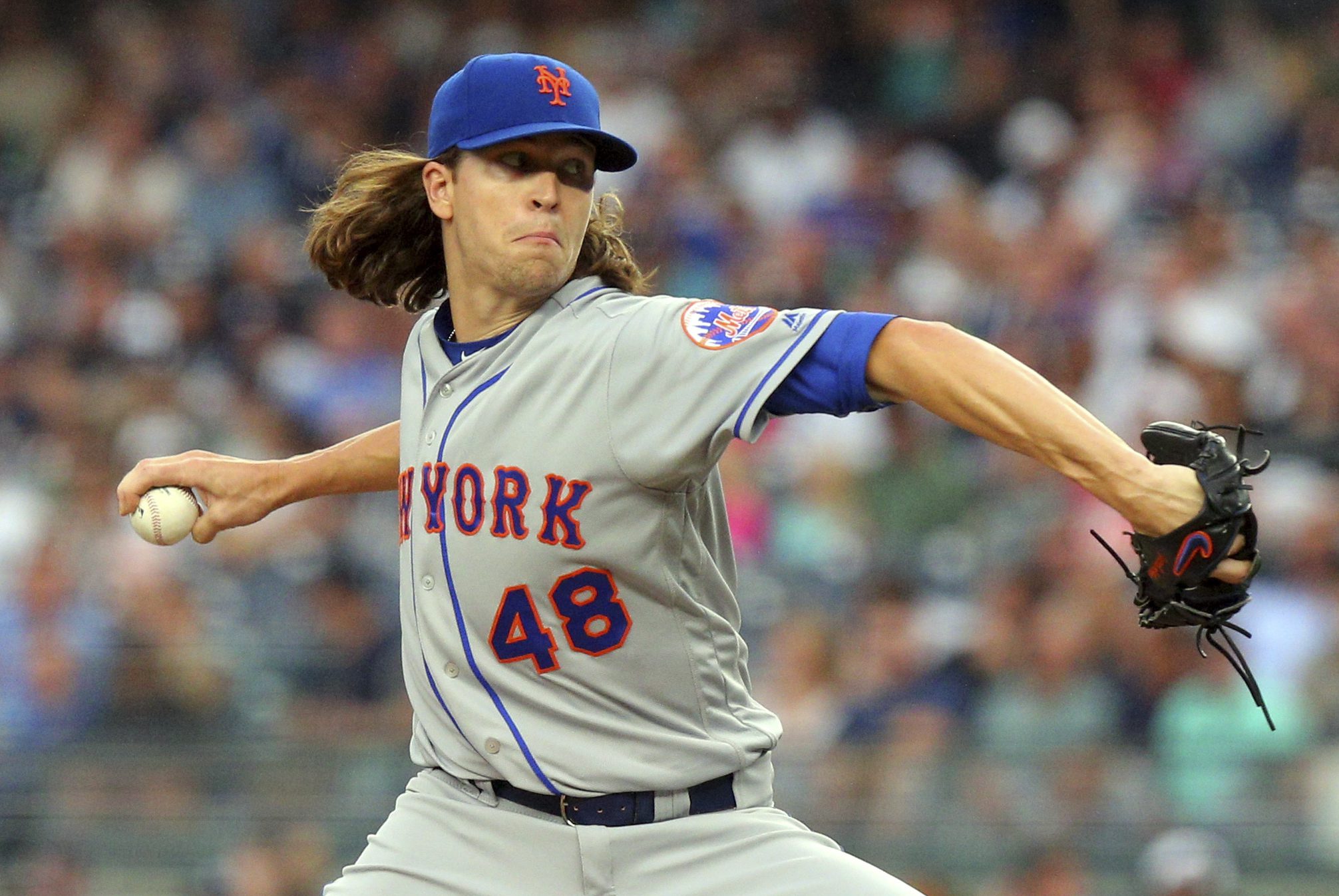 The Mets scored eight runs in support of the 30-year old right-hander, who struck out ten in six shutout innings. It marked the 15th time this season where deGrom allowed one run or fewer in a start—which is tied with Chris Sale and Ryan Stanek for the most such outings in the majors. Fans shouldn’t even count Stanek in that list because he’s really just a reliever, who starts games for the Rays. The longest Stanek has gone in a game this season is two innings. So, by all accounts, deGrom is tied with Sale.

Take a look at deGrom’s statistics and just how amazing he’s pitched this season.

I expect deGrom would be among the league leaders in wins, if he were pitching for a winning club. Take your pick—the Astros, Yankees, Red Sox, Dodgers, Cubs. He’d have a great record with any of those teams. The fact remains is that deGrom pitching for the Mets—a club that’s 18 games under .500. Even with all of his success, New York is just 9-14 in his 23 starts this season.

Again, the Mets are five games under .500 when deGrom starts this season. deGrom himself has only won six games in 2018. That’s astounding, especially when you put his numbers in historical context.

Since ERA became an official statistic in 1912 (National League) and 1913 (American League), there’s only been one pitcher to finish a season with less than ten victories and an ERA under 2.00. Fred Anderson won eight games and posted a 1.44 ERA for the 1917 New York Giants—more than one hundred years ago! Anderson pitched most of that season out of the bullpen. He started 18 games and appeared in relief on 20 occasions.

That’s just the start of it. Since baseball went to a divisional format in 1969, there’s just one qualified pitcher to finish a year with an ERA under 2.00, while his club lost a majority of his starts. Roger Clemens posted an 1.87 ERA for the 2005 Astros, but Houston went just 15-17 in his 32 starts that season. Clemens’ 1.87 ERA lead the majors in 2005.

It’s also entirely possible—if not likely at the moment—that deGrom wins the National League CY Young award. The fewest victories by a starting pitcher to win a CY Young award is 13. Felix Hernandez went 13-12, with a 2.27 ERA for the 2010 Seattle Mariners. Also, Fernando Valenzuela went 13-7, with a 2.48 ERA for the 1981 Los Angeles Dodgers. It should be noted that Valenzuela pitched in a strike-shortened year in 1981, making just 25 starts for the Dodgers.

Here’s another way to look at it. Entering play on Wednesday, there were 98 pitchers with at six victories this season. 67 of those pitchers had an ERA of 3.44. In other words, there are 67 pitchers with as many wins as deGrom, but have an ERA that’s twice as worse!

Despite the mess that is the New York Mets season, deGrom has proven a light in the dark for fans in Queens. He’s kept quiet in a season, where the Mets’ bats are silent. Let’s be fair, no one should blame deGrom if he. did Their offense has averaged roughly 3.6 runs per game in deGrom’s outings—among the worst in the majors for any qualifier. It’s difficult to feel bad for a major league player pitching at the top of his game. But in this case, someone should support deGrom. Because—other than a rarity—the Mets’ offense certainly hasn’t.